If you are looking for a really good book to read, may we recommend the book, Jane, by Donald J. Devine. We recently met the author, Mr Devine who was kind enough to give us an overview of this new book which is the first book in a four part series. Here is Mr Devine's Synopsis of the book.


Jane is a teenage slave who falls in love, but it is a forbidden love - doomed to have a tragic end. Before that can happen, she finds herself in an unexpected and violent escape.

She experiences an adventurous and harrowing flight as she tries to find freedom and a settled life. She meets interesting people and challenging situations along the way, and, grows into a confident and successful young woman.

This is a story of adventure, a coming of age, and the meaning of love and affection. It includes tales of the Underground Railroad, ambushes, narrow escapes, rescue missions, robberies, chases, life among the Quakers and Dunkards of Pennsylvania, scenes from life among the slaves and gentry in Virginia, high pitched political emotions, an election, secession and battling armies.

It explores the attitudes and values of people in both the North and the South in the critical months leading up to the Civil War, the continues through the first major events of the war: the riots in Baltimore, the siege of Washington and the first battle at Bull Run.

Local Interest; The novel is largely set in Virginia, with important action taking place in Williamsburg, Richmond, Norfolk, and along the Chesapeake Bay.

This is a book with a lot of local interest, set during the period of the Civil War. One does not need to be a Civil War buff to appreciate this book. The book's characters and it's opening setting are fictitious, however, the book is based on historical facts that have been very well researched by the author. Don Devine does a great job in keeping the reader glued to the book at all times as this story has a story behind the story.


Here is a link to Don Devine's web site where you can learn more about the book as well as finding the best way to buy a copy for yourself or to give as a gift this Christmas season. Coldriverbooks.com just click the name and it will take you right to the site.
at 12:16 AM 1 comment:

Email ThisBlogThis!Share to TwitterShare to FacebookShare to Pinterest
Labels: A Great Book Worth Buying, by Donald J Devine, Jane

Jamie Fresh Story On Ricky Nelson's Death, Was It Murder? 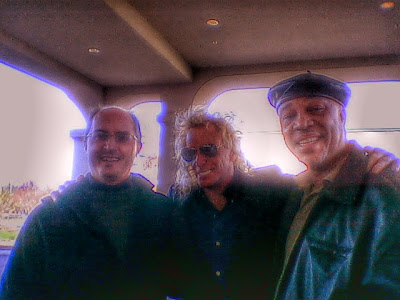 We recently ran into Jamie Fresh who is just finishing up his new book on the death of his very close friend, Ricky Nelson. Many of you might not know who Ricky Nelson is so a little background is in order. Here is the Wiki Link on Ricky Nelson. Jamie Fresh was Ricky's room mate for 2 years prior and up to the time of Ricky's death. Jamie is now exposing the truth behind his friend's early demise. Was it an accident or was it murder? The official records up to this point call it an accident.


This book has been in the making for some time now and Jamie has had his life threatened not to produce this book. Seems there are those who have deep interests in the truth not coming out. At this moment we do not have the official name of the book, but we are meeting up with Jamie within the next few days and will supply you with that information as soon as we have it. Jamie has been a very gracious host on supplying us with advanced information since our first meeting. The book is scheduled to be out within the next few weeks and will also be available on Amazon.com and we will link into the site for you on the first day available.


Part of why this is a big deal here is that we are not only talking about a book exposing corruption in the music industry, a movie deal has just been made on this book as well. So we are talking about a major media event that is coming up and grabbing your attention. Jamie is no stranger to the entertainment industry either. Jamie is a singer, songwriter and producer himself and has worked with the likes of Mark St. John, lead guitarist for KISS, Shane Bankston who was Lita Ford's drummer and many other well known musicians. How does this fit Gloucester News? Jamie has a number of friends here and has been looking into buying some local property. Jamie has two web sites but both of them are down at the moment. One is www.jamiefresh.com, (Not linked while it is down), and the other is www.rickynelsonbook.com, which is also down right now and not linked.


We will keep you up to date on what is going on as Jamie has promised to give us whatever news he can as he Loves Gloucester County, Virginia.

In The Picture From Left To Right: Chuck Thompson (Your Host), Jamie Fresh and another major player in the entertainment industry, Joel Cody.
at 9:57 PM 2 comments: