The Gloucester Daffodil Festival is this weekend, March 28th and 29th. Saturday from 9:00AM until 6:00PM and Sunday from 12:00PM until 5:00PM. Here is the link to the page hosted on the Virginia State web site. Click Here. Now the only issues we are facing this year is lots of wet weather. We plan on being there provided the weather holds up and we will get some pictures for the site for everyone. Sure to be a good time.
at 11:59 PM No comments: 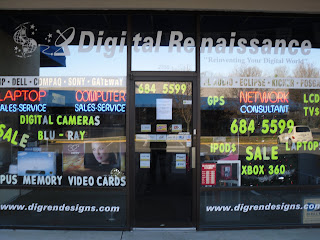 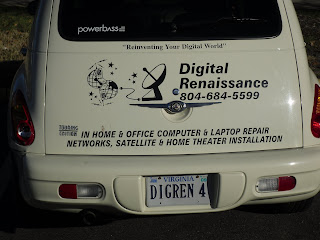 The Digital Renaissance located in the York River Crossing Shopping Center is a small but full service and fully featured electronics gear head shop. If you are a techy like me, this is your kind of store. From laptops to LCD TV's, computer repairs to computer parts, these guys have you covered. If they do not have what you want, they are likely to get it for you in a short period of time. So if you need the latest equipment or just looking for a great deal, this is a stop worth making.

Click Here to check out their web site.
at 8:18 PM No comments: 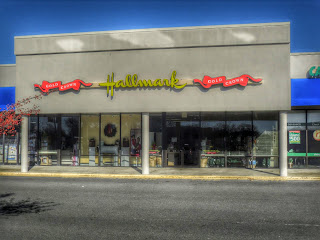 Hallmark Gold Crown store located in the York River Crossing Shopping Center by Food Lion. This is a great store with lots of wonderful gift ideas and plenty to choose from for all your holiday needs. A warm knowledgeable staff in place to help you with your gift selections. One could easily get lost in here looking at all the great items on display.
at 8:04 PM No comments: 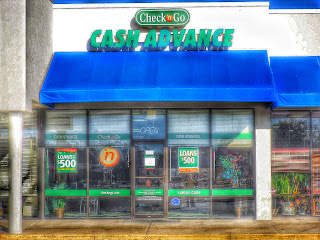 Check N Go Cash Advance located in the York River Crossing Shopping Center with Food Lion and Pebbles. They provide a valuable service, albeit very expensive to boot. The staff we spoke to were very friendly and professional. New laws have changed the way these businesses loan money and that is a good thing. If you do need a loan, you will at least feel comfortable when dealing with these folks.
at 7:56 PM No comments: 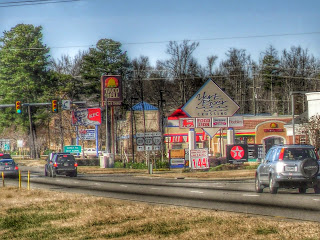 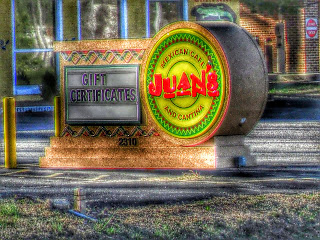 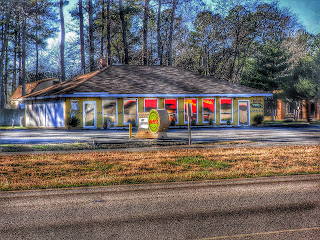 Juan's Mexican Cafe and Cantina. If your into Mexican food, you should really consider trying Juan's Mexican Cafe and Cantina. The service is good, the atmosphere is decent and the food is great. It's been a while since we have been there, but it was a really enjoyable experience. We chose a slow time of day to go so we received the best service. The staff was very friendly, knowledgeable and attentive. The menu selection is broad and appealing. Hard to choose what to order it all sounded so good.

Prices are in line with market conditions. So next time you are driving by and wondering where to eat, give Juan's a try.
at 7:30 PM No comments: 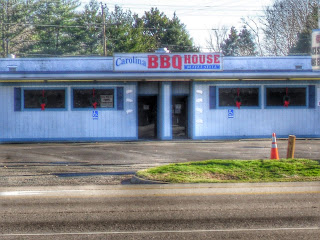 We just ate at the Carolina BBQ house. The staff was friendly enough. There is no menu, everything is buffet. The food was very hit and miss with much more miss than hit. As the name would suggest, they have pork barbecue that was average at it's best. If you wanted to make a sandwich, you had to contend with some pretty nasty rolls. They have ribs that were just poor quality and that is being nice. The scallops were good, as was the pot roast as long as you could find the meat. The sweet potatoes were worth a second helping, the shrimp was hard to find underneath the batter.

They had fish that didn't look to good. The hush puppies were good. We all passed on the salad as it was to much white lettuce that had no appeal. The cheese tasted funny. Plates took forever to be removed from the table. When you went up to the buffet, many of the plates were still wet, the silverware didn't appear all that clean and many of the plates had chips out of them. Napkins were nowhere to be found so we all used paper towels. (Very classy). Some folks sitting at a near by table were wiping off their silverware with baby wipes before using it. If you are looking for atmosphere, this isn't the place.

We had seen some bad reviews on line for this place but I prefer to find out for myself. Seems the reviews are justified. What little selection of deserts they had were not very appealing either. We went for some sort of chocolate cake and my wife found a nice long hair in it. (Happens in buffet settings). I couldn't bear the taste of it. Given the price for the meals, I would have rather given the money to charity. If you are picking the best and worst of Gloucester County, this one is on the list for worst.

We have friends that go to this restaurant on a regular basis and really like it. It is a country style restaurant with some, (but very little) down home cooking. If you have never tried this place, consider yourself lucky. Spend your money somewhere else.
at 6:46 PM No comments: