Accident With Fatality On 17 North and Providence, Gloucester, VA 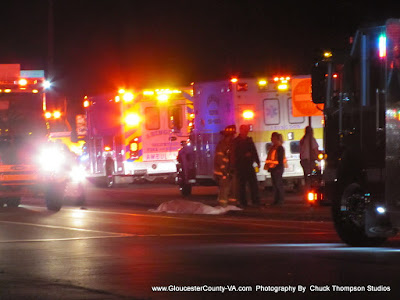 An accident with a fatality occurred about 8:00 PM on December 15th, 2015 on route 17 north and Providence Road in Gloucester.  As we understand the situation having talked to several witnesses, a vehicle broke down around the Gloucester County garage on 17 and was blocking traffic to some extent.  A young man and woman stopped to help move the broken down vehicle off the highway and over to a safe area.  The vehicle that was broken down as identified by witnesses is a red car that appears to be a Honda Civic. 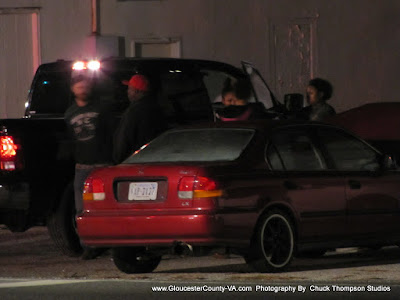 The vehicle that was broken down is pictured above.  As we understand what happened is that a man who helped move the vehicle to safety started running across the highway again and was struck by an oncoming pickup truck as it was explained to us.  Below is a slideshow of pictures.  This tide up traffic both North bound and South bound for hours making it very difficult for people to get to their destinations.

I was assaulted by two firefighters in front of a witness while getting these photos which is a Virginia violation, Virginia Code 18.2-57(a).  Two men from one of the firefighters crew came up to two of us who were standing off to the side of the road, in no way interfering with the duties of any of the emergency workers.  A first amendment violation, an attempted suppression of news, and a Federal Violation 42 USC 1983, Civil Rights violation against me.  They threatened to take my property, told me that they did not want me to take any pictures and told me that I had to go back home, wherever that was.  I feared violence from these two men. 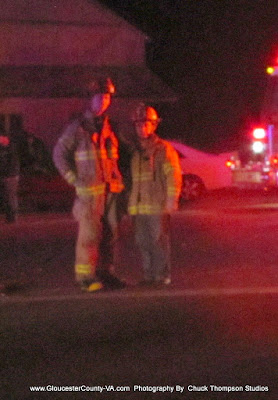 Above is a picture of the two men in question before they approached me in front of a witness.  The picture is lousy and it is not easy to identify these two men.  I can not identify them and have no idea who they are. 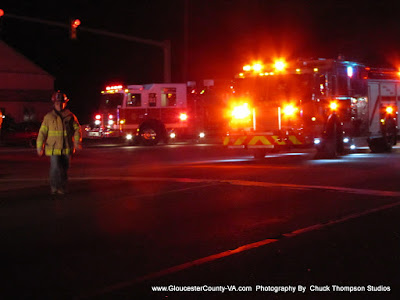 This above picture is a better view of one of the two men who assaulted me just as he and his partner walked over to me.  As you can see from the picture, I was on the side of the road and no where near the accident and in no way could be interfering with them doing their job.  I was the only one told to leave the area.  The witness next to me was not asked to leave and was not harassed or assaulted.

This should not be viewed as a negative against the brave firefighters here in Gloucester County.  We have the utmost respect for the hard work these folks do.  It is a shame that two have stepped outside of the scope of their duties to try and bully and assault me for no apparent reason.

We have a short video clip showing the accident scene.  We do not have the name of the victim and even if we did, could not publish it until released by the Sheriff's office.