HUMOR ME By: Violet 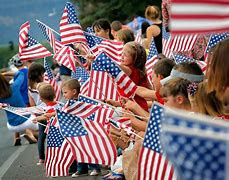 Humor me a moment, while I tell you of a time when there were people who respected themselves and others. That's right. There was a time parents protected their daughters like they were a momma bear protecting her baby cub. Then one day, and I am telling you it came from out of the blue....Momma's started putting their daughters on birth control and giving them permission to share themselves freely. I know...you don't see anything wrong with that. Personally, I see a problem!!! Since when should your daughter be passed around like a slab of meat and why...for God's sake why would you want that?

Humor me once again, when I tell you that sexual immorality was not always prevalent. People knew what they were and they acted the part. There was no confusion about their gender but then one day...parents stood up and said...."My son don't want to be a boy so by jeezus he's a girl." And you call that, what? I guess since your kid should have anything they want them give them the impossible, right? Fact is..... you got them testosterone's or progesterone's for life BooBoo, whether you like it or not. Yup...wanna be men menstruate and wanna be women get erections it's just the way it is. Then parents supported the sex change some even claiming 8 year olds know what hey want. Have you ever looked up the ratio of how many transgenders were truly happy afterwards and how many still felt inadequate even after the change? You should...... depression doesn't go away with an operation. The pain is deeper than that...See, loving oneself can bring an eye opening experience to life,  you no longer settle for anxiety pills and drugs....they didn't fix it anyway. I just wonder how many of those kids were told they'd never amount to anything and just ended up disassociating from that role? Therefore, being a man would be something they didn't want to attempt? Heck, I don't know folks, but it seems confusion has filled our younger generation at a rate faster than anything I have ever seen on a NASCAR track.

Humor me a moment or two longer please, I forgot to mention the young girls who weren't given the pill by their doting parents. Or those few remaining who were taught how to love and respect themselves. Yea, those other girls who are left raising babies in poverty or leaving them behind for their grandparents to raise so they can go out and create more babies they really don't want but without an education the only way out is to allow the government to send them food vouchers and government housing. Do you see where this has taken us?  Yet, even worse, the unimaginable killing of unborn fetuses and who would have ever dreamed that one day you could kill it upon it's first breath. Much like what we saw when they killed all the babies because they heard the Christ was born, eh? And if you really want to think about it...like Sodom and Gomorrah . Be careful folks.....I found out sometime ago that compromising with God is not an option. Ponder that...... for your sake not mine.

Humor me please, as I close..... you may not remember this but there was a time people took their children to church, they taught them to love thy brethren but to also....know when to wipe the sand from their feet. Do your children know and understand this concept? Are they strong enough to stand on the concept or have they been pitied so long they don't think work is a necessity but something their parents must do until the government will. Yet, father's allow their grown son's to sit on the sofa all day and play XBox and yet they complain about him lying around. Work my friends....it will kill that depression that has you thinking you aren't what you are....by the way, there is no gender neutral and anyone who tries to tell you that is leading you down a very dark alley. Hopefully you will ponder my thoughts and recognize that we are a day late and a dollar short from correcting the damage we have done and allowed to have done to our children by allowing a village to raise our children.

My advice.... PRAYER...some prayer, some power. More prayer,  more power. Lot's of prayer, lots of power. Have you displayed the power that has been gifted to you?  Humor me.....try it and see how it works out for you. I mean....how much worse can it  get?