All Gloucester Schools In Violation of The US Constitution 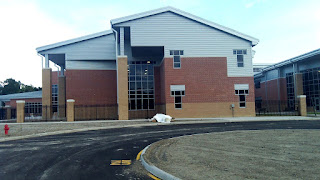 Gloucester schools and all schools across the country all operate in violation of the United States Constitution in our opinion.  And we are going to show you why.  Everyday parents are forced to put their children on a bus or walk them to school against the child's wishes and in many cases, against the will of the parents.  That's called kidnapping.  If parents don't send the child or children to school, the parents get into trouble with some crazy claim that they are damaging their children.

There is no provision in the United States Constitution that provides for this.  Children are then imprisoned for hours against their will and forced to work without compensation in violation of the 13th amendment which clearly reads as follows.

Neither slavery nor involuntary servitude, except as a punishment for crime whereof the party shall have been duly convicted, shall exist within the United States, or any place subject to their jurisdiction.

Please explain what crime a child has committed that subjects them to such cruel and unusual punishment?  Children are then normally sent home after hours of incarceration to be further punished with what is referred to as homework.  Again, what crime have they committed?  It's called education but is it really?  It's indoctrination and propaganda mixed with some education so that those who run these enterprises can confuse folks into saying it's education.  Money is extorted from the masses of local citizens, many against their will, to support this criminal activity.  Here is what James Madison said about the powers of congress regarding the Constitution.

So according to Madison, our government does not have a right to take our children from us and tax us for what government these days calls education.  So where does the power come from?

The right to a free public education is found in the various state constitutions and not in the federal constitution. Every state has a provision in its constitution, commonly called the "education article," that guarantees some form of free public education, usually through the twelfth grade. The federal constitution, on the other hand, contains no such guarantee. In San Antonio Independent School District v. Rodriquez, the U.S. Supreme Court in 1973 held that education is not a "fundamental right" under the U.S. Constitution. Thus, as a matter of constitutional law, the founding fathers left it to the states to decide whether to provide an education or not and, if deciding to provide one, determine at what level of quality.

The Federal government involvement comes from the so called spending clause, which again, referring to Madison, Congress simply does not have.  For more on what the states are doing, check the link here.  https://education.stateuniversity.com/pages/1882/Constitutional-Requirements-Governing-American-Education.html

And, the state's constitutions were not originally set up that way.  Therefore they can and should be considered null and void.  If you are sick and tired of paying for insane indoctrination policies being put on the youth of this nation that have already been proven dangerous, take action.  Stop sending your children to these decrepit institutes of degradation.  Home school.  You do not have to follow their agenda on home schooling either.  Teach your children civics, their natural rights.   No state has the right to take your children at any time for any reason.  Your children are your property.  Government has no say in that area.  Free education was a socialist policy that was allowed into our society and has had crippling negative effects ever since.

https://www.home-school.com/Articles/the-history-of-public-education.php  Here is a great resource for the birth of government controlled education and it's nasty foundings.  It's foundation, morally bankrupt.  That trend has only continued with great fervor.  It's time for a new war on education, or the end of government controlled indoctrination.
at 8:49 PM No comments: