Top 10 Businesses Killed By The Internet

And We Are Helping The Continued Destruction Of What Remains.  Why? Simple, we can do more faster and cheaper and when required, with much more depth.  Newspapers can't include the depth, the TV news can not include the depth, books are not capable of delivering multimedia.  Only on the Internet can you include audio, video and entire articles plus include full length books in a small area of a page.  Stories can be delivered instantly.  The Internet goes head to head with live TV and goes far beyond radio.

We deliver articles, entire books, audio, video and radio right here and we also have coupons and software that we give away on other pages linked from this main site.  No other medium can deliver this. 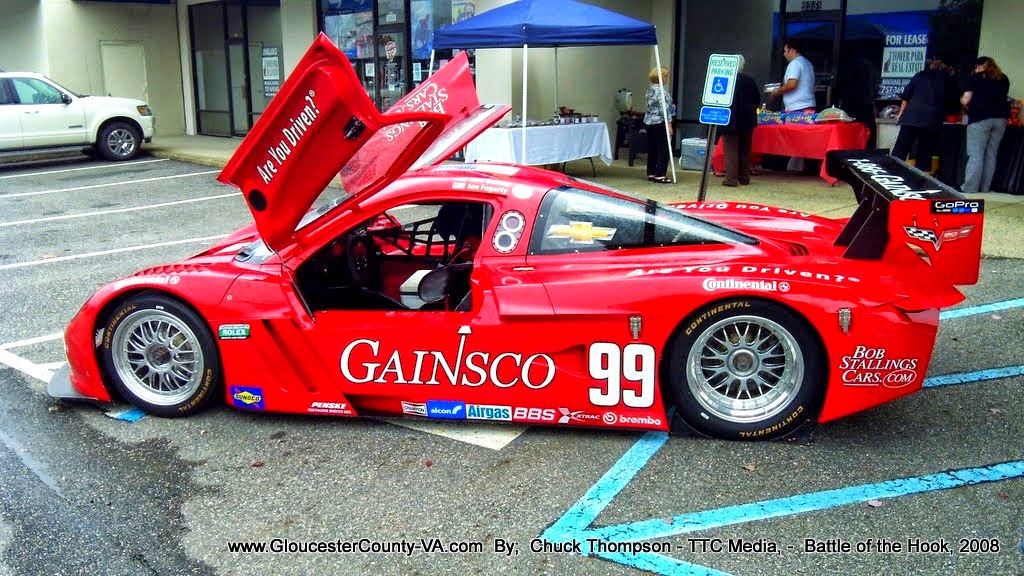 Last Saturday this custom Corvette Race car was out in front of the Commonwealth Insurance Center by Food Lion in Hayes. 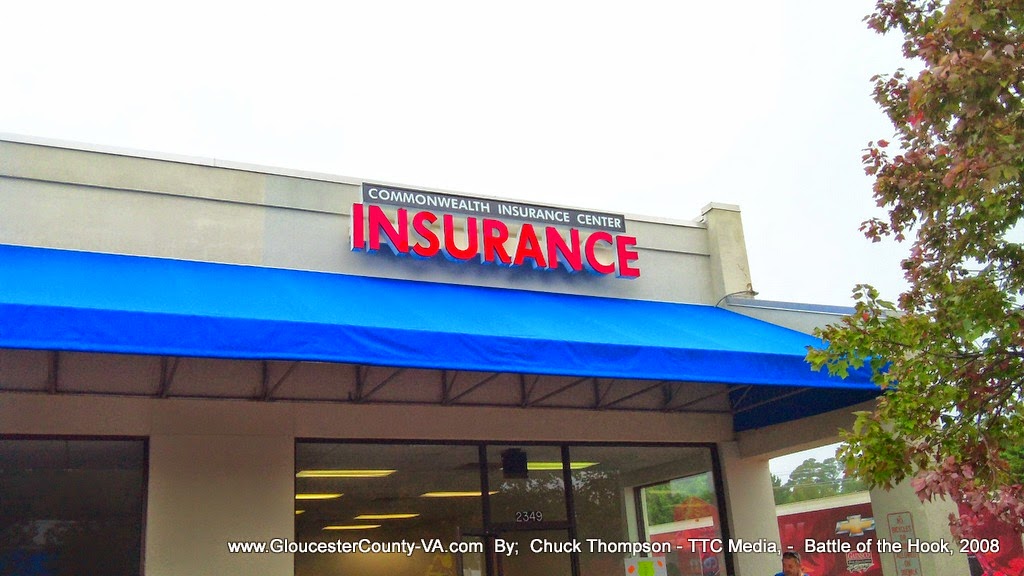 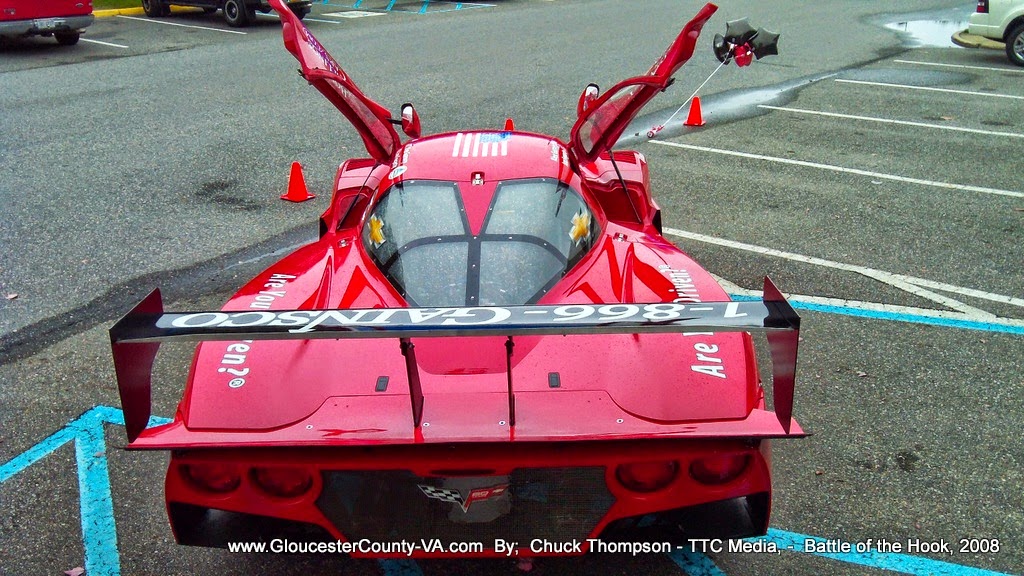 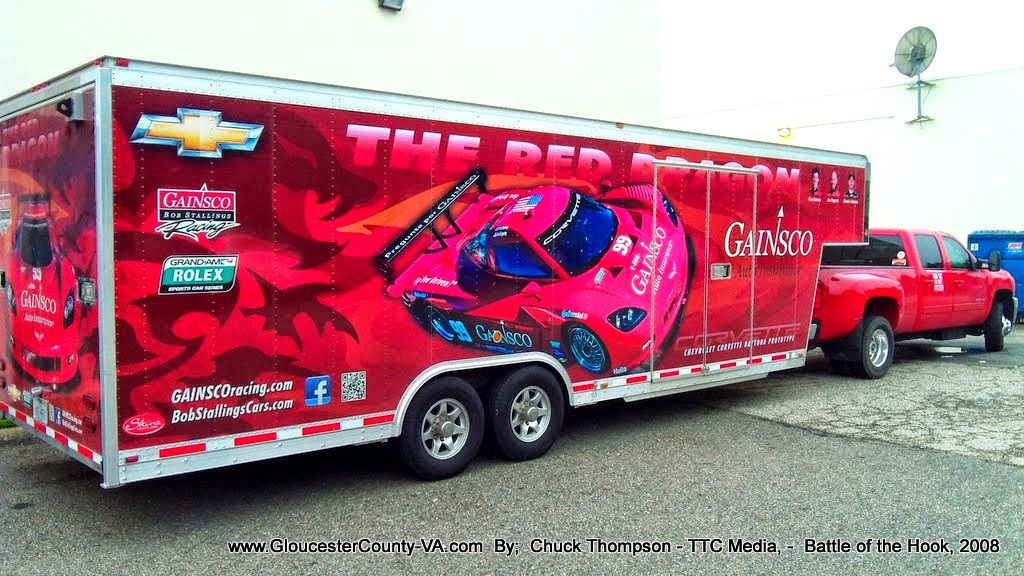 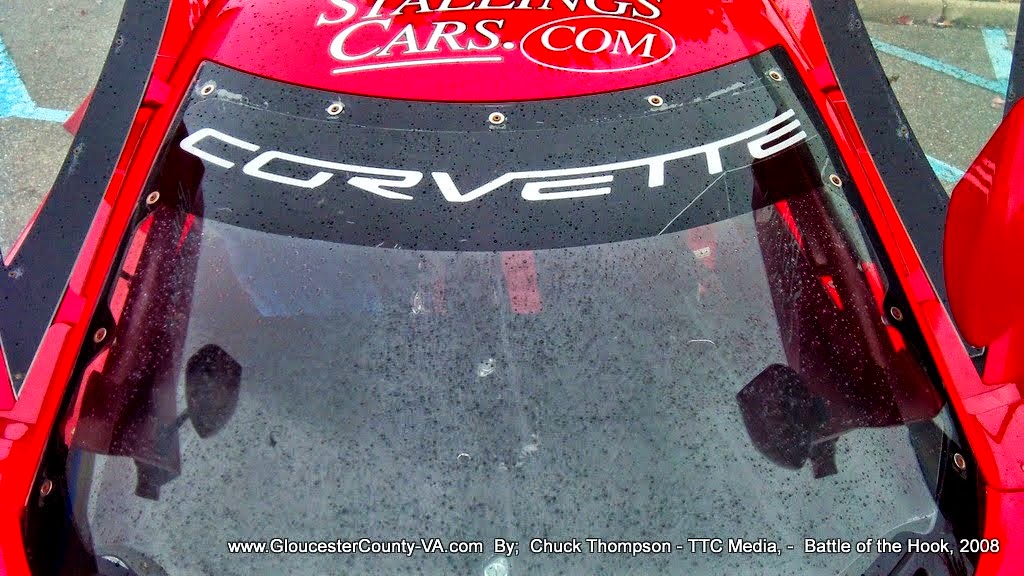 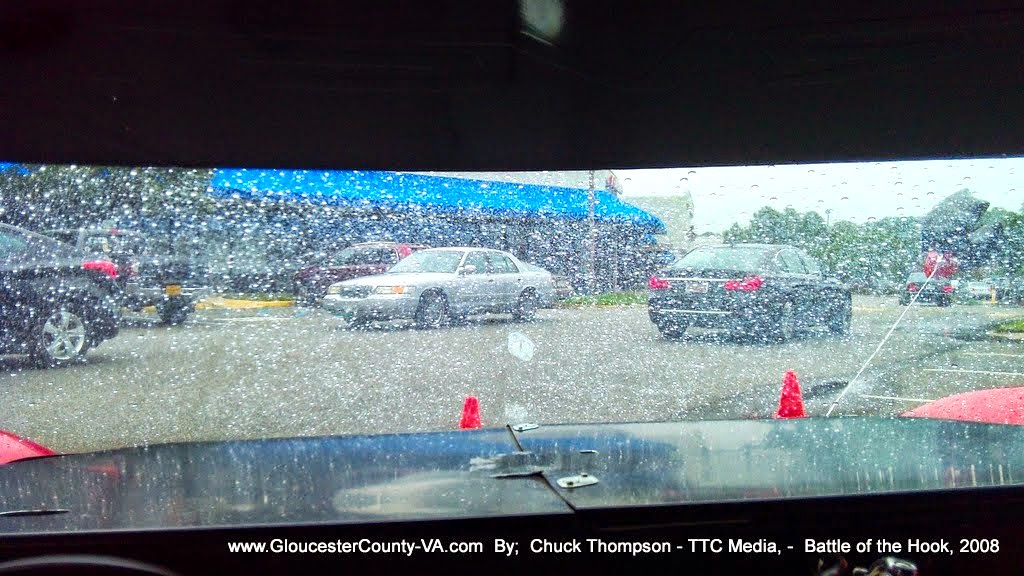 Picture from inside the car looking through the windshield.  Yeah, we got to sit in this. 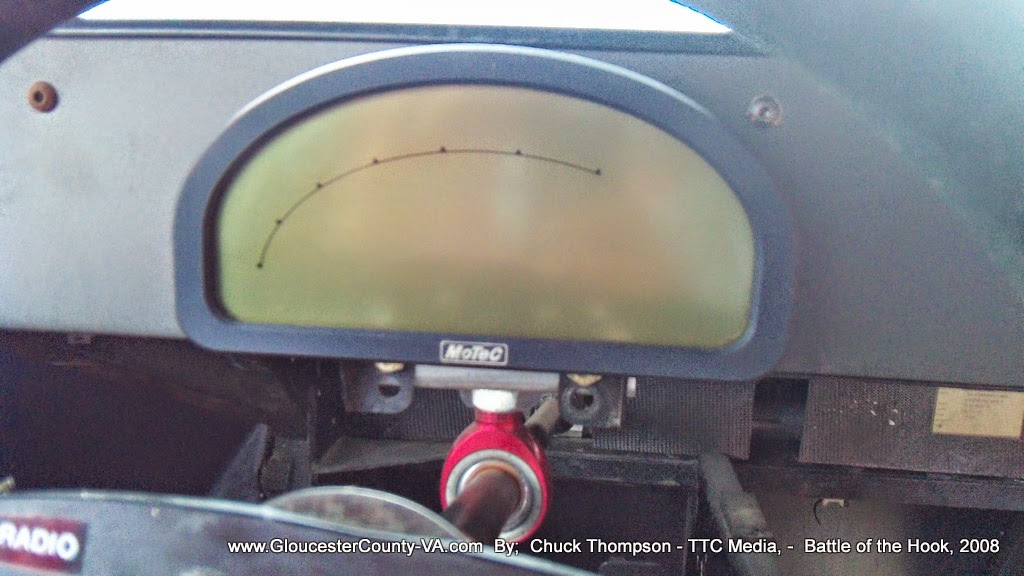 This is the dash board that the racer sees. 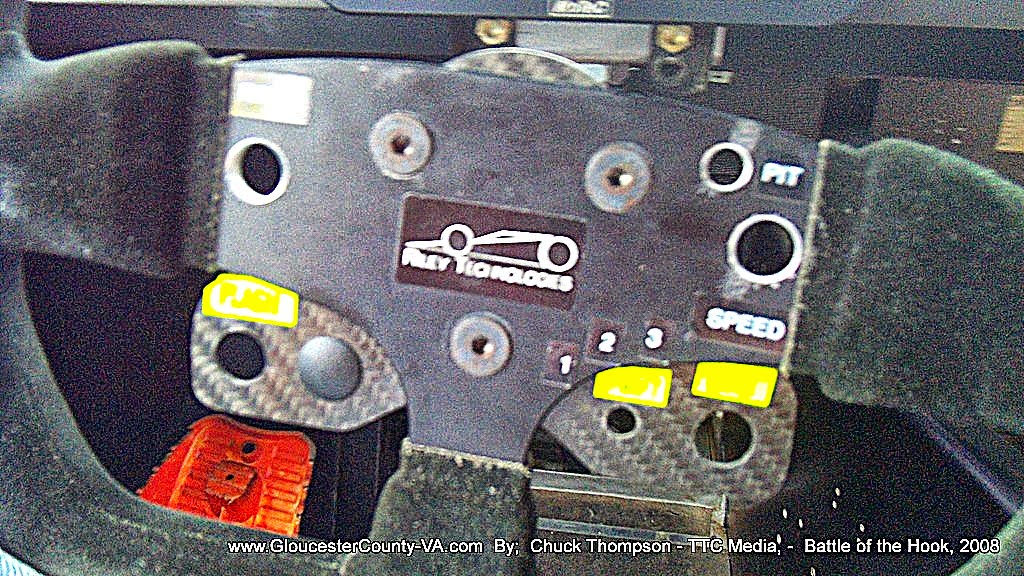 Steering wheel.  Not much inside. 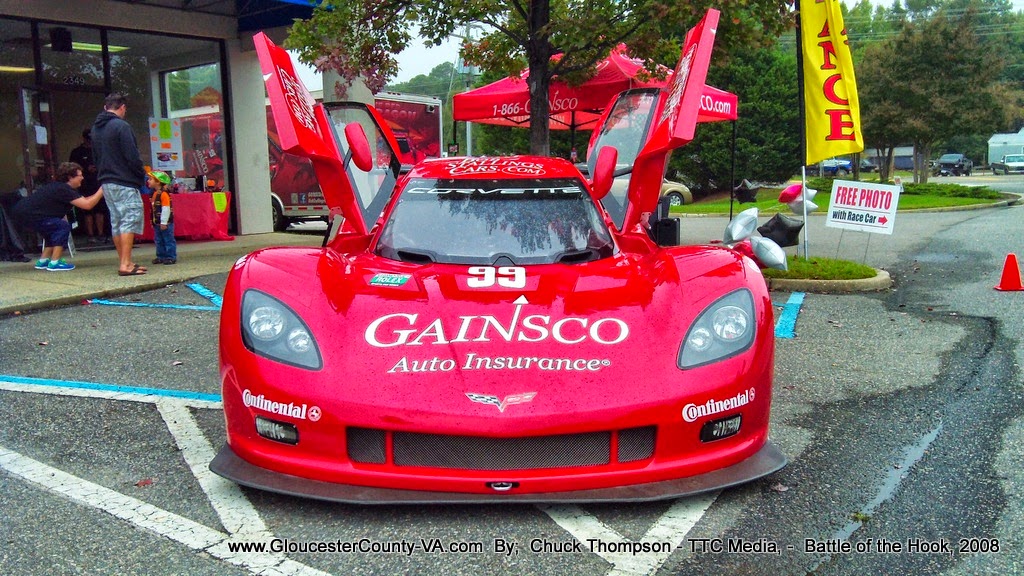 You have to love these doors.  Not your typical Corvette. 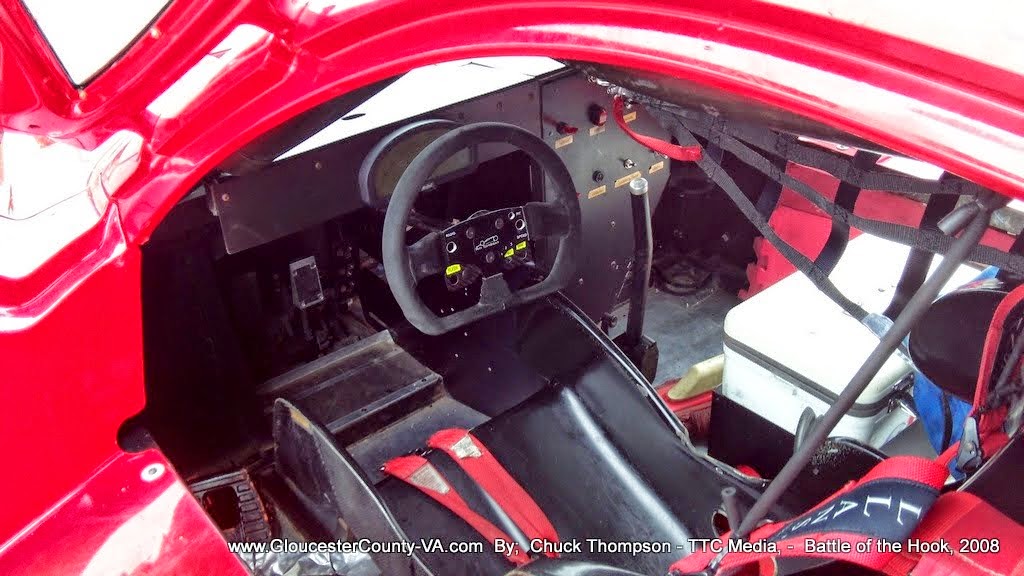 Yes, it's only a one seater.  We have more pictures of this car on both Google Plus as well as on Flickr.

The above link should take you right to the Flickr site where these are at the top of the main board at this time.  We have 59 pictures total up for this vehicle there.

The car was featured at the Commonwealth Insurance Company and the fine folks there were giving away free food, snacks and drinks while giving anyone interested free insurance quotes.  Now you have to love a business willing to go through so much trouble to prove to you they are worth your time.  If you get a chance, I am sure they would love to give you a free no obligation insurance quote to see if maybe you are presently paying more than you need to.
at 8:08 PM No comments: 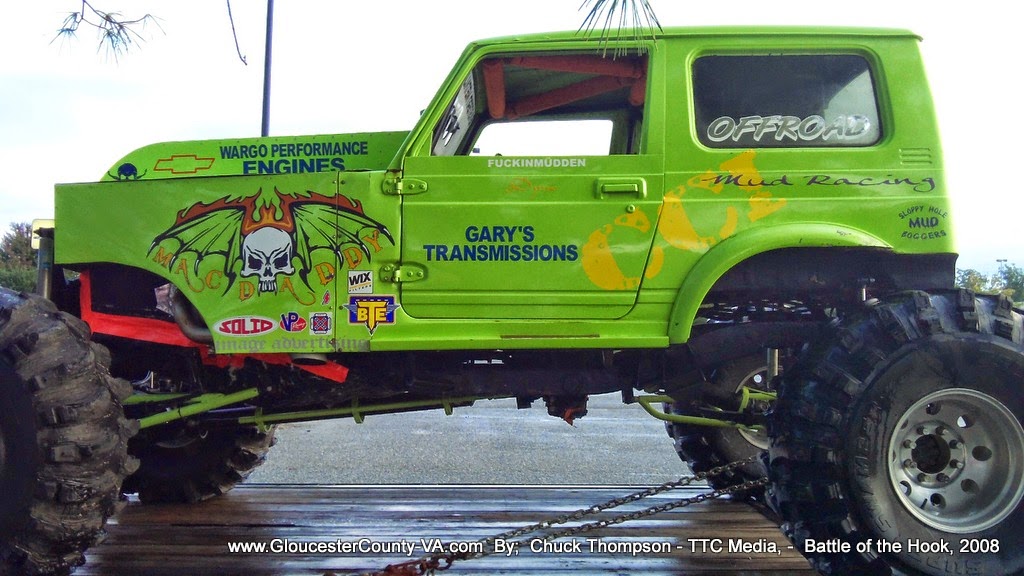 Some pictures from last weekend.  We got a chance to get pictures of this vehicle before the race last Saturday. 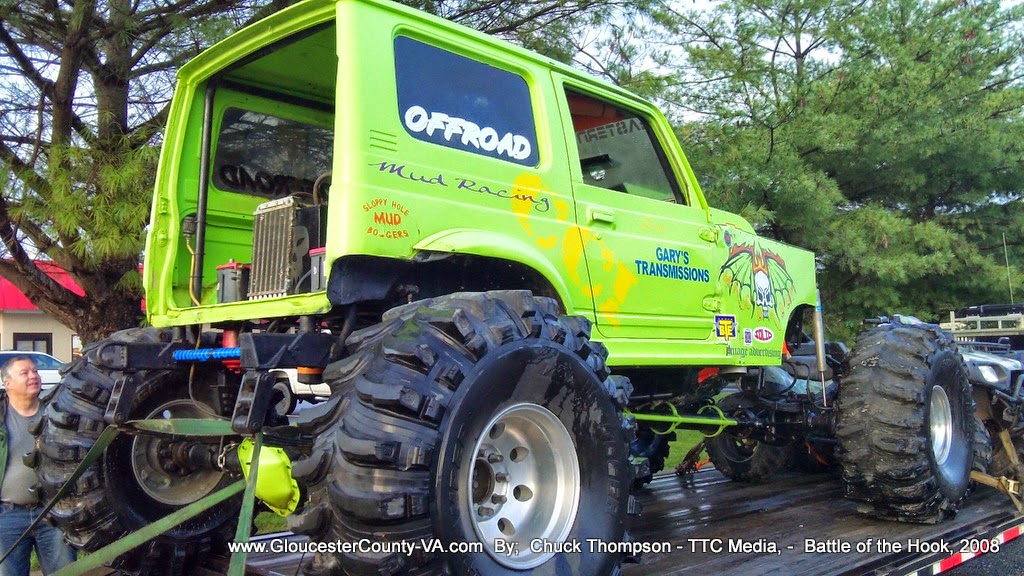 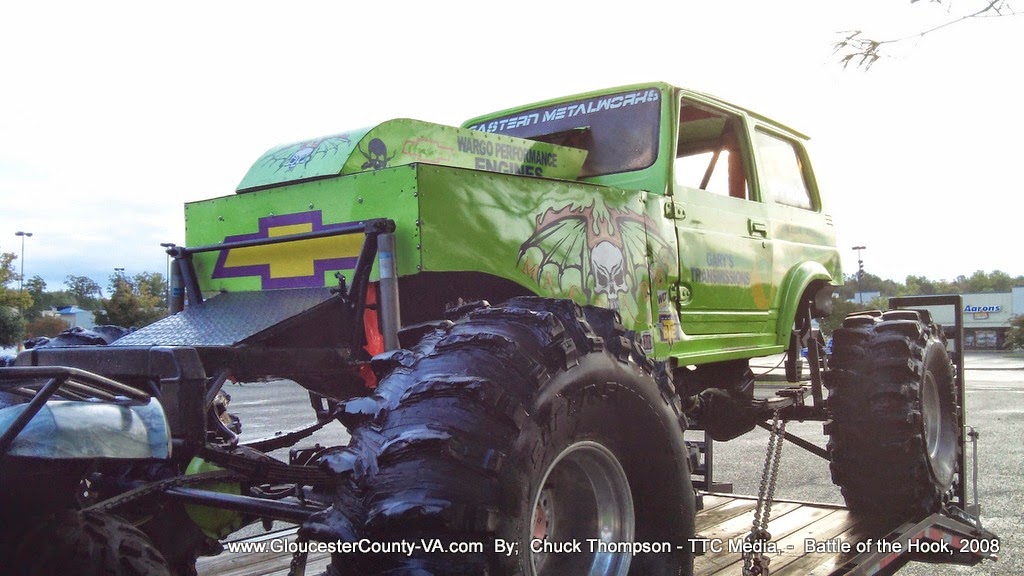 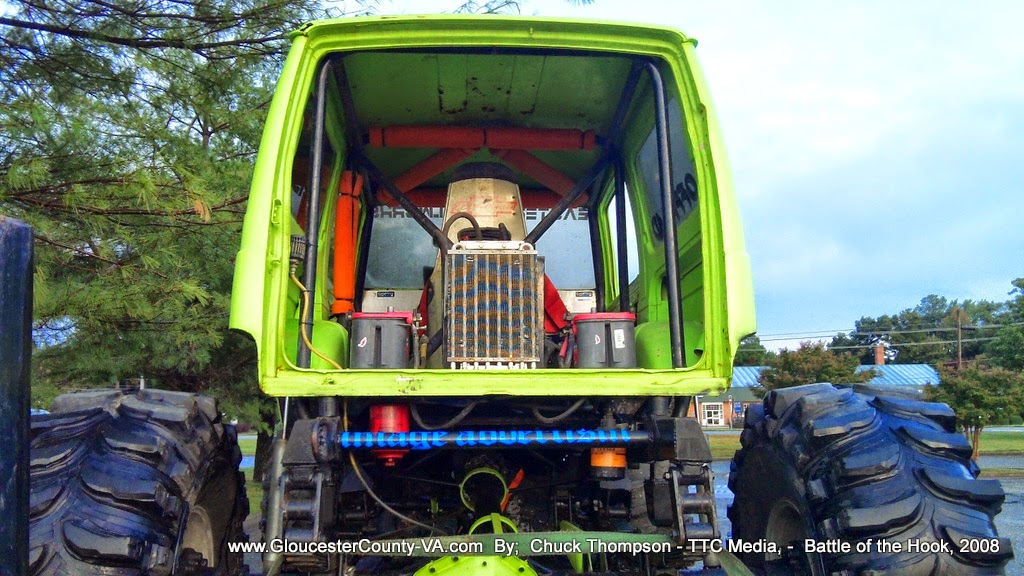 Some great views of this custom mud racer.

It's time to put your money where your monitor is! And, while it doesn't grow on trees, it does in your hard drive!  Bitcoin news.

RICHMOND – Governor Terry McAuliffe announced additional appointments to his administration today. The appointees will join McAuliffe’s administration focused on finding common ground with members of both parties on issues that will build a new Virginia economy and create more jobs across the Commonwealth.

Secretariat of Veterans and Defense Affairs

Jaime Areizaga-Soto serves as a military attorney (JAG) in the Army National Guard, holds the rank of Colonel, and commands a Judge Advocate Detachment. In 2013 he was activated to attend the war college (Inter-American Defense College) in Fort McNair from which he recently graduated and where he served as class president. He is a former White House Fellow at the U.S. Treasury Department and served as the Senior Attorney Advisor at the U.S. Agency for International Development (USAID). Mr. Areizaga-Soto graduated from the School of Foreign Service at Georgetown University and upon graduation was commissioned as a Second Lieutenant in the U.S. Army. He holds a Masters of Science in Security and Defense from the Inter-American Defense College, a Mágisterfrom the Academia Nacional de Estudios Políticos y Estratégicos (ANEPE) of Chile, and ajuris doctor and Masters of Arts in Latin American Studies from Stanford University. He is a 2009 graduate of the University of Virginia’s Sorensen Political Leaders Program. He serves as Vice President of the Hispanic National Bar Association (HNBA), is a lifetime member of the National Guard Association of the United States (NGAUS), and is fluent in French, Portuguese and Spanish.

Secretariat of the Commonwealth
Board Appointments

Board of Visitors for Gunston Hall

(In An  Effort To Spread The Fear:)

Governor Terry McAuliffe announced today that the Commonwealth is taking additional steps to strengthen the level of preparedness for the Ebola virus by mobilizing a statewide unified command group. This group is responsible for coordinating resources and personnel.

“The Virginia Department of Health works every day to prevent the spread of infectious diseases of all kinds,” said Governor McAuliffe. “The department’s focus will be to keep the community informed, and ensure that, if there is any risk, the appropriate public health actions will be taken.”

“Ebola prevention is based on principles and approaches that we use every day,” said State Health Commissioner Marissa J. Levine, MD, MPH, FAAFP. “However, there are unique aspects of Ebola that require us to make sure our plans and processes are up to date for this new concern.”

Dr. Levine has activated the regional hospital coordinating system, which was developed after 9-11 and the anthrax attack of 2001, to assess our capability in each region of the state and ensure appropriate coordination. The Virginia Department of Health will lead the state’s ongoing health preparedness efforts supported by these other agencies.

VDH, including its 35 health districts and local health departments, is working closely with the state laboratory (Division of Consolidated Laboratory Services), individual hospitals and first responders/EMS to make sure they have adequate training and protocols, established with the best guidance available, to care for Ebola patients safely. Following these guidelines thoroughly will help health care workers who are caring directly for patients with Ebola stay safe from infection.

Over the next several weeks, this group will be developing additional statewide protocols for first responders to enhance their safety and readiness.

"Building a new Virginia economy where all children have the opportunity to succeed starts with healthy and productive livelihoods, both at home and at school," said Governor McAuliffe. "I was proud that Virginia partnered with Jake Steinfeld to bring the National Champion Schools campaign to the Commonwealth and provide three schools with brand new fitness centers. I look forward to working with these schools and with schools across the state to promote health and wellness for all Virginia children."

“I’m fired up to be in Virginia today to cut the ribbon on their brand new Live Positively Fitness Center.  Governor McAuliffe and the First Lady immediately jumped on board and embraced our vision of building a nation with the fittest kids in the world - one school at a time.  They recognize how important healthy kids are to the future of this great state!” said Steinfeld.  “Today’s leaders – whether in schools like Huntington Middle, Chesterfield Academy or Fairfield Middle or companies like Coca-Cola and AOL – understand the value of bringing innovative fitness ideas to students.  This new fitness center will provide generations of students with the necessary tools to make physical fitness activities part their daily routine.”

“I am so happy that Virginia was able to partner with The National Foundation for Governors' Fitness Councils to provide these schools with tools and resources to enable Virginia children to lead healthy, productive lives,” said First Lady Dorothy McAuliffe."A thriving economy starts with thriving students, and physical fitness and access to nutrition play a major role in that success. Through this partnership, Virginia is building a foundation for students to excel, both at school and in their future careers."

The National Foundation for Governors' Fitness Councils program plans to bring its challenge to all 50 states in the coming years. An attractive and unique feature of this campaign is that the Live Positively Fitness Centers are fully funded through public/private partnerships with companies like Coca-Cola and AOL and does not rely on taxpayer dollars or state funding. Live Positively is part of Coca-Cola's commitment to bring people together to make a positive difference, which includes supporting physical activity programs.

Drink Coke, Be Healthy?  Any other bright ideas?  Run and Smoke?  Brought To You By Phillip Morris?