Gloucester County has published it's planned budget for physical year 2010. According to the submitted and published budget posted on the Gloucester County Government site, the budget is being cut by over $18 million dollars. The new budget is listed at over $104 million dollars for the county. With a county population of somewhere around 30,000 people, that is over $3,600.00 for each person in the county. Click here to get a copy of the 168 page PDF file. Under 1mb in size. Click Here to go to the site.


Okay, great we have a budget. My question isn't the budget, but instead, how much money does the county have that is well above and beyond the budget. Companies have budgets. People have budgets. It does not answer how much money is actually in the coffers and available. If school funds are being cut in the budget, why? It's a budget. How much money does the county actually have? This is the Billion dollar question. The state has been cutting the school budgets and now the schools are all crying and cutting back. It's a budget. Someone took money from somewhere and said this is what we are allowing you. Please do not explain simple economics to me. I'm aware of them and it would only be a diversion of the real question.

If I make $100 thousand a year and decide to live on a $30 thousand dollar budget, that's all it is. A budget. I still have that $100 thousand dollars a year coming in. There is still $70 thousand left unaccounted for. Anyone ever ask this question? I'm not saying or even suggesting that the county would ever even consider doing anything wrong, there is nothing wrong with the above situation.


For those parents that did not get a chance to attend the awards ceremony today. We only filmed two tiny video clips, but it gives you an idea.
at 9:59 PM No comments:

Email ThisBlogThis!Share to TwitterShare to FacebookShare to Pinterest
Labels: Man Crashes Car In Gloucester While Trying To Evade Police

Major Drug Bust at the Encore Lounge in VA Beach

Email ThisBlogThis!Share to TwitterShare to FacebookShare to Pinterest
Labels: Major Drug Bust at the Encore Lounge in VA Beach 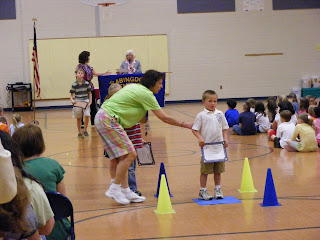 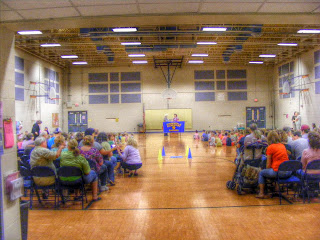 Today Abingdon Elementary School had it's awards ceremony at the Gym. The first set was for k through 2nd grade starting at 1:00 PM followed by 3rd through 5th Grade starting at 2:00 PM.
at 9:17 PM No comments: