$6 MILLION DOLLAR LOAN AND A NEW TAX? Is Gloucester, Va. Heading In The Right Direction? 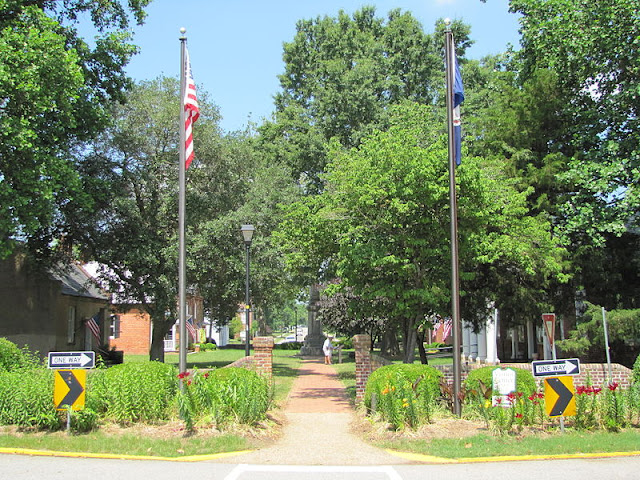 The Gloucester County public school system, county administration, the School Board and the Board of Supervisors are pushing for a new 1% retail sales and use tax. The final decision about this tax will be made when the citizens of Gloucester vote on November 3rd. Many Gloucester citizens have been led to believe this tax is needed to prevent future real estate tax increases related to renovating and or constructing new Gloucester public school buildings. The same real estate tax insinuation was also used when the powers in control entered the landfill contract with Waste Management and when the Commonwealth started the lottery. They are also expecting to get our consent to borrow nearly $6 Million on September 1st. Remember, Silence is Consent.

Before deciding whether to consent to more borrowing or voting for or against the new tax, everyone should ask themselves; are those people really being responsible with the money they already get from us? It is my hope that I can open more citizens’ eyes to some, not all, of what they use our tax dollars for.

As you know, we have two public libraries. Some years back the powers in control decided to abandon our two libraries and began to rent spaces for them. It now costs us over $270,000 per year in rent payments alone. This has been going on for more than 20 years. That $5 million could have gone a long way towards building two libraries on land the County/School system already own.

Several years ago, we began renting our Public Health Department space after the powers in control vacated a building we already owned. Now we are paying over $86,000 per year in rent alone. The state reimburses us for that expenditure, making it appear like a good deal on the surface. But remember, federal money, state money, County money, it’s all the People’s tax money; right? What most people don’t realize is, when we previously owned our own space, the state was renting it from us, not from the Main Street Preservation Trust through us. Owning our own space again would generate enough long term revenue to maintain the space and offset some of the 45% Health Department cost share the County pays to the state or offset the cost of the department’s phone service; which annually are more than $450,000 and more than $10,000 respectively.

Several years ago, the powers in control of our County and Schools began to focus on building a new transportation facility for our School System. (Well, if the truth be known, they were factually focusing on vacating the bus garage and old Page properties to satisfy an adjacent landowner, but that is another story.) When an analysis was done of the County’s and the School’s existing transportation facilities, the County’s repair garage that was located at the intersection of Providence Road and Route 17, was finally publicly exposed to be in extremely poor and non-OSHA compliant condition. Instead of consolidating our County and School System transportation and repair facilities by renovating and expanding the existing bus facilities, the powers in control have decided to build a new School System transportation facility next to the new Page Middle School and the County now rents garage space from Bay Transit.

We currently pay for two finance directors: one in the School System and one in County administration. Their combined base salaries alone cost us over $235,000 in 2020.(See SlideShare below) The school system does not write checks or pay bills and all our tax money flows through the County finance office and the Treasurer’s office. Wouldn’t it be more economical if the School System and the County combined financial services at the County level instead of paying for two directors? The same type of consolidation could occur with information technology, facilities maintenance, grounds maintenance and transportation.  Consolidation of County and School System services would save well over a million tax dollars annually.

To some, Animal Control is a wonderful department, to others it is an overreaching arm of our local government. No matter what side you are on, I hope we can all agree that we do not need Animal Control employees patrolling our roads and streets looking for infractions or unreported loose animals. It should be a reactionary department, not a policing agency. We certainly do not need an Animal Control employee driving a taxpayer vehicle to Gloucester Point Beach twice a day to walk out on the pier far enough to view the people laying out and then driving around the swimming pool at the Gloucester Point Yacht Haven on his way back to Route 17. This has been going on for at least four years that I have witnessed. Wouldn’t we save tax dollars if the County Administrator reined in such wasteful behaviors?

We currently have a County department called “Community Engagement and Public Information”. (It was previously titled “Community Education”). This department’s budget is currently $575,591; $530,381 of that is nothing but salaries and benefits. This department performs functions normally performed by the School System, County administration, social services and I.T. They produce the Beehive printed newsletter and the Gloucester County Town Crier online newsletter. This department also acts as the Freedom of Information Act facilitator. Seven employees from this department facilitate community use of seven of our nine school facilities. The department also facilitates connecting the community with various nonprofit and nongovernmental organizations. Close to a half million dollars could be saved annually if this department were dismantled and the functions they perform returned to where they belong; the School System, County administration, social services and I.T. As for a Freedom of Information Act facilitator, there is no state or other code requiring such. Department heads and County administration could receive and respond to such requests.

Between 2018 and 2020, the budgets for the following County departments increased by the amounts shown. (See SlideShare below)

From 2017 to 2021 the Gloucester Schools Superintendent’s salary increased by nearly $55,000. (See link below to 2017 news article referencing the Super’s pay and the SlideShare below)

There were other, less significant increases and a few decreases. The most significant decreases are as follows.

As we see, our local government keeps getting bigger and bigger and costing more and more of our hard-earned dollars. Now the powers in control want us to a submit to paying for a $6 Million loan and another 1% increase in our local retail sales and use tax: all for our School System. We must not forget, former Governor Terry McAuliffe made Gloucester part of the future Historic Circle (Currently known as the Historic Triangle). Once that transformation is complete, Gloucester will be added to the Tommy Tax localities. That will be at least another 1% tax added to our local retail sales and use tax. When will it stop? Not until we say enough is enough.

They are telling us part of the $6 Million loan is to build a new bus loop at Abingdon Elementary School. What they are not telling us is the contract for the bus loop was awarded back in February for $541,599.08 and is almost finished. (See SlideShare below.) In the loan information they are saying it will cost $790,000. (See SlideShare below) Why are they borrowing money for something that is nearly finished and why are they saying it will cost more than the contract price? At-Large Supervisor Ashley Chriscoe had this to say:

“The Achilles bus loop was started with the intent we would Need to do this borrowing to pay for it.”

Except in emergency, no order for delivery on a contract or open market order for supplies or contractual services for any county department or agency shall be awarded until the chief financial officer has certified that the unencumbered balance in the appropriation concerned, in excess of all unpaid obligations, is sufficient to defray the cost of such order.

If they knew they were going to have to borrow money to pay for it, how could they award the contract seven months before having a Public Hearing to get our consent to borrow the money? Something stinks here and may very well be the reason our County Chief Financial Officer abruptly resigned. The Public Hearing is scheduled for September 1st. Comments can be submitted at the following link and will be read into the record during the Public Comment part of the hearing. ClickHere to submit your comments.

On November 28, 2016, I and less than 70 people attended an open house and viewed a film at Gloucester High School. It was our School System’s kickoff of their promotion to renovate GHS or build a new one. It was also the unveiling of a new education platform that is being implemented in our and many other school systems where the communities gave consent by silence. A platform where communism indoctrination is portrayed as a positive education experience. Where everyone gets a participation trophy and other collectivism traits are instilled. Page Middle School was designed to facilitate the platform and so are many of the construction related changes planned for GHS. A lot of the money they are asking for is to fund the ongoing transformation of our public schools and to fulfill the desires of a handful of greedy people who want the old Page and bus garage properties vacated.

Do we really want to give our School System a blank check for $100 Million in construction money from a new tax, on top of the $6 Million they want us to consent to borrowing on September 1st?  The time to voice your opinion on the loan is during the Board of Supervisors’ Public Hearing on September 1st and the new tax will be decided at the ballot box on November 3rd. Most of all remember, Silence Is Consent. Please don’t be silent……………….

Link to Gloucester County Board of Supervisors' contact information: