We have chosen to help the serious lack of education about the history of our nation via cartoon videos, comics, e-books and every other form of media to help re educate or educate the people of this great nation.  We invite one and all to experience Americanism and American History in a fun and exciting way.  Learn what caused us to fight for our freedom to begin with.  We are going to be sharing a lot more of these videos here to help bridge the gap on the very serious lack of education about our nations history.  Every media tool we can use will be used to help in this area.

George Washington Cartoon Biography Video for the 4th of July

Here is an interesting way to help the educational or lack of education amongst the citizens of these United States.  If it takes comic book stories, cartoons, videos, books, e-books, pictures, or what have you, we will at least try to help out the serious lack of education about the history of our nation on our sites.  George Washington Biography in cartoon form, when many of our adults throughout this country have long forgotten or were taught very little about our American History, this is at least a way to learn something about it.

American Stupidity Regarding 4th of July - Failure of America Education

Are you wondering why we are losing our freedoms?  These people are clueless to American history.  It's what one does expect from the left coast of these United States, Mexico can have California back.  (Okay, just kidding).  How can one expect freedom when one does not even begin to have a clue?  No wonder so many people could care less.  This is a clear failure of our educational system and our public representatives should all be ashamed of themselves.


Social Bot with 4th of July, 1776.  An electro sonic force instrumental tune envisioning the American Revolution.  It's quite different and rather interesting.  Worth a listen and if you like it, download a free copy for yourself.  Happy Independence day.

Here is another tune, Twighlight July 4th.  This is another instrument and it's very good.  Listen to it here first and if you like it, download a free copy.  From Project System 12.

The Writing And Signing of The Declaration of Independence


Here is a story on what our forefathers went through in deciding the fate of our nation.  Who would have the courage to do the same today?  Our Independence is quickly disappearing and soon the 4th of July will have little to no meaning at all other than a day that we blow off fireworks for some odd and unknown reason.

History is no longer taught the way it once was and the stories of our nation are disappearing quickly.  Let us at least take a few moments to reflect what the 4th of July and American Independence really means.

4th of July, Lemon Pie - Recipe Of The Day

Take a deep dish, grate into it the outside of the rind of two lemons;
add to that a cup and a half of white sugar, two heaping
tablespoonfuls of unsifted flour, or one of cornstarch; stir it well
together, then add the yolks of three well-beaten eggs, beat this
thoroughly, then add the juice of the lemons, two cups of water and a
piece of butter the size of a walnut. Set this on the fire in another
dish containing boiling water and cook it until it thickens, and will
dip up on the spoon like cold honey. Remove from the fire, and when
cooled, pour it into a deep pie-tin, lined with pastry; bake, and when
done, have ready the whites, beaten stiff, with three small
tablespoonfuls of sugar. Spread this over the top and return to the
oven, to set and brown slightly. This makes a deep, large sized pie,
and very superior.

Why We Celebrate The 4th of July


https://docs.google.com/file/d/0B5NJpRCvjyV8YWZWOHZsdUpHdnc/edit?usp=sharing  This link is to a free downloadable copy of this comic strip about why we celebrate the 4th of July.  It's part of our 4th of July celebrations and we wish each and all a happy Independence Day.  Let Freedom Ring! 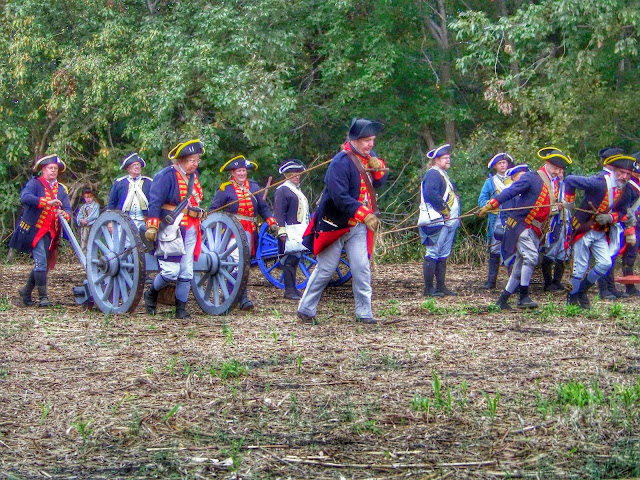 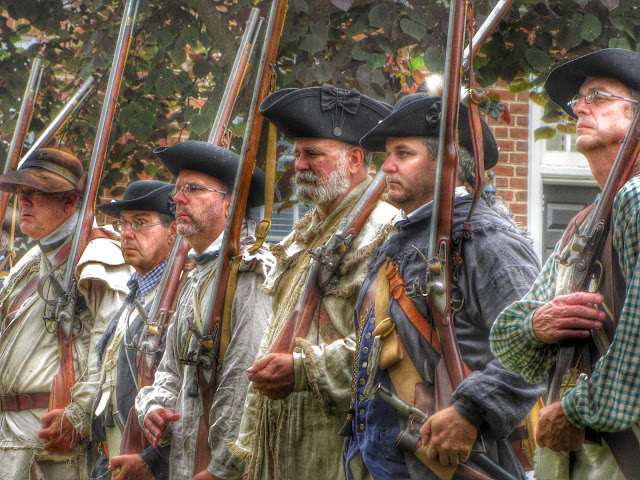 Open Letter to the Citizens of Gloucester County Virginia,

The year was 1775 the British Crown decided it was time to take the guns away.  Do you know the stories? A silversmith passed the warning protecting the magazines of Lexington and Concord.  The shot was heard around the world as the story goes.  The British Crown Governor of Virginia attempted the same thing in Williamsburg.

Because the British government failed I can say Happy 4th of July to you!

Today we celebrate our freedom because of the brave men and women that found they had more in common than differences and worked together to get rid of a common enemy.  They united a group of colonies for their common good drawing up a rule of law establishing a Democratic Republic to protect us from mob rule.

The individuals were as afraid of mob rule as a king and they worked hard to establish a government that takes the consensus of the elected officials to make laws and rules.  These founders knew they had to make it difficult for changes ensuring that there would not be mob rule.

Let’s look at the government; the House of Representatives is based on the population of each state as one leg of the legislature.  The Senate, as originally formed had two representatives from each state selected by the state governments – changed constitutionally to be voted in by the state population the second leg of the legislature.  The President, approving or disapproving the laws sent to him.  The other parts of the government, the Court System, judges appointed by the president and approved by the senate, deciding if laws are constitutional or not; and the final leg of the government a free and independent press to inform the voters what is going on to allow the voters to concur or to let their elected official know they do not approve of what is going on.  Read the constitution to learn more.  What is going on in our federal government shows us the founders did it correctly.

Some points I would like to share; currently the government has a problem with individuals having semiautomatic rifles, firing one bullet with each pull of the trigger, while the military has automatic rifles that can fire three bullets to emptiyng the magazine depending on the setting used by the soldier.  At the time of the forming of our country American’s had superior weapons to the British Army.  The American Muskets had rifled gun barrels allowing more accurate and longer range shooting than the muskets used by the British Soldiers.  The Bill of Rights had had no problem with this.  Also, at the End of the Civil War after General Lee surrendered to General Grant; Grant allowed the Southern Soldiers to take the pistols and rifles home with them as stipulated in the terms of surrender.

During World War II the Axis Powers were not afraid of our military if they invaded us (but they learned better) they were afraid of the American population and its ability to defend itself.  During the Cold War, the Soviet Military was not afraid of our military.  The Soviets did not invade us because they knew there was no way they could defeat and control our country with the number of civilians that had and knew how to use our civilian weapons.

“Live Free or Die” what else is there to do when you think of our 4th of July.  “For the common good.”

P.S.  Those that do not know history are doomed to repeat it.