Schools: who's the master of the plan? 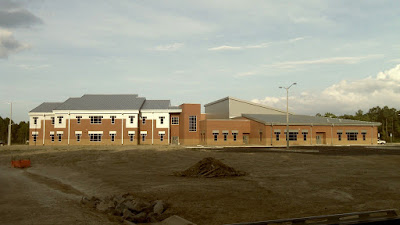 On the afternoon of November 28th, the Gloucester School Division's three Superintendents hosted a tour of the high school and a viewing of a movie titled "Most Likely To Succeed" after which there was a presentation and discussion among those attending. While the seating was limited to 350, according to accounts "less than 100" attended, and of that number who were parents of children in the system, "maybe two dozen." The movie, a Sundance Festival entrant, has made the circuit around the country and is yet another attempt by education management elites to foist yet another methodology on the tax paying public's check book and patience. The mantra is "project based learning" but the echo is "college and career." What's all that mean?

If you follow this stuff and you should because lots of money is at stake, the other side of the school day coin with its inventive curriculums and testing regimen includes "life ready" and "later-life outcomes." That's the "what will I be when I grow up" part of the equation. But parents need to know that all the research in the world hasn't been able to connect what happens in a public school including all the test scores that your kid accumulates, with any correlation to their success in life. What does count is what happens at home. The best place for a child to be raised and taught is with their biological parents in a stable family, learning the virtues necessary for and the joys that spring from the pursuit of the truth. There's no "winter break' on that calendar.

Government Departments of Education get giddy with the possibilities of technology but forget that it threatens to take away the human to human connection essential to the learning of truths that lay beyond the dull drone of today’s culture that rob kids of their imaginations and threatens the victory of reason.

So why are parents forced to send their children to public schools? Well, they aren't as long as they provide learning at home or at a private or parochial school; and more are doing that every year. But it can be expensive and a lot of parents organize their life expecting that government will be there with child care of some sort while one or both parents pursue their day's activity. It's a heck of a conundrum, but there are helpful tools and good meaning people with advice and help if anyone is interested. Heck, there are even some great old movies and books that teach character, and heroism, and civic history. That's a start!

In a newspaper account of Gloucester High School deficiencies and a master plan, the author said the students were "herded" into hallways that were crowded and noisy. It's been a long time but I recall school classes being dismissed and me walking unassisted into halls and the next class, or lunch, or gym. No one shooed me through a door. So what's really going on? Read this carefully. The Gloucester School Division has an operating budget of over $60 million a year for around 5,500 students. Hypothetically that's almost $11,000 per student and a class of 30 kids represents gross operating revenue of $330,000 per classroom per school year. Say the teacher and their salary, retirement and benefit account takes around $80,000. of that gross. That leaves $250,000 per classroom for maintenance, supplies, phone bills, electricity, loan payments and non teaching staff. Again, that's $250,000 a year per classroom. Are any business owners with accounting skills paying attention? Does the $250,000 seem excessive when the crucial relationship is teacher-student?

So now the superintendents have hired a consultant for a fee of $100,000 to tell them how to go forward with AC and heating problems and some remodelling. I think the entire Gloucester community -- hey Supervisors, I'm talking to you too -- should be yelling "Stop" and then asking why anyone would use the word "herd" when talking about schools. If that word applies at all, it's to the taxpayers and the money they are forced to ante up.

Coincidentally on the Monday following the school tour, Gloucester property taxes were due. How much was your tax bill?

Email ThisBlogThis!Share to TwitterShare to FacebookShare to Pinterest
Labels: Collectivist, Most Likely To Fail, Most Likely to Succeed, Schools: who's the master of the plan?
Location:Gloucester, VA Gloucester Courthouse, VA 23061, USA
Newer Posts Older Posts Home
Subscribe to: Posts (Atom)