"And The Band Played On." Watching The USA Fade Away. 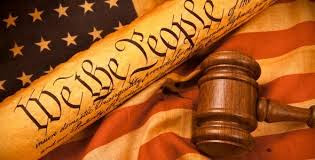 For over 200 Years Americans have lived in a country that was free and respected. We fought with ourselves and other countries with some even leading to war. Our political process used to work. People were elected into positions to help their constituents and the American people as a whole. We looked up to men and women and honored them with statues and memorials throughout this great nation. WOW, sounds like an awesome place, right? It used to be, or at least I think so.

I remember as a child my mother using a small real to real tape recorder to memorialize speeches by great men like, John F Kennedy, Dr. Martin Luther King and news events from the television so we as children could learn great things from these people of honor, integrity and respect. We idolized these people then and some still do today. Civil Rights and leadership pushing the American people to reach for the stars was not a dream but a reality. We put men on the moon, we stopped segregation and realized that we are one. One in the same; Americans.

Today I sit here after I have watched, for at least the past 10 or so years, our own government representatives, at all levels of Government, take great efforts to destroy the very country we all claim to love. Corruption without action, decisions that are made against the will of the people, violating the basic fundamental rights guaranteed to us under the Constitution and dirty money changing hands as fast as the front runner in a NASCAR race.

I watched today the very political process that is sworn to protect us, used to systematically dismantle the infrastructure of our Republic that has been the cornerstone for over 200 years. All in the name of democracy/socialism. It sickens me that we have become this, allowing politicians that are supposed to serve the people who elected them to office only to watch then get rich by the people they swore to fight to become elected. This is at all levels of Government, from our school boards, count and city governments, state governments and our top offices within the Federal Government. Yet, we sit by and let it happen.

We have the right to vote but less than 20% vote in elections and if the weather is bad even less. Do we need a history lesson, our Constitution starts off with “We the People” the government belongs to all of us? Yet, we can’t make time to see our family or watch your child’s school game or play. Have we all become this uncaring about life and our country? This truly sickens me knowing that we have a Congress spending millions of our tax dollars on a witch hunt over a phone call. Yet, we have people walking the streets from past administrations that have committed sedition and treason against our country, and we don’t want to vote or be bothered.

I am starting the feel like I am on the Titanic, we are going down, while the band played on. People we are losing our country, our freedoms, and allowing good people to go down. We used to fight for what we believed in, what we stood for, we died for in the past, and millions of people lost their lives over this concept and “The Band Plays On”. We spend money we don’t have and raise taxes and “The Band Plays On” we sit in our homes watching television while the government sworn to protect us plan to take away our rights and “The Band Played On”.

Email ThisBlogThis!Share to TwitterShare to FacebookShare to Pinterest
Labels: Constitutional Republic, Get Out And Vote, God Bless The USA, We the People

Chris Hutson is endorsed by the Gloucester County Republican Party. Wonder if they know he is also endorsed by the Democrats? His name is listed on House of Delegates Democrat candidate Ella Webster's political mailing

Is Mr. Hutson a Liberal or a Conservative? You decide.

In my honest opinion, Mr. Hutson is more liberal than conservative. 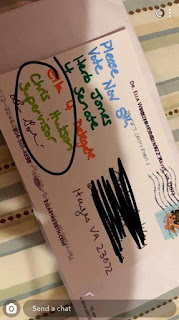 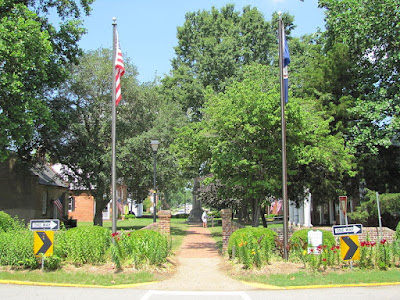 Gloucester County’s School Board has a long reputation of just following along with the school administrator’s agenda instead of addressing the concerns of and aligning with the visions of their constituents. Apparently, school administration does not have any problem with manipulating the School Board member election and appointment processes. On June 12, 2019 Abingdon District School Board member Randy Burak’s intention of not seeking reelection was announced publicly. This was one day after the deadline for candidates to file the necessary documents so their names would appear on the November 5th ballot. Unfortunately, no one in the Abingdon District filed to be a candidate. This was an ideal setup for the School Board to be able to appoint an Abingdon resident of their and the school administrator’s choosing.


Fortunately for the residents of the Abingdon District and Gloucester County as a whole, Jane Wenner stepped up to run as a write-in candidate for the Abingdon district. That obviously did not sit right with the school system hierarchy so something had to be done to keep Jane Wenner from being elected by the people. That “something” is Mr. Burak’s decision to run as a write-in candidate against Jane Wenner. You see, certain people do not want Jane Wenner to be elected because as they put it, “She does not align with the current School Board’s visions.”


Mr. Burak entering the race is just another ploy to set the stage for the School Board to be able to appoint another School Board member. (Much like the shenanigans taking place in the Ware district School Board and Supervisor races.) All Mr. Burak has to do is get elected, attend a couple of meetings after the first of the year and resign off to retirement in another place. Then the School Board can appoint an Abingdon District member of their and the school administrator’s choosing.


I don’t know about you, but I believe I would be voting for Jane Wenner on November 5th if I lived in the Abingdon District. 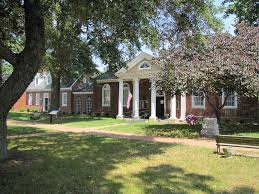 Election time has arrived again, who is best suited for the positions? The school system is now in the spotlight with two seats up for grabs in Ware and Abingdon districts.


The school board for many years has never challenged the superintendent. There is a historical record of yes votes without discussion or rejections. Now at this election a phenomenal process took place, a resignation by the board chairman, replaced by the Ware District member, and the Abingdon District member who decided not to seek reelection.


Two seats open, both to be filled by acclamation, one by ballot and one by write-in. Fair and simple. Now, hold on voters of these districts, the wind of clarity and opportunity for a fresh breeze in the sails has died.


What! Yes, the current Abingdon member decides to challenge the write-in candidate in his district after deciding not to run again. Why the change of heart? What voters need to understand are the process and politics of the board. Once elected, sworn in and attending a couple of meetings, he can resign. This ploy allows the sitting board to selection a “member of the club” who shares their thinking. Do you really want this same machine control over the next four years? Now is your chance to fill the sail with a fresh breeze.


Don’t leave: a similar situation has arrived at the very last minute in the Ware District. Now you have a candidate named on the ballot and a last-minute write-in to consider.


Now comes the hard question. You the voter must ask yourself who is the engineer behind this charade. Ask who will be the loser should it succeed: the taxpayer, the student, or the county overall?

Chris Hutson or Damien Kelly For Gloucester Point Supervisor? The Choice Is Simple.

The residents of Gloucester Point now have the opportunity to elect a Supervisor who has proven, through his campaign efforts and community involvement, he will be a representative of his constituents interests instead of an enabler of the agenda of just a few people in the county. Damien Kelly may be young and may not have the business or political experience touted by so many politicians, but he knows how important it is and is willing to engage, listen to and support issues important to the people he represents. The incumbent Gloucester Point Supervisor has a very strong and continuous track record of avoiding and or ignoring most of his constituents and supporting the agenda of just a few people in the county. Unlike his opponent, Damien Kelly will be a conservative addition to the Board of Supervisors who will fight to eliminate wasteful spending and for keeping taxes as low as possible. November 5, 2019 is the time to make a positive change. Vote Damien Kelly for Gloucester Point Supervisor.