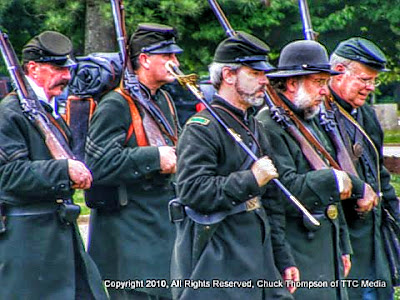 Hey everyone. We are having a Civil War Weekend up at the Historic Courthouse. August 14th and 15th. Each day will be contain different events, shows and history. This is one we missed last year and don't want to miss it this year. On Sunday, there will be a concert at the Historic Courthouse Circle starting at 5 PM. Plus the weather is looking very promising for this weekend, so make sure to make time and take time to attend.
at 6:08 PM No comments:

Hello everyone. We just put up a new poll to see what you think on an important issue. Should local elected officials answer to the people, like you, who voted them into office? Should they be held accountable for their work and or actions? We want to know what you think. The poll is on the right hand side of this site. Please take a moment to fill this out. It will make a huge difference in our future as to how you answer. Thank you to all who take a moment to do so.
at 7:03 PM No comments:

The R B Rock Band, Live At The County Fair


The R&B Rock Band that played here at the Gloucester County Fair. Here is one of the videos we shot of them for you.
at 2:25 PM No comments:

Email ThisBlogThis!Share to TwitterShare to FacebookShare to Pinterest
Labels: Live At The County Fair, The R B Rock Band

Video From The County Fair


This year's county fair was probably the lowest attended fair in the 40 year history of the county. What a shame. Part of the problem is the lack of advertising and promotions done by the county. Though the county does have flyers they distribute at area outlets for county happenings, and the posting of the event on the county web site, there is a strong lack of billboard and sound News Paper advertising. Question is, would it have really mattered or is the economy getting so bad that people are not even attending local events in their own back yard? On this side, I would venture to say that it was a lack of advertising and a weak economy. Both issues had a bearing on the low turn outs.

So the question becomes will next years County Fair even be here or are we about to loose it due to a lack of interest and a bad economy? Either way, enjoy the video and get an idea of what you missed. We have a lot more coming from both the county fair and also the Ren Fest held here in July. We have been publishing and posting videos as fast as we can, but we are heavily loaded with more than one could begin to imagine.
at 1:54 PM No comments: