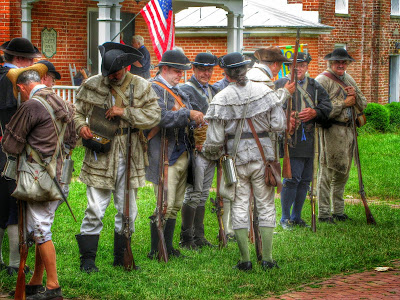 On Wednesday night the Gloucester County, Virginia Board of Supervisors held Public Hearings on the ’s proposed FY 18 budget and proposed real estate tax rate increase. The meeting was held at the in anticipation of a large audience, but very few people showed up.

During the public comment portion of the meeting, a lady spoke about a feral cat problem she and her neighbors are experiencing. She told the Board she had spoken to one of the Animal Control officers about the cats, but said the officer said they had experienced drastic personnel cuts and could not spend time catching cats. She asked for more money to be provided in the budget for Animal Control to address feral cat issues. Maybe if Animal Control personnel did not spend most of their day needlessly patrolling the beaches, swimming pools, stores and other such places they would have time to do their job.

Another lady spoke of her family’s lengthy business history in the County and asked the Board to “please” raise taxes. She said the Board had made so many cuts in previous budgets and asked if they would start cutting funding for necessary things like our libraries. She obviously does not know they are throwing away over a quarter million tax dollars a year in library rent, taxes and maintenance. As a previously successful local business owner, I am sure she would agree that owning our libraries would be economically smarter than renting them.

The rest of the citizens who spoke were against raising taxes. We have provided videos of the Public Hearings on the proposed budget and on the proposed tax rate increases. It is worth taking a few minutes to watch and listen. We have also provided all of our Supervisor’s email addresses; take a few minutes to tell them raising taxes is unacceptable.

Real Estate Tax Email To The Gloucester, Va. Board Of Supervisors Hello Readers. The following is an email that was sent to our Board of Supervisors about the County Administrator's proposed real estate tax increases. Feel free to copy and paste our suggestions in your own email to the Supervisors. All of the Supervisors' email addresses are included for your convenience.

Subject: Tax Increases
Greetings Board Members:
Before taxes are raised again, our local government should make the following changes:
1) Consolidate our local government and public school system departments. This one action will result in over a $1 million reduction in yearly operating costs.
2) Eliminate the County’s department of community engagement and return all functions to social services, information technology, county administration, the school system and the various nongovernmental organizations the department facilitates. This action will save the taxpayers close to $400,000 per year.
3) Build our own libraries and health department space so the taxpayers can stop renting them. Owning our health department space will also result in an $80,000 yearly revenue stream from rent payments received from the state. All together this move will result in a yearly savings of around $210,000 and create $50,000 or so in additional revenue after expenses. A new main library should be built on the new Page Middle School property where you are intending to build a new transportation facility. The Hayes library should be closed until space can be purchased or constructed. All funds currently dedicated to the Hayes library should be utilized to break the 20 year lease and to accumulate in a dedicated fund to build or purchase the necessary space. A new health department space should be built or purchased in the business park near the free clinic and Sentara buildings. The health department rent revenue from the state would eventually pay to buy or build this space.
4) Limit the number of full time animal control employees to two, redirect animal control response calls through the Sheriff’s department dispatcher and cease all patrolling by animal control employees. This will result in a savings of well over $100,000 annually.
The changes we have outlined will result in a combined savings of around $1.7 million per year and create an $80,000 revenue stream.
at 11:25 AM No comments: