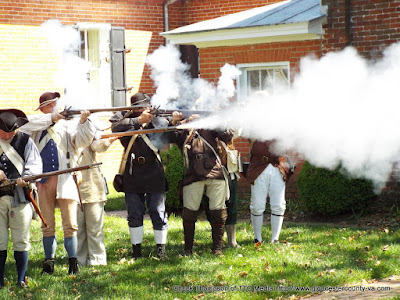 For many, the IRS is the most feared agency associated with the United States Federal Government.  And for good reason.  The IRS will freeze your bank account, seize your assets and more if they think you owe them money.  I have been posting on here for several weeks that the vast majority of people do not owe income taxes.  Most people find that very difficult to believe, because they were never taught the truth in school like they were supposed to have been taught.

Keep the populace ignorant in order to control them.  So what are legal taxes?  We decided to go back into history and find evidence of what legal taxes look like and how the Internal Revenue system is actually supposed to work.  We do pay a great number of legal taxes, however, way to many people of these United States pay way to much illegal taxes.  The way that works is you are required to kno0w the law.  If you do not know the law, then by presumption of law, you owe taxes on your income.

So the above digital book is provided to you so that you can see what lawful taxes look like.  Now keep in mind, our Federal government, all of our roads, communications, railways, military, weapons and supplies, public schooling and so much more was all financed through the taxation of certain specific commercial goods only.  It's right there in black and white as evidence for all to see.  There was absolutely no taxes on the wages earned by anyone.

Many people want to argue that the 16th Amendment gave the Federal Government the right to tax any for of income in any way the government wishes.  NO!  It did not.

It was not the purpose or the effect of that amendment to bring any new subject within the taxing power. Congress already had the power to tax all incomes. But taxes on incomes from some sources had been held to be "direct taxes" within the meaning of the constitutional requirement as to apportionment. [citations omitted] The Amendment relieved from that requirement and obliterated the distinction in that respect between taxes on income that are direct taxes and those that are not, and so put on the same basis all incomes "from whatever source derived". [citations omitted] "Income" has been taken to mean the same thing as used in the Corporation Excise Tax of 1909 (36 Stat. 112), in the Sixteenth Amendment, and in the various revenue acts subsequently passed. [citations omitted] After full consideration, this court declared that income may be defined as gain derived from capital, from labor, or from both combined, including profit gained through sale or conversion of capital."


Now by all means, what is a gain derived from labor?  I went to the ultimate source for that answer.  The Bible.

The words of the Preacher, the son of David, king in Jerusalem.

2Vanity of vanities, saith the Preacher, vanity of vanities; all is vanity.
3What profit hath a man of all his labour which he taketh under the sun?
4One generation passeth away, and another generation cometh: but the earth abideth for ever.
5The sun also ariseth, and the sun goeth down, and hasteth to his place where he arose.
6The wind goeth toward the south, and turneth about unto the north; it whirleth about continually, and the wind returneth again according to his circuits.
7All the rivers run into the sea; yet the sea is not full; unto the place from whence the rivers come, thither they return again.
8All things are full of labour; man cannot utter it: the eye is not satisfied with seeing, nor the ear filled with hearing.
9The thing that hath been, it is that which shall be; and that which is done is that which shall be done: and there is no new thing under the sun.
10Is there any thing whereof it may be said, See, this is new? it hath been already of old time, which was before us.
11There is no remembrance of former things; neither shall there be any remembrance of things that are to come with those that shall come after.

In other words, labor has zero gain.  Therefore taxes on labor can not be made.  A profit on labor, which would be a fair tax would be something along the line of profit sharing or bonuses paid.  Those items are taxable.  Those are profits on labor.  Labor itself is not a gain.  You don't have to believe in the bible to profit from it's words.  So for the purpose of income taxes, taxes on your wages, is not what you are supposed to be paying, unless you want to.  Then you volunteer.  Royalties from your work, that is taxable and is fair.  Pay for the actual work itself before royalties, not fair.  Even the IRS can not define income tax on wages.  It simply does not exist.

https://youtu.be/YWZ10bpVmp0  The link here will take you to a video that shows very extensively that neither the government nor the IRS can explain taxes on wages as income or a gain and or profit.  In fact, the IRS has been losing cases against this guy for the past 30 years.  This guy even has lawsuits now up before Congress against the IRS and it's not looking good for the IRS either.  If we are going to fix this country, we all must take an active role and do some research and share that research with everyone.

Now, there is a loophole in all of this for the IRS and the Federal Government.  Foreign workers are not the people of the several states or you are free to use the term, US Citizen.  As such the IRS has unlimited and unrestricted rights to tax wages of foreigners working in this country or people working overseas or in US territories, and earning wages from non US companies.  Then the 16th Amendment applies as from any source without apportionment.  Are you a foreigner?  I'm not.  It's how the tax code is written.  That has already been shown on this site.
at 4:22 PM No comments: