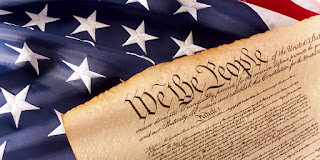 In May 2017 we brought you a story about rumors of theft from Gloucester County Public Schools’ (GCPS) bus garage. The rumor described an employee stealing a welding machine (welder) and when the theft was brought to the attention of GCPS administration, they allowed the thief to return the welder and retire. Almost two years later we reported Larry Clark Lawson had been indicted by a Grand Jury and as part of a plea deal, had pled guilty to one of two counts of theft greater than $200.00. We have now uncovered some very disturbing facts about the theft and what actions GCPS took and didn’t take once it was reported to administration.

Mr. Lawson was the Foreman of the GCPS bus garage. Part of his duties included purchasing repair parts, tools, etc. related to maintaining GCPS’ fleet of vehicles. Mr. Lawson purchased a welder valued at over $2,000 using GCPS funds. He knew he had to have his supervisor’s permission to make such a purchase and did not tell her. He knew he could not purchase anything over $1,500 on the County credit card and talked the salesperson into breaking the cost into two separate purchases to hide what he was doing. He even talked the salesperson into submitting the two bills several days apart to make it harder to be discovered. One of the purchases was listed as being the welder and the other was for some sort of accessory kit that was not carried by or sold by the vendor; in fact, the accessory kit did not exist at all.

To further conceal his crimes, Mr. Lawson arranged for the welder to be delivered to the bus garage to his attention and during a period when he would likely be the only person there. Unfortunately for Mr. Lawson, the welder was delivered on Thursday, March 30, 2017 instead of during the following week when everyone would have been off for spring break. Because of this, numerous other employees saw the new welder when it was delivered and began to talk about it. Mr. Lawson had the delivery driver unload the welder in the “tire barn” which is typically used to store tires and old equipment. Later that day an employee of the garage noticed the welder had been covered with black trash bags. By the morning shift the next day the welder had disappeared from the “tire barn” and remained missing until April 19, 2017.

Mr. Lawson was finally confronted about the welder and several other items missing from the garage on April 19, 2017. Then Transportation Director, Anne Lanan; Human Resources Director, Gwyn Ciemniecki and Assistant Superintendent for Administrative Services, John Hutchinson were the confronters. When Mr. Lawson was first asked where the welder was, he said it was in the bus garage in the middle of the workstation; at that point the conversation ended, and Mr. Lawson was placed on administrative leave.

Ms. Lanan then went to the garage where she did not find the new welder. She informed Ms. Ciemniecki who then called Mr. Lawson and asked if there was anything else, he wanted to tell them. Mr. Lawson said he loaned the welder to Tabb Fox, a friend of his and owner of Fox’s Auto Repair. Ms. Ciemniecki told Mr. Lawson he needed to bring the welder back immediately and Mr. Lawson asked if he could have until 5:30 p.m. When he brought it back later that afternoon, he resigned from GCPS. No one ever saw the welder at Tabb Fox’s garage and its location was unknow for 19 days.

Well, all that sounds pretty cut and dry if you assume GCPS administration are the ones who contacted law enforcement. That is not what happened at all. They allowed Mr. Lawson to resign and walk away. If not for the due diligence of an anonymous source who reported the theft to the Sheriff, the Commonwealth’s Attorney and the State Police, Mr. Lawson would have been allowed to do just that, walk away. It must have been very disheartening for that anonymous citizen when they found out Mr. Lawson’s punishment was a conviction for only one of his crimes, no jail time, $500 in court costs and no way to verify Mr. Clemons or anyone else with GCPS submitted the required paperwork to revoke Mr. Lawsons Virginia Retirement System (VRS) benefits as required by Commonwealth law.

Mr. Clemons and his administration appear to have closed the book on Mr. Lawson on April 19, 2017 when they let him resign and did not contact law enforcement; or so they thought until the anonymous source threw a wrench in their coverup. If you don’t believe it, ask Mr. Clemons to show the report filed with the Sheriff’s Department reflecting GCPS’ allegations of the theft. Ask him to show any report they filed with any law enforcement agency before the late April 2017 phone call from the Sheriff’s Department. He can’t because none exist. If Mr. Clemons and his staff intended to do the right thing, they would have called the Sheriff’s Department on April 19, 2017 when Mr. Lawson supposedly first lied to them about the welder’s whereabouts. At this point it is hard to trust anything coming from Mr. Clemons or the School Board.

Why were they covering for Mr. Lawson? What were the other items missing from the garage referenced in the Commonwealth’s Bill of Particulars? Why did it take 19 days after the welder went missing for GCPS Administration to confront Mr. Lawson? What other systemic accountability problems does GCPS have that have not yet come to light? Has Mr. Lawson’s VRS benefits been revoked through application by GCPS and in accordance with the Code of Virginia? Have corrective measures been taken to prevent this type of theft in the future? Are other areas within GCPS being looked at for signs of the same or similar weaknesses in accountability and control? Etc. etc. etc. We deserve answers to these questions and many more.

One thing is for certain out of what we know so far, Mr. Clemons is not the kind of public-school superintendent the citizens of Gloucester County need, want or deserve. If you do not align with his vision for GCPS, he has no use for you. He has lost accountability and control of the transportation division and who knows how many other areas within GCPS. He participated in covering up for a felon employee. He has created a work environment where employees are afraid to speak up, express an opinion or even speak about matters of concern during public comment at School Board meetings. It appears to be all about Mr. Clemons’ image and his vision for GCPS; whatever that truly is.

What do we do about it all? I and many others believe the best thing that could happen at this point, would be for Mr. Clemons and everyone, including School Board members, who participated in the coverup to submit their resignations from GCPS effective immediately. They have irreparably broken the citizens’ trust. Maybe they can all get a job working for the welder thief who seems to mean more to them than the students and taxpayers of Gloucester County and the Commonwealth of Virginia.

Here is a link to GCPS web page with the School Board’s and other email addresses. Let them know this is not how we want any area in our public schools managed and do not appreciate their lack of control over how our tax dollars are spent. Tell them Mr. Clemons has worn out his welcome in Gloucester County.
http://gloucester.schooldesk.net/School-Board/School-Board-Members

Be sure to checkout the legal documents about the welder thief in the SlideShare presentation below and emails with Mr. Clemons and School Board member Robin Rice. More Later………………..

Clemons and Rice emails about Larry Lawson from Kenneth Hogge Sr
at 12:50 PM No comments: