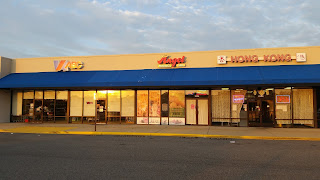 Tuesday, October 1st, at the Gloucester County Board of Supervisor's meeting held at the old colonial courthouse, Sheriff Darrell Warren was looking to get a public hearing on the creation of a special local ordinance that is outside of the purview of state code and equally outside of the Dillon Rule that local authorities are supposed to adhere to.  This new special local ordinance would create a new law against what is going on inside of local massage parlors making certain actions illegal in Gloucester County.  Now for some background on why the Sheriff is looking for such an ordinance.  Sheriff Warren claims that he has received numerous complaints about special services being practiced at several locations here in the county and that there are no state laws for which the Sheriff or his deputies can site against these massage parlors for these special services in an effort to stop future practices like this. 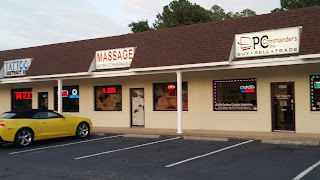 One of the problems our forum had while discussing this is the violation of the Dillon Rule by counties in matters like this one.  How is one person to know the laws of one county to the next when traveling through them?  Once the lion is out of the bag, there is no stopping how far it will go in these situations.  One day what looks like a local ordinance to protect the county ends up with who knows how many later?   It's a very dangerous precedent once started, more will follow.  That is why the Dillon Rule is in place.

So we sent out part of the TTC Media team to do some research and see if Sheriff Darrell Warren might be overlooking any laws to curb and or stop what he believes to be a breach of county ethics in an effort to save the people from themselves.  Why yes there is we found out.  Each massage therapist must be licensed by the state and they could very well be in violation of their state license if they are in fact giving customers hand jobs for a fee.  Besides, this is also a state matter if that is in fact not the case.

We had a round table discussion on this matter and an interesting concept was brought up.  Could it be that Sheriff Warren wants the county ordinance in an effort to close these businesses down and force a Civil Asset Forfeiture upon them taking all of their money and assets?  We looked at that and what we see, this is an interesting question.  It would also make it impossible for the people who both own and or work at these locations to properly defend themselves as all of their money is taken from them.  In Civil Asset Forfeiture cases, rarely does anyone ever get their money back even if found to be innocent.  Great way to fund your department when the county isn't giving you the budget you would like for your department.

Now we are not saying this is going to be the case with Sheriff Warren.  This only came up as a possible question in our discussions that makes for an interesting story.  There is also the question in regards to the timing of this.  It's re election time.  What a powerful story this could make days before the election to help sway the vote.  Not that Sheriff Warren really needs any help here anyway.  But it sure does not hurt.  Positive news spin and who knows how much in cash and assets all in one single move?

Another interesting fact that came up in the round table discussions is that these massage parlors are believed to be owned by folks of oriental decent.  Eastern philosophy is much different than western philosophy in that orientals believe that a massage should have a positive outcome.  A question of intolerance for their beliefs may be of concern to some.  This is not brought up in defense of their practices, just an interesting note.  It was equally brought up with interest that failure to address masturbation for a fee by state legislatures may be for reasons we might not be aware of and they may not wish to discuss.  Either way, it's going to be interesting to see how this plays out over the next few months here in Gloucester.
at 8:28 PM 3 comments: