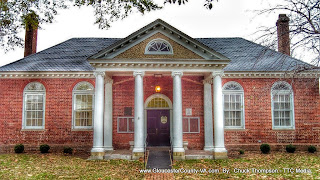 (By:  Liberty Law)
Gloucester County, Virginia.  Circuit Court Judge, Jeffrey W Shaw orders removal of defendant's council resulting in multiple assaults against council.  No valid reason can be found for Judge Jeffrey W Shaw's order to remove a defendant's council in court yesterday.  Defendant's council is a 67 year old woman, about 5 foot 2 inches and weighing in at about 100 lbs.  Council was simply explaining law to Mr Shaw but he refused to hear the law.  He ordered the removal of council and the bailiff, who had just moments before called for backup, grabbed the arm of this senior citizen, brought it around her back and then proceeded to use force by both twisting her arm and moving it in an upward position, exerting unnecessary force and causing pain.  She tried to continue to explain the law to Mr Shaw all the while the bailiff continued his excessive force and a second bailiff coming in and using additional force against this woman.

We were there and are witnesses to this event along with a host of others.  Affidavits are now being created that will be signed and notarized and sent to the highest authorities in the nation.  Two bailiffs using excessive force in a premeditated fashion, with malice, against a 67 year old woman who is only 5 foot 2 inches weighing in at about 100 lbs posses no threat.  She was thrown out of the court for the rest of the case all for explaining law to a judge?  No complaints are being filed with the sheriff's office as we do not believe this incident should be a reflection of that office.  The two bailiff's will probably be sued as individuals for their own actions as well as the court for failing to prevent the excessive force as it was happening.  And all of this happened because Judge Jeffrey W Shaw does not believe in the United States Constitution for which he was sworn into office and pledged to uphold.  The situation above all happened because this woman was explaining the defendant's Constitutionally guaranteed rights to Mr Shaw.  Additional lawsuits will now be filed against Judge Jeffery W Shaw for his actions in the court yesterday.
at 7:19 PM