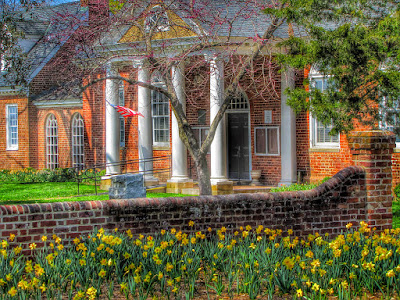 When I served on the Gloucester County Public Utilities Advisory Committee, one of the areas I found to be unacceptable was our Utilities Department’s workplace safety program, or literal lack thereof. Insuring that our employees are properly trained on workplace safety and making sure they religiously follow applicable rules, regulations and procedures established to protect their health and life should always be at the top of operational priorities. This is especially true for operations involving confined spaces in sewer pump stations and manholes due to the extremely high probability that they contain at least one of numerous deadly gases.

The Gloucester Department of Public Utilities' May report contains the following entry:

“filed incident report for Mr. Jackson’s exposure to elevated CO levels in the wet well of PS #11 on May 5th;”

From: Kenny  Sent: Wednesday, July 05, 2017 12:49 PMTo: Board of Supervisors <BOS@gloucesterva.info>; Fedors, Brent <bfedors@gloucesterva.info>; Dawson, James C. <jdawson@gloucesterva.info>Subject: Carbon Monoxide Exposure Incident
Greetings,
The May 2017 Utility Department monthly report contains the following comment: filed incident report for Mr. Jackson’s exposure to elevated CO levels in the wet well of PS #11 on May 5th;
This is a very concerning, dangerous and preventable incident. Was air quality testing performed before and during Mr. Jackson’s entry into the wet well? Was ventilation performed before and during his entry? Was Mr. Jackson connected to an appropriate retrieval system? What was the source of the carbon monoxide?
Respectfully,
Kenneth E. Hogge, Sr.


From: "Dawson, James C." <jdawson@gloucesterva.info>To: Kenny; Board of Supervisors <BOS@gloucesterva.info>; "Fedors, Brent" <bfedors@gloucesterva.info> Cc: "Curry, Garrey, Jr." <GCurry@gloucesterva.info>Sent: Wednesday, July 5, 2017 1:26 PMSubject: RE: Carbon Monoxide Exposure Incident
Mr. Hogge,
Thank you for your inquiry.
Air quality in the wet well was sampled before entry in compliance with OSHA regulations and the results are documented on the Confined Space Entry Permit for that space entry. The wet well vent fan was operating and Mr. Jackson was wearing a properly calibrated “sniffer” while he was working in the wet well. Mr. Jackson was connected to a retrieval system.
Mr. Jackson was pulling rags off the bar screen when the “sniffer” he was wearing alarmed for carbon monoxide (CO). He immediately began to exit the wet well. The alarm cleared before he could exit the wet well but he waited a few minutes to see if the alarm returned before resuming his pulling rags.
There were no known sources of CO in operation while Mr. Jackson was working in the wet well so we believe the CO came from the accumulation of rags on the bar screen which were last pulled on May 1st.
Mr. Jackson reported some discomfort shortly after completing the work at PS #11 on May 5th so we filed the incident report and offered to send him to a doctor on our Workers Compensation Panel of Physicians.
James C. Dawson, P.E.
Director, Dept. of Public Utilities

Chris,
Thank you for the timely and detailed response. It is refreshing to hear that at least some OSHA confined space entry procedures are being practiced. However, your response seems to suggest Mr. Jackson may not have fully exited the wet well once the alarm sounded and that other OSHA requirements for an atmospheric alarm during an entry may not have been followed.
According to OSHA regulations; if a hazardous atmosphere is detected during a confined space entry, all employees are supposed to leave the space immediately, the space is supposed to be evaluated to determine how the hazardous atmosphere developed and measures are supposed to be implemented to protect employees from the hazardous atmosphere before anyone is permitted to reenter the space.
Nothing in OSHA confined space requirements or guidance provides any latitude at all for any employee to unilaterally disregard an atmospheric alarm and to ignore prescribed and proven safety measures.
Utilization of only an exhaust fan to clear the air in wet wells and manholes is problematic to say the least. When air is drawn out of a confined space, much of the area within the space lacks circulation. Inadequate air circulation severely limits the effective removal of contaminated atmospheres within the space. When using only an exhaust fan, clean air is typically only drawn in at the hatch opening and the lethal pockets and layers of bad air outside of the confined flow path between the hatch and the exhaust fan will be left in the confined space.
Forced air blowers providing the proper CFM of clean air through a properly configured duct system are far safer than utilizing only exhaust fans because clean air is being forced into the space. When clean air is forced into the space it creates adequate circulation and dilutes the atmospheres, resulting in harmful gases being expelled more completely and efficiently. Utilizing a blower or combination blower and exhaust fan, instead of just an exhaust fan, will also allow the flow of clean air to be directed to best cover the area in the space where the employee will be working; therefore better protecting the employee.
In your response you made it a point of stating a properly calibrated detector was used. I can’t help but wonder, by its exclusion from your response, if the detector used by Mr. Jackson was bump tested prior to being used that day. As I am sure you know, daily bump testing is not addressed in OSHA confined space entry requirements, but is highly recommended by most if not all reputable detector manufacturers. Taking a few minutes to verify a detector is working the way it is supposed to before beginning to use it each day is a small price to pay to prevent injury or death.
Depending on the model, body worn detectors can certainly have their benefits in certain confined spaces, but based on personal experiences, I recommend against relying solely on body worn detectors to keep employees safe when working in active wet wells and manholes. I also recommend increased training for at least those employees designated to enter, supervise and attend confined spaces.
Respectfully,

Mr. Jackson did exit the wet well.Sent from my iPhone
at 12:11 PM No comments: