Gloucester County Board Of Supervisors Being Given A Chance

Gloucester County Board Of Supervisors Being Given A Chance

On Tuesday, May 15th, 2010, the Gloucester County Board of Supervisors each received an email from us regarding the information presently being presented on this site. We are hoping to give them a chance to properly investigate these issues as well as eventually address many other issues we have in this case and do what needs to be done. We expect to be updated with developments as they go along.

Here is an overview of this case as it presently stands. Both a victim and her husband suffered an illegal raid on their home and property. The husband was out of town at the time the raid took place. The raid was highly traumatic for this victim and her husband and they both suffer greatly from it to this day. The victim was highly abused the morning of this raid however evidence of such has been removed by the criminals in this case. The victim was illegally arrested, never read her Miranda rights, and was later forced to post an incredibly high bond to be released from jail. While in jail, the victim was horribly treated and denied her medications until the county nurse stepped in and demanded that the Sheriff's Office do something about her condition. She was hospitalized the next day.

This couple was later railroaded by the court system here in Gloucester. The victim was never allowed to speak on her own behalf and all witnesses were denied standing. The victim was forced into a guilty plea by extremely underhanded measures. The victim lost her security clearance for the government job she had held for over twenty four years and lost her job because of such. The victim is unable to get a job and has been denied jobs she was being offered based on negative information stemming directly from this case. All of this is well documented. 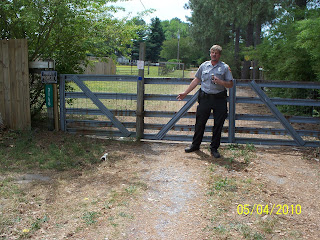 To date, the culprits in this case have gotten away with these acts. This is the first time anyone is seeing the evidence of this case. We have only presented a very small part of what we have. We also have pictures from the raid that were taken by Animal Control and let me say that some of them are despicable. We will be publishing those in the future. We have video footage and we have all the testimony from the actual kangaroo court. And we are still no where near done with this story. 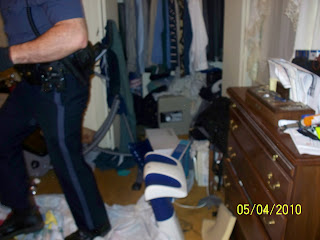 We are dramatically slowing down our publishing of evidence in a goodwill gesture for the county Board of Supervisors to catch up and start acting on these findings. We expect to hear from them soon and will update this site with such.


Advertisement:  Are You Tired All The Time?  Check Out This Free Report.  Click Here.