On the left is a picture of a local person.  His name is Charles Braxton.  He is an owner of a number of exotic snakes.  Animal Control hates snakes.  When this picture was taken some years ago, what Charlie was doing was okay.  It's now considered illegal in the county of Gloucester.  On the right is his grandson.  Also committing what is now an illegal act.  That's correct.  In Gloucester County, Virginia, you can not drape a snake around your neck.  Why?  The reason has been stated that someone found it offensive.

Your rights further taken away because some idiot found what is going on in these pictures offensive.  This is only the first part of the story.  We will be posting the second part of the story very soon.  If you think this is ridiculous, it gets a lot worse.  Kool Aid is here and the drinking from the Kool Aid well is very high. 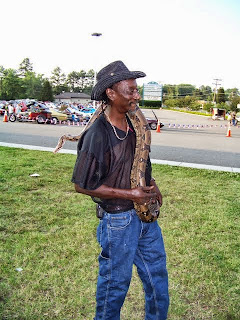 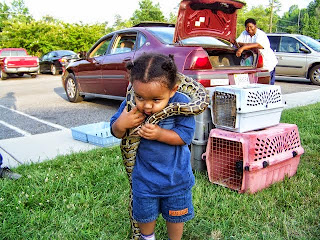