Kalmar Nyckel, What Happened To Their Visit In Yorktown? 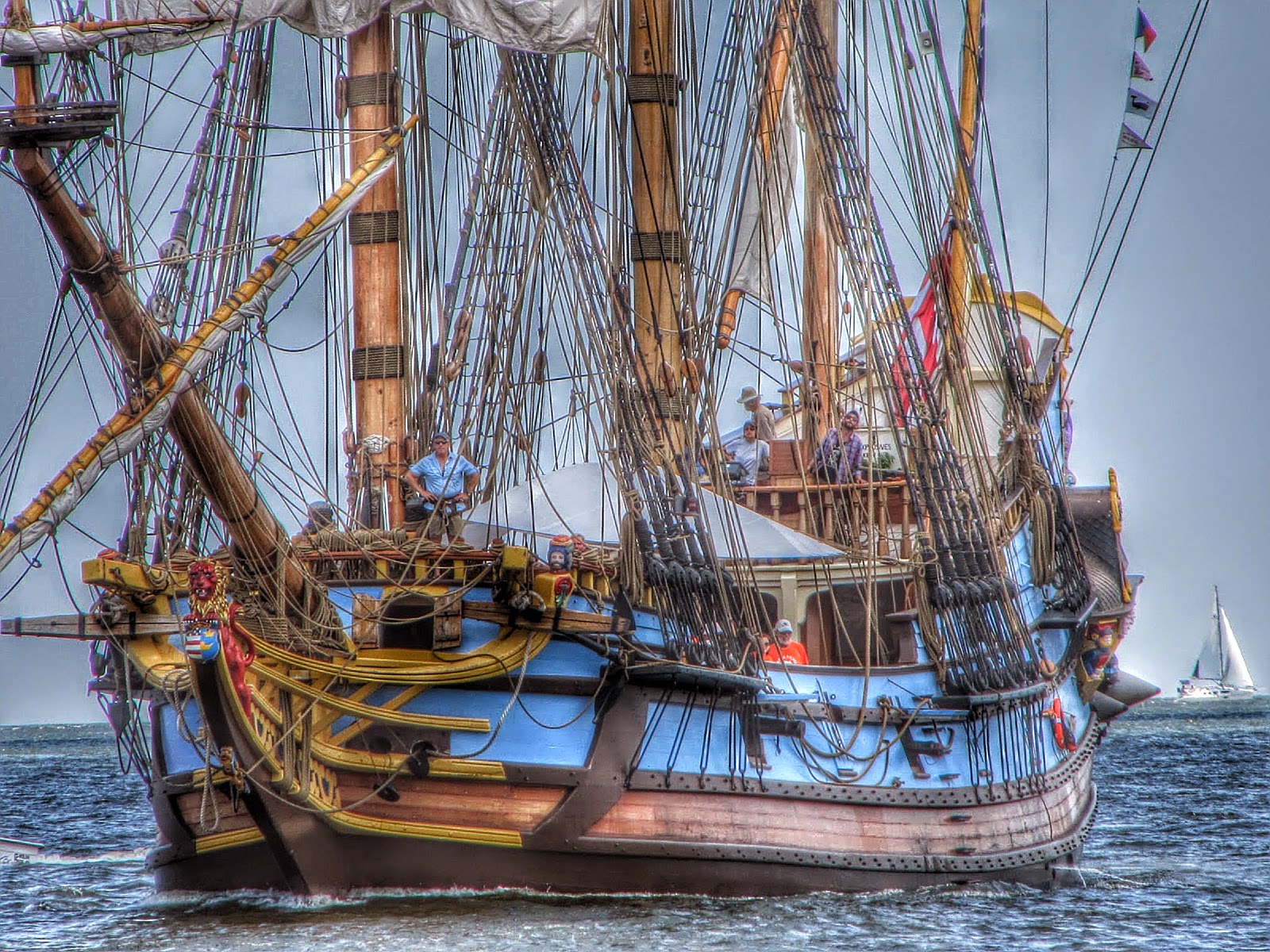 On Friday evening, June 6th, we posted a story about how the Kalmar Nyckel was supposed to be visiting Yorktown for the weekend.  Well, it turns out that due to circumstances beyond the control of Captain Morgan and the crew, the ship was in dry dock awaiting inspection after a good deal of work was completed on the ship, making sure the ship was once again ready for it's summer voyages.

Thanks to the US Coast Guard who stepped up and made a late Friday evening visit to conduct that inspection, the Kalmar Nyckel was finally released back the the waters to sail down to Yorktown, Virginia.  The bad news is that they were already scheduled to be here by Friday evening for Saturday and Sunday open deck tours and evening sailing cruises.  We waited to go see the ship on Sunday and left Gloucester at about 12:00 PM in  order to make the free deck tour before shut down at 1:00.  We learned at about 12:30 from the folks who are part of the dock crew in Yorktown about his delay.  As we were being told about the delay and that no one knew when they would be coming in, we saw what we thought was the ship coming in.  Picking up our cameras we were able to confirm that is was in fact the Kalmar Nyckel on it's way.  It finally arrived at about 1:30 PM on Sunday. 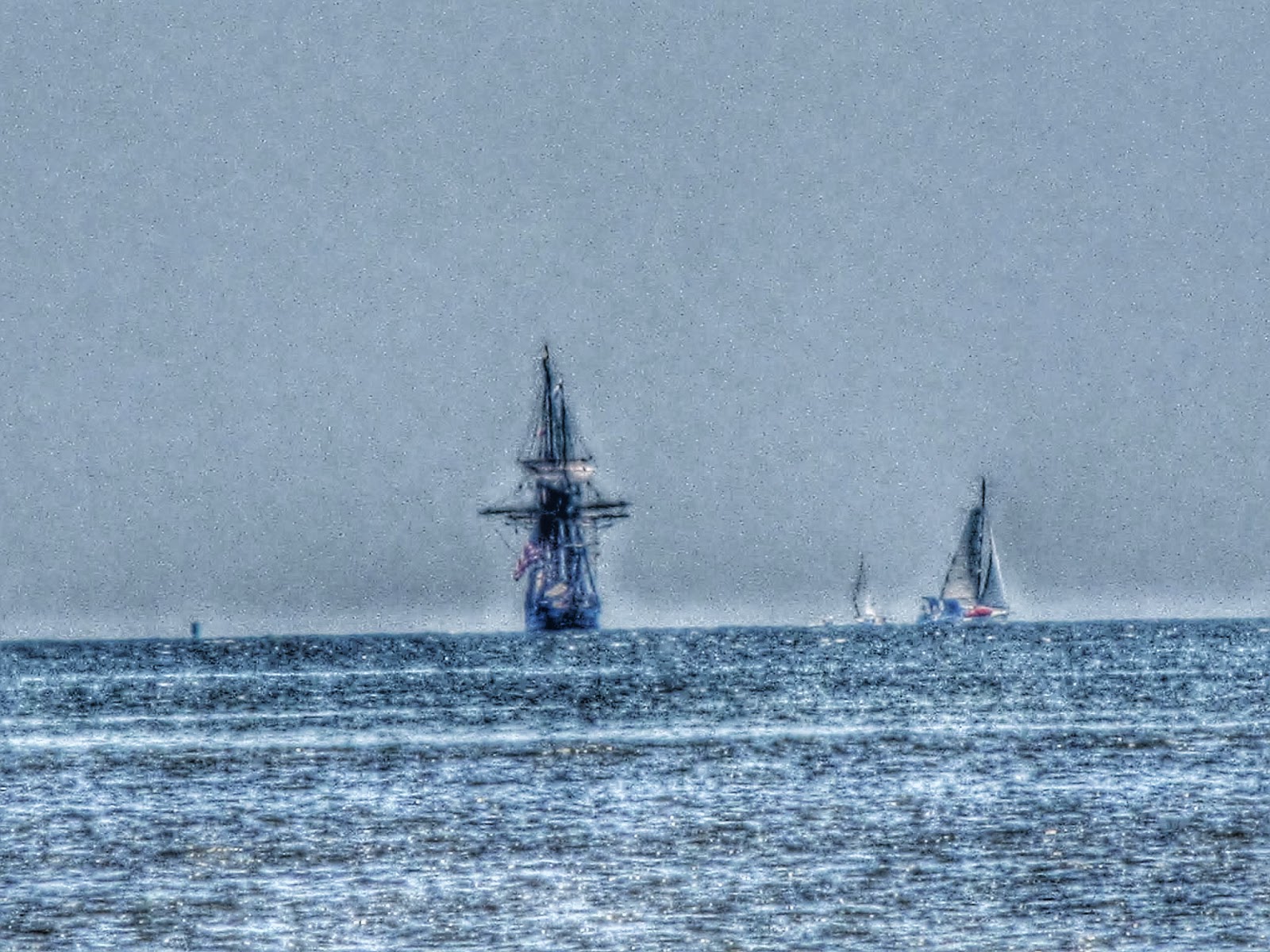 We took this photo at about 1:00 PM that showed it was the ship in question.  The zoom in was at 500 power or 80x optical.  So yeah, that is an incredible distance.   The reason why the picture seems grey.  So no deck tours were available but they did manage to get out one evening cruise that departed at 4:00 PM as scheduled.  They had to leave soon afterward to go to their next destination.  The crew was not happy about not being able to stay and see everyone who came out, but they at least were able to come in for awhile.

It's been several years since the Kalmar Nyckel has been in the area.  Let's hope for a full weekend next year. 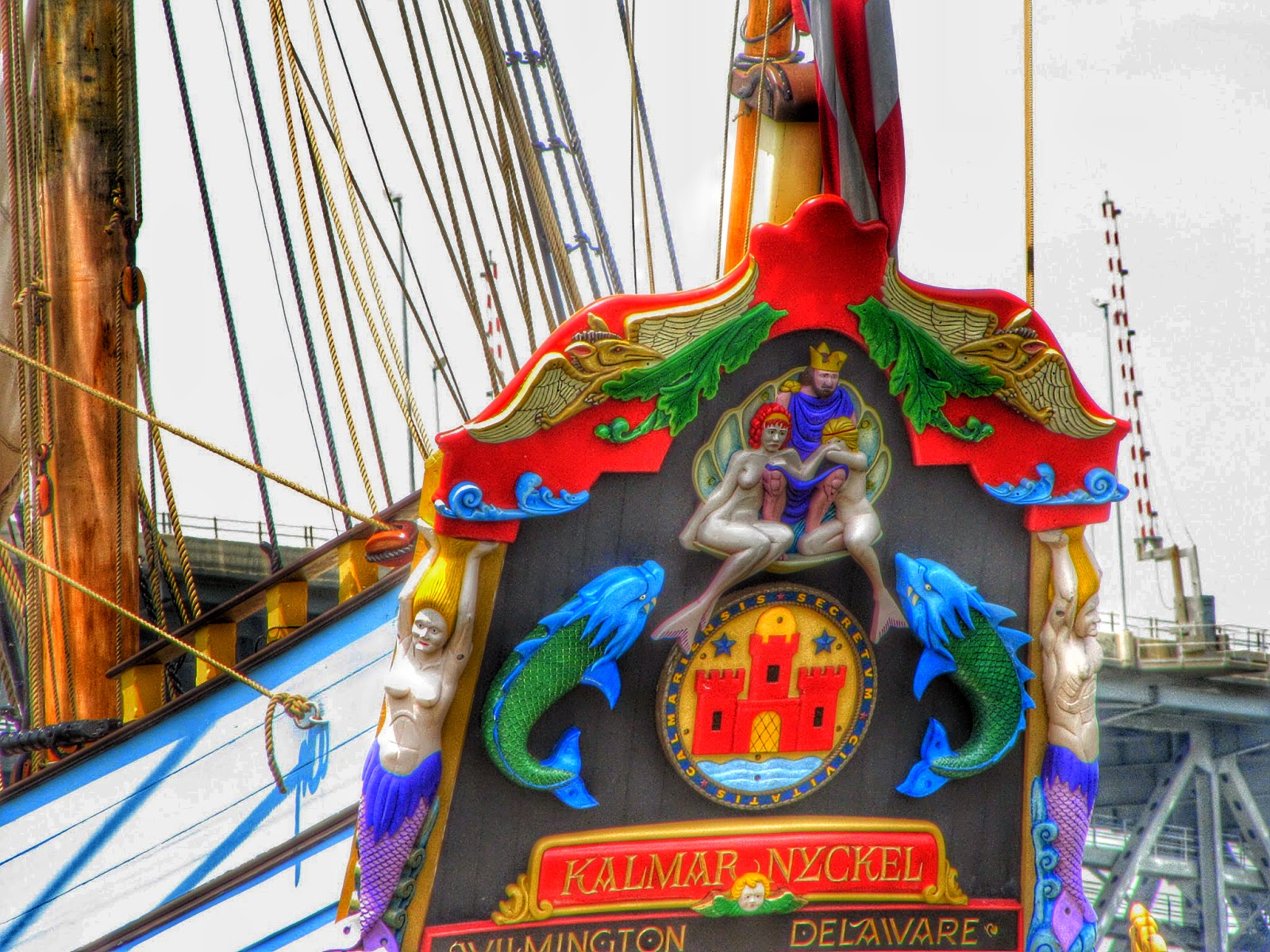 One of the most notable differences this year is the updated paint job on the back end of the ship.  This is a very fresh look. 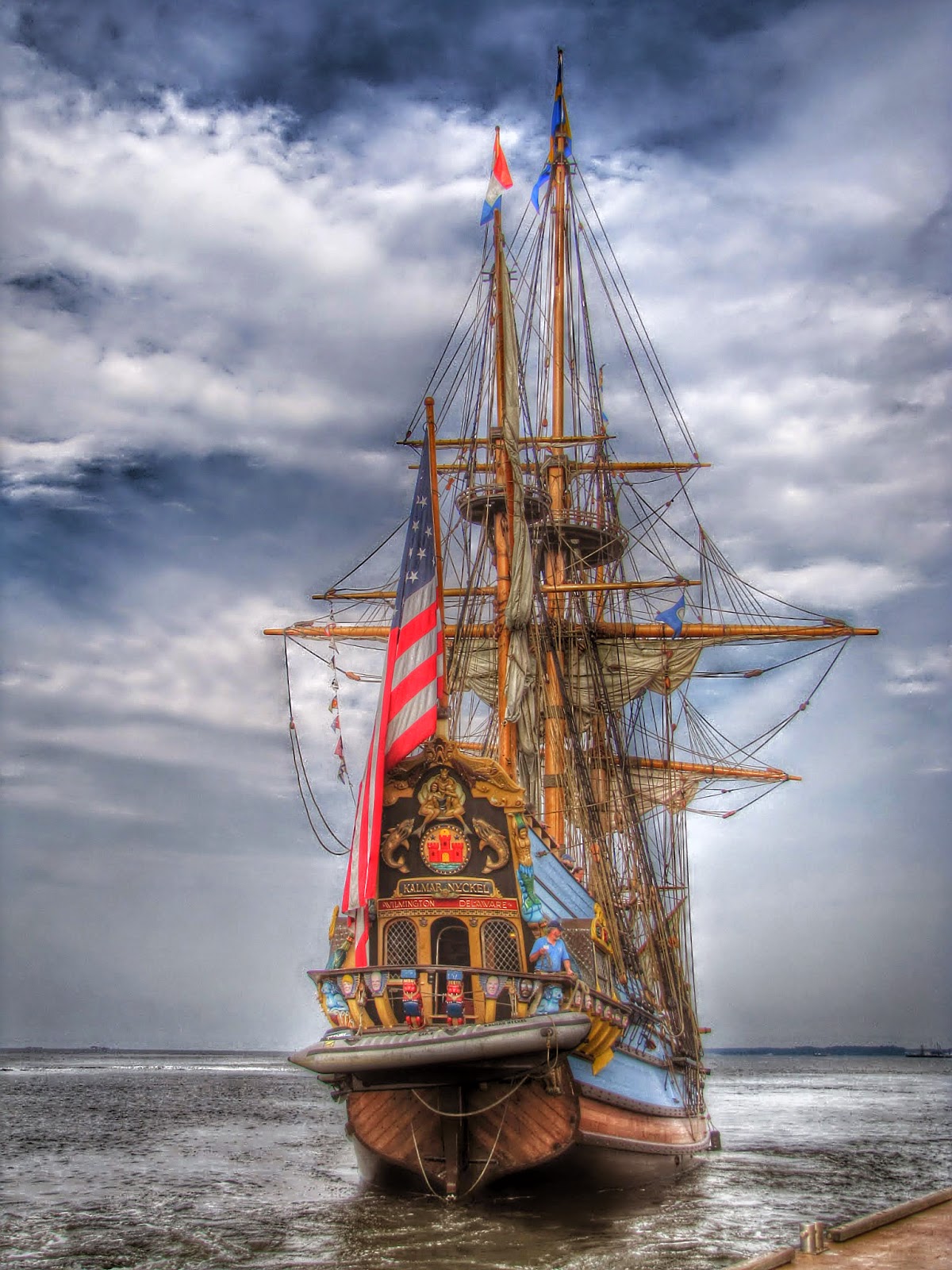 The back of the above picture is harder to see than the other one.  This picture was taken a few years ago or the last time the Kalmar Nyckel was in the area.  If you look at the fish, you can see that they are different colors and also Nemo's shroud is now painted where it wasn't before.

All pictures here shot and provided by C Thompson of TTC Media and are under copyright protection.