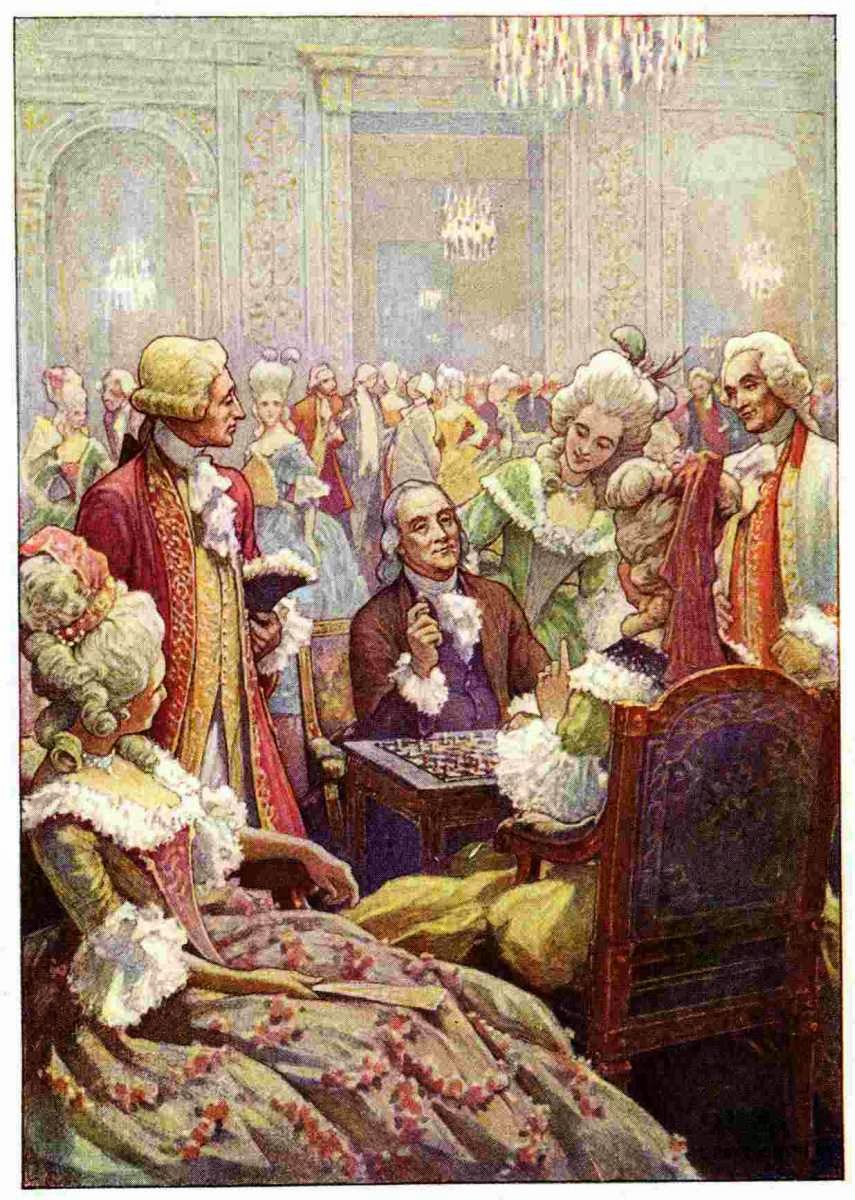 I had been religiously educated as a Presbyterian; and though some of the dogmas of that persuasion, such as the eternal decrees of God, election, reprobation, etc., appeared to me unintelligible, others doubtful, and I early absented myself from the public assemblies of the sect, Sunday being my studying day, I never was without some religious principles. I never doubted, for instance, the existence of the Deity; that he made the world, and govern'd it by his Providence; that the most acceptable service of God was the doing good to man; that our souls are immortal; and that all crime will be punished, and virtue rewarded, either here or hereafter. These I esteem'd the essentials of every religion; and, being to be found in all the religions we had in our country, I respected them all, tho' with different degrees of respect, as I found them more or less mix'd with other articles, which, without any tendency to inspire, promote, or confirm morality, serv'd principally to divide us, and make us unfriendly to one another. This respect to all, with an opinion that the worst had some good effects, induc'd me to avoid all discourse that might tend to lessen the good opinion another might have of his own religion; and as our province increas'd in people, and new places of worship were continually wanted, and generally erected by voluntary contribution, my mite for such purpose, whatever might be the sect, was never refused.

Tho' I seldom attended any public worship, I had still an opinion of its propriety, and of its utility when rightly conducted, and I regularly paid my annual subscription for the support of the only Presbyterian minister or meeting we had in Philadelphia. He us'd to visit me sometimes as a friend, and admonished me to attend his administrations, and I was now and then prevail'd on to do so, once for five Sundays successively. Had he been in my opinion a good preacher, perhaps I might have continued, notwithstanding the occasion I had for the Sunday's leisure in my course of study; but his discourses were chiefly either polemic arguments, or explications of the peculiar doctrines of our sect, and were all to me very dry, uninteresting, and unedifying, since not a single moral principle was inculcated or enforc'd, their aim seeming to be rather to make us Presbyterians than good citizens.

At length he took for his text that verse of the fourth chapter of Philippians, "Finally, brethren, whatsoever things are true, honest, just, pure, lovely, or of good report, if there be any virtue, or any praise, think on these things." And I imagin'd, in a sermon on such a text, we could not miss of having some morality. But he confin'd himself to five points only, as meant by the apostle, viz.: 1. Keeping holy the Sabbath day. 2. Being diligent in reading the holy Scriptures. 3. Attending duly the publick worship. 4. Partaking of the Sacrament. 5. Paying a due respect to God's ministers. These might be all good things; but, as they were not the kind of good things that I expected from that text, I despaired of ever meeting with them from any other, was disgusted, and attended his preaching no more. I had some years before compos'd a little Liturgy, or form of prayer, for my own private use (viz., in 1728), entitled, Articles of Belief and Acts of Religion. I return'd to the use of this, and went no more to the public assemblies. My conduct might be blameable, but I leave it, without attempting further to excuse it; my present purpose being to relate facts, and not to make apologies for them.

T was about this time I conceived the bold and arduous project of arriving at moral perfection. I wish'd to live without committing any fault at any time; I would conquer all that either natural inclination, custom, or company might lead me into. As I knew, or thought I knew, what was right and wrong, I did not see why I might not always do the one and avoid the other. But I soon found I had undertaken a task of more difficulty than I had imagined. While my care was employ'd in guarding against one fault, I was often surprised by another; habit took the advantage of inattention; inclination was sometimes too strong for reason. I concluded, at length, that the mere speculative conviction that it was our interest to be completely virtuous, was not sufficient to prevent our slipping; and that the contrary habits must be broken, and good ones acquired and established, before we can have any dependence on a steady, uniform rectitude of conduct. For this purpose I therefore contrived the following method.
In the various enumerations of the moral virtues I had met with in my reading, I found the catalogue more or less numerous, as different writers included more or fewer ideas under the same name. Temperance, for example, was by some confined to eating and drinking, while by others it was extended to mean the moderating every other pleasure, appetite, inclination, or passion, bodily or mental, even to our avarice and ambition. I propos'd to myself, for the sake of clearness, to use rather more names, with fewer ideas annex'd to each, than a few names with more ideas; and I included under thirteen names of virtues all that at that time occurr'd to me as necessary or desirable, and annexed to each a short precept, which fully express'd the extent I gave to its meaning.
These names of virtues, with their precepts, were:
1. Temperance
Eat not to dullness; drink not to elevation.
2. Silence.
Speak not but what may benefit others or yourself; avoid trifling conversation.
3. Order.
Let all your things have their places; let each part of your business have its time.
4. Resolution.
Resolve to perform what you ought; perform without fail what you resolve.
5. Frugality.
Make no expense but to do good to others or yourself; i. e., waste nothing.
6. Industry.
Lose no time; be always employ'd in something useful; cut off all unnecessary actions.
7. Sincerity.
Use no hurtful deceit; think innocently and justly; and, if you speak, speak accordingly.
8. Justice.
Wrong none by doing injuries, or omitting the benefits that are your duty.
9. Moderation.
Avoid extreams; forbear resenting injuries so much as you think they deserve.
10. Cleanliness.
Tolerate no uncleanliness in body, cloaths, or habitation.
11. Tranquillity.
Be not disturbed at trifles, or at accidents common or unavoidable.
12. Chastity.
13. Humility.
Imitate Jesus and Socrates.
My intention being to acquire the habitude of all these virtues, I judg'd it would be well not to distract my attention by attempting the whole at once, but to fix it on one of them at a time; and, when I should be master of that, then to proceed to another, and so on, till I should have gone thro' the thirteen; and, as the previous acquisition of some might facilitate the acquisition of certain others, I arrang'd them with that view, as they stand above. Temperance first, as it tends to procure that coolness and clearness of head, which is so necessary where constant vigilance was to be kept up, and guard maintained against the unremitting attraction of ancient habits, and the force of perpetual temptations. This being acquir'd and establish'd, Silence would be more easy; and my desire being to gain knowledge at the same time that I improv'd in virtue, and considering that in conversation it was obtain'd rather by the use of the ears than of the tongue, and therefore wishing to break a habit I was getting into of prattling, punning, and joking, which only made me acceptable to trifling company, I gave Silence the second place. This and the next, Order, I expected would allow me more time for attending to my project and my studies. Resolution, once become habitual, would keep me firm in my endeavours to obtain all the subsequent virtues; Frugality and Industry freeing me from my remaining debt, and producing affluence and independence, would make more easy the practice of Sincerity and Justice, etc., etc. Conceiving then, that, agreeably to the advice of Pythagoras in his Golden Verses, daily examination would be necessary, I contrived the following method for conducting that examination.
I made a little book, in which I allotted a page for each of the virtues. I rul'd each page with red ink, so as to have seven columns, one for each day of the week, marking each column with a letter for the day. I cross'd these columns with thirteen red lines, marking the beginning of each line with the first letter of one of the virtues, on which line, and in its proper column, I might mark, by a little black spot, every fault I found upon examination to have been committed respecting that virtue upon that day.

Conceiving God to be the fountain of wisdom, I thought it right and necessary to solicit his assistance for obtaining it; to this end I formed the following little prayer, which was prefix'd to my tables of examination, for daily use.

"O powerful Goodness! bountiful Father! merciful Guide! Increase in me that wisdom which discovers my truest interest. Strengthen my resolutions to perform what that wisdom dictates. Accept my kind offices to thy other children as the only return in my power for thy continual favours to me."
I used also sometimes a little prayer which I took from Thomson's Poems, viz.:
"Father of light and life, thou Good Supreme!
O teach me what is good; teach me Thyself!
Save me from folly, vanity, and vice,
From every low pursuit; and fill my soul
With knowledge, conscious peace, and virtue pure;
Sacred, substantial, never-fading bliss!" 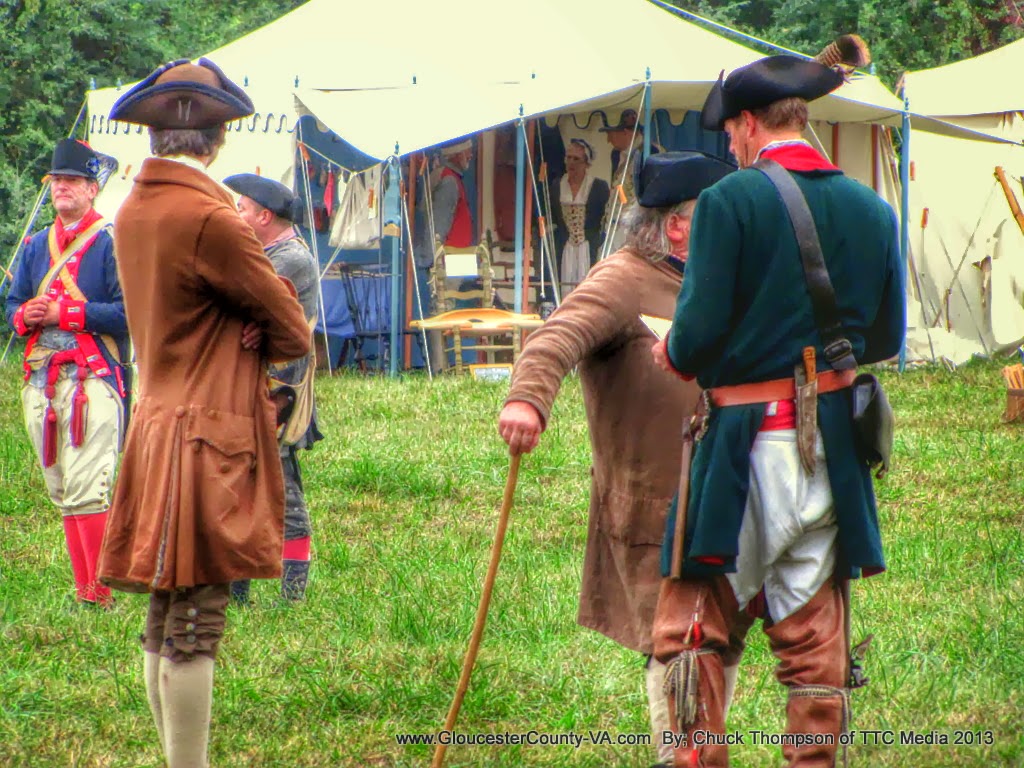