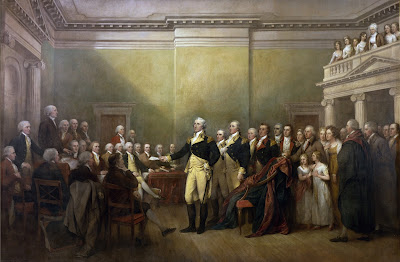 The ACLU and I don’t agree on a lot of issues, but here’s one where we are of like mind: civil asset forfeiture. The Oklahoma ACLU studied the civil asset forfeiture records for counties lying adjacent to Interstate 40, which sort of bisects the state East to West, and found that of $6 Million in assets seized from 2009 to 2014, only about $2 Million came from people eventually charged with a crime; $4 Million came from people never charged with anything.

Operating under the belief that no one these days carries large amounts of cash unless they have engaged in or plan criminal activity, “policing for profit,” as it is sometimes called (another sheriff called it “pennies from heaven”) is a clear affront to 4th Amendment protections against warrantless search and seizure.

An attempt in Virginia this year to tighten the rules and provide more protections for citizens failed to pass. In Oklahoma, one brave Republican State Senator has introduced legislation to make this less lucrative (for instance: all proceeds go to the general fund rather than to the jurisdiction making the seizure) and, predictably, law enforcement agencies are fighting it hard, as they did in Virginia. Here’s a great rundown on the issue, courtesy of the Heritage Foundation.

Most people seem to take the position that this doesn’t affect them since they would never carry large sums of money, not realizing that “asset” includes more than mere cash; vehicles, homes and other property is also routinely seized. Everyone and anyone could be affected by this. If this bothers you, you know who to talk with.

I’m giving a presentation on Monday to a local Republican Women’s Club. They asked me to speak on Presidential Executive Orders. As if on que, President Obama issues anothercontroversial one, this time ordering paid sick leave for all federal contractor personnel. Apparently the President believes he has the statutory authority to unilaterally change the conditions for federal contracts, just not during his term of office. He has set this E.O. up so it takes effect after his predecessor takes office in 2017. Nice. I wonder if the new guy (gal?) will leave this in place?

I’m not going to go into any detail here on Executive Orders, I’ll save that for Monday’s presentation and maybe a future Constitutional Corner – it is rather complicated. But this order of President Obama may end up like Executive Order 12954, issued by President Clinton in 1995. Clinton attempted to stop the federal government from contracting with organizations that had strike-breakers on their payrolls. A federal appeals court invalidated that order because it conflicted with the National Labor Relations Act. A second order of Clinton’s, E.O. 13155, was also overturned. This one is going to cost the government a lot more money, we’ll see if Congress lets it ride. The most famous failed Executive Order was Harry Truman’s attempt to take over America’s steel mills. Shot down by the Supreme Court itself.

Transparency in the Judiciary.

The Supreme Court has placed themselves under great scrutiny of late, due largely to a series of questionable opinions, which have caused some (including moi) to re-examine our presumed “law of the land” doctrine. Another factor which often places our court system in an unfavorable light, is the fairly common prohibition of cameras in the courtroom. The rule makes it possible for courtroom artists to make a living, but otherwise tends to cloud the court in an aura of secrecy and non-transparency. Sure, most trials and hearings are open to the public, but who wants to take the time to attend unless you know someone involved in the case? And maybe there won’t be room if you get there late. Why not be able to watch from the comfort of your own home, with beer and chips at hand?

Every few years the prohibition of TV cameras during Supreme Court proceedings returns to the headlines and, of course, the media wants the proceedings open to photography of all kinds (did you know you can download audio recordings of Supreme Court oral arguments?). The Court, naturally, wants to retain a sense of decorum and avoid the circus atmosphere that accompanies trials or hearings with wide public interest (i.e., O.J. Simpson); but fourteen federal trial courts recently completed a four year study of the effect of video cameras, it will be interesting to what the study concludes.

What caused me to mention all this, however, was not the Supreme Court issue, but ratherthis article about the alleged questionable behavior of a municipal court judge in Georgia, caught by a hidden camera. I don’t attend trials or hearings as a practice, much too busy for that; and I’ve not been a defendant in one since 1968 (traffic court – boy that seems a long time ago), so I can’t say whether the judge’s behavior here was especially unusual or unprofessional. But here’s a case where a camera might have done some good in bringing questionable performance to light.

That’s all for now. We had a great time this morning on WFYL radio discussing “Kim Davis and the Rule of Law; we actually had two, count ‘em, two call-ins. Hope you joined us on “Listen Live.” If you didn’t, the podcast should be up on the website soon.

Time is fleeting to join us on Constitution Day to hear Dr. Herb Titus give us his view of the future effects of Obergefell v. Hodges. Herb is a great speaker, you won’t be disappointed. Go to www.face.net and sign up for Lessons in Liberty.

Attendance is also climbing for my first-ever “youth-only” Constitution Seminar (19 September), held in partnership with Constituting America. There is still room, but the class looks like it might actually fill. Don’t delay if you know any local ( to Tidewater Virginia) 14-18 year olds who need to learn their “Supreme Law of the Land.”