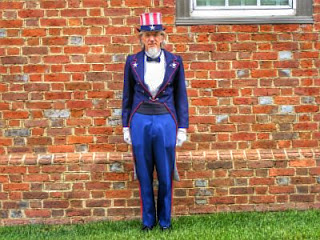 A. The Attorney General shall give his advice and render official advisory opinions in writing only when requested in writing so to do by one of the following: the Governor; a member of the General Assembly; a judge of a court of record or a judge of a court not of record; the State Corporation Commission; an attorney for the Commonwealth; a county, city or town attorney in those localities in which such office has been created; a clerk of a court of record; a city or county sheriff; a city or county treasurer or similar officer; a commissioner of the revenue or similar officer; a chairman or secretary of an electoral board; or the head of a state department, division, bureau, institution or board.

B. Except in cases where an opinion is requested by the Governor or a member of the General Assembly, the Attorney General shall have no authority to render an official opinion unless the question dealt with is directly related to the discharge of the duties of the official requesting the opinion. Any opinion request to the Attorney General by an attorney for the Commonwealth or county, city or town attorney shall itself be in the form of an opinion embodying a precise statement of all facts together with such attorney's legal conclusions.

If you ever question the legality of local ordinances in the State of Virginia, and you can not find a proper corresponding state code that would seem to go along with the ordinance in your locality, what do you do?  You start asking a lot of questions and perform a good deal of research.  Virginia is a Dillon Rule state.  What that means is that localities can not create their own laws that are not in accordance with state law.  So what happens when you have a locality that has a great deal of ordinances on it's books that are not in accordance with state law?

Is anyone's BS meter running high?  Ours has been as we have several emails from the state attorney's office showing us the above code and telling us we were seeking an opinion.  No, we were seeking an investigation.  Guess Cuccinelli was to busy running his failed campaign to bother to know this.  The chain of command throughout the state is broken and it needs to be fixed.  Very soon we are going to be calling for new state laws seeking audits of localities for compliance of their ordinances meeting the Dillon Rule, hence, being in compliance with the state as they are required to.  Any locality that fails an audit can have a number of issues occur.  The loss of state funding is one option, criminal charges against the attorney of the locality and board of supervisors is another possibility based on who and how the illegal ordinance(s) may have been voted on and passed.  Audits of the court system and the judges who may uphold the illegal ordinances along with potential criminal charges against any judge who goes along with said illegal ordinances.

Further audits that require the investigation into anyone who may have been charged under the illegal ordinances and restitution made to anyone found harmed by the illegal ordinances and paid for by those responsible for the creation of the illegal ordinances.  This must be put into place at the state level and very strictly adhered to in order to protect the people of the state.  Otherwise, localities can run all over their local populations or certain sections of it with impunity.  We all know that there is no such thing as equal access to the legal system anymore, even though that is what our founding fathers built with the Federal and State Constitutions.

We have created a petition on Change.org calling for our new governor to seriously look at this and see what it will take to enact such laws and get the office started.  Please sign the petition so that we can get this moving forward.  If localities are required to go through financial audits on a regular ongoing basis to ensure the people are not being robbed, why should audits of our laws be any different?  It still has the very real potential to rob us all.  This is how we insure our future against any potential unjust local government.