Who Is Joe Biden Really? By: Violet

I often times like to throw in some sarcasm or a bit of humor but because of the seriousness of this matter I doubt you will see much of it here. Due to the quarantine, which I won’t start sharing my opinions on that right now, I have found myself with more time than I’d prefer to have to watch television. With that being said….. we really need to talk about Joe Biden and who he really is.

We have heard numerous theories as to why he is hunkering down in the basement and what his true intentions are. Below, I hope to not only help you see who he is but what his ill intentions are.
In 1972, Joe Biden became the sixth youngest senator in American history for the state of Delaware, at some point, he became the chairman of the Senate Foreign Relations committee which is most likely when he started relations with China (who donated 1 billion dollars to his son Hunter) and the Ukraine. We know that he had relations with China which might be why he still won't comment on China's connection with Corona Virus.  also know that Hunter Biden, Joe's son was making $83,333 a month from a Ukrainian gas company named Burisma for 18 months beginning in 2014, please note that his father Joe Biden was the vice President at the time and had the investigating Ukrainian fired. Although, Hunter had no experience in the gas industry, nor could he speak Ukrainian. Which should certainly raise the eyebrows of anyone who is screaming “white privilege” wouldn’t you say?
In an interview with Time magazine in February of 2014, Mr Biden referred to himself as “the guy who did the crime bill ( Violent crime control bill and Law Enforcement Act) and the drug czar”, (which interestingly enough is defined as a ruler of Russia until the 1917 revolution in the Miriam-Webster Dictionary), he was referring to his anti-drug bill (Anti-Drug Abuse Bill of 1986) “where I  spent years trying to change drug policy relative to cocaine, for example, crack and powder.” It’s important to note that all of these czar-like bills ended up incarcerating and detaining many people of color. Which certainly seems plausible that Mr. Biden has not changed his views and is therefore being kept under close watch not to unintentionally expose his real views.
All of his vice-president potentials have disturbing backgrounds also which I had hoped to describe each one in this article but I will have a part two to cover that since there is so much you need to know about him first.
For instance, in 1977, he stated that “without orderly integration’ his children would grow up in a racial jungle”. Which is discerning because he wasn’t referring to his children’s school as a jungle until the prospect of children of color were to attend their school. Now you can say “that was in 1977, he’s a changed a man now". Yet, May 22, of this year he said that “if you vote for Trump you ain’t black”, suggesting you have no other choice but to vote for him if you are black. The man who incarcerated black people for years upon years for drug violations that a young person of Caucasian descent would likely get a slap on the hand for. And only this past week, he stated that the “Latino community is diverse, unlike the African American Community” which basically states that you are all alike. You aren’t free thinkers…you’re black and incapable of free thinking. That’s his heart as of this week folks. Ponder that, okay?
In closing, I just discovered the "Czar" comment from Mr. Biden and the comparison to someone in Russia pre revolution, it's hair raising for me since they are constantly accusing our President of illegal shenanigans with Russia and we all know that Hilary Clinton paid for the Steele Dossier they attempted to impeach the president with, which, by the way, was done here in the United States and not Russia. But there was a clip of Obama whispering to Russian President Dmitri A. Medvedev, "After the election I will have full flexibility." to do what? I didn’t get the opportunity to cover the “uncomfortable fondling” videos we see all over social media of Joe Biden putting his hands on little girls. Or the violation of your constitutional rights. So, I encourage you to come back and see part two of this, which will be focusing on his candidates for VP and I will be breaking it all down for you in the next segment which should allow you to see how he thinks. Who knows,  I think I may even take a third part to introduce you to the democratic connections to pedophilia and his anti-American views.

Violet's Rant: Using Your Head For Something Besides A Hat Rack 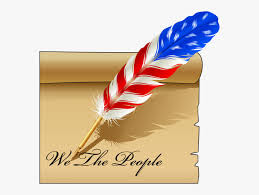 Statement by the President on Iraq

Martha’s Vineyard, MA
5:08 P.M. EDT
THE PRESIDENT:  Good afternoon, everybody.  I wanted to provide an update on recent developments in Iraq, including some important steps forward as Iraqis form a new government.
Over the past few days, American forces have successfully conducted targeted airstrikes to prevent terrorist forces from advancing on the city of Erbil, and to protect American civilians there.  Kurdish forces on the ground continue to defend their city, and we’ve stepped up military advice and assistance to Iraqi and Kurdish forces as they wage the fight against ISIL.
At the same time, we’ve continued our daily humanitarian efforts to provide life-saving assistance to the men, women and children stranded on Mount Sinjar, and deployed a USAID Disaster Assistance Response Team to help.  Some have begun to escape their perch on that mountain, and we’re working with international partners to develop options to bring them to safety.  I want to thank in particular the United Kingdom, France, and other countries working with us to provide much needed assistance to the Iraqi people.  And, meanwhile, our aircraft remain positioned to strike any terrorist forces around the mountain who threaten the safety of these families.
This advances the limited military objectives we’ve outlined in Iraq:  protecting American citizens, providing advice and assistance to Iraqi forces as they battle these terrorists, and joining with international partners to provide humanitarian aid.  But as I said when I authorized these operations, there is no American military solution to the larger crisis in Iraq.  The only lasting solution is for Iraqis to come together and form an inclusive government -- one that represents the legitimate interests of all Iraqis, and one that can unify the country’s fight against ISIL.
Today, Iraq took a promising step forward in this critical effort.   Last month, the Iraqi people named a new President.  Today, President Masum named a new Prime Minister designate, Dr. Haider al-Abadi.  Under the Iraqi constitution, this is an important step towards forming a new government that can unite Iraq’s different communities.
Earlier today, Vice President Biden and I called Dr. Abadi to congratulate him and to urge him to form a new cabinet as quickly as possible -- one that’s inclusive of all Iraqis, and one that represents all Iraqis.  I pledged our support to him, as well as to President Masum and Speaker Jabouri, as they work together to form this government.  Meanwhile, I urge all Iraqi political leaders to work peacefully through the political process in the days ahead.
This new Iraqi leadership has a difficult task.  It has to regain the confidence of its citizens by governing inclusively and by taking steps to demonstrate its resolve.  The United States stands ready to support a government that addresses the needs and grievances of all Iraqi people.  We are also ready to work with other countries in the region to deal with the humanitarian crisis and counterterrorism challenge in Iraq.  Mobilizing that support will be easier once this new government is in place.
These have been difficult days in Iraq -- a country that has faced so many challenges in its recent history.  And I’m sure that there will be difficult days ahead.  But just as the United States will remain vigilant against the threat posed to our people by ISIL, we stand ready to partner with Iraq in its fight against these terrorist forces.  Without question, that effort will be advanced if Iraqis continue to build on today’s progress, and come together to support a new and inclusive government.
Thanks, everybody.
END5:12 P.M. EDT