MY RANT: Blinded By The Dark: Medication time 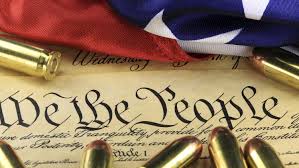 The days of old my friends have passed and quite frankly, the new generation doesn't seem to comprehend that everything costs something. I never understood how adults could want less freedom than a child would. Ask a child...any child...'would you like more rules that keep you inside and away from all the fun things you like?', and that child would most assuredly tell you they would like less rules so they could run and play and not worry about stranger danger but just be a kid. Yet here we are watching adults demand more rules when they don't even follow the ones, they have already voted in.

People get frustrated with me when I talk to them about seat belts laws or smoking laws and now, we are looking at infringements on every aspect of our freedoms. Sometimes if you take baby steps you can get a lot further than running so fast that people notice you and stop you along the way. That's what has been happening for years with our lawmakers. Bit by bit we have surrendered.  I get it, we hate when something causes harm to a loved one but changing laws every time something happens doesn't make it any better. It still happens and people hardly even go to jail for it nowadays anyways. Accountability has been thrown to the wayside.  Perhaps changing people might help though.  Something tells me I'd rather be blinded by the Light than the dark and I am afraid that this darkness has fallen upon many.

Now, let's look at why.... some psychotropics to alter one's mind are being prescribed like candy. Statistics show that 1 out of every 6 Americans is on some kind of anxiety medicine. Imagine that folks! That many people think they can't handle life. I hate to be the barer of bad news, but life can stink sometimes. That's the way it works but the new generation is mind weakened by drugs.

Then we have the population of people who statistics can't even seem to zero in on.... the underworld drug world... the synthetic drugs being the most fatal and causing nearly 92,000 deaths in 2020 and the rest who use, you can find in almost any type of household, no family is immune, yet our borders sit wide open for more illegals to bring in more drugs that will destroy the lives of our children and grandchildren. Addiction takes hold of them and only the strong will overcome its powers. Many will become a part of the increase of those 92,000 deaths. And yet, we welcome the darkness in.

So, now we have the next group of lost in space and don't be offended if you find yourself here. Remember, I didn't put you here, you did. Alcohol is not your friend, even though you may think otherwise. Take it from someone who doesn't drink. There's nothing pretty about anyone intoxicated. And yea, I know you think that they are laughing with you. But darling, they're laughing at you. I can't comprehend it really because I have always had the desire to know what was going on in my surroundings and I am glad I am that type. Shucks, I have a hard enough time trying to remember where my keys are without clouding my busy brain with things that could only make it worse.

Now that you see that more than half this country is medicated, either by physician or self-administered drugs, which includes alcohol then perhaps you see why we're in the mess we're in. I get it, some folks are in real need. Most are being pacified..... You can be compassionate without being enabling. And one can be happy without something that overshadows their true ability to reach happiness but the choice to do so must be made. I personally, would advise that you include God on that venture. Should the time come where you can no longer carry on.... lucky for you there will still be One set of footprints in the sand. Yes, He will carry you through.

With that being said, maybe that's why people haven't noticed the empty shelves and the high gas prices. You see, that doesn't affect them, small fees for bus fare to the food bank line and they really don't have to worry about it. Except for perhaps if people who expect you to work are elected in..... then there's a danger. A danger of not getting everything you want from a system that can't afford it and then offering it to the ones who brought your child or grandchild's fatal overdose into this country. I mean you'd have to be on drugs to think this is okay. You'd have to be on drugs to vote for anyone who steals freedoms from Americans and thinks handouts will make up for our rights that are being stolen away. The days of old have surely passed my friends, heroism has been tossed by the wayside and pansy~ism has become a real word.

In closing, I merely want to point out that no one is promised tomorrow and the only day you can truly be sure you have made a difference is today and each day you get the opportunity to live after that. The world has gone mad, people dwell on grudges and bitterness and hold on to things that aren't holding them up. If you ask me, it's time to put the clip boards away and tell these crybabies to "suck it up, Buttercup". Because the sea sometimes has waves and if you don't learn how to ride them... you're going to get sucked into the sea...... that's just the way it is.

And Americans...We The People already understand this....it's helping the medicated to comprehend, which is the true task that lies ahead.

THE WALKING DEAD IS WOKE BY: VIOLET

Alas for me.... here I sit in my little cubby hole trying to think up ways to awaken the "Walking Dead". You know what I am talking about..... it's not just a movie....it's for real. Don't try to pretend it isn't there because it is and it all began years ago. I hope to stay on track but you know me...everything I write is straight from the finger tips and if I feel the rant well....there's that.
Let's start with those ADD/ADHD meds you allowed them to give them to give your child. You know, those mind altering drugs people my age try to buy so they can get a high. That's right...if an adult can get a high off of it...what in the world is it doing to our children? Think about that now... children are on Ritalin  and if you don't know the side effects let me explain them as defined on Google. Nervousness, trouble sleeping, weight loss, dizziness, nausea, vomiting or headache may occur and it may raise one's blood pressure. Now, if you'd rather do that to your child than find a nice quiet place to work with them then that's on you and your child suffers because of that. Go ahead let the village raise your child....they'll medicate them and program them to think America is the root of all their problems. Seriously though, if you have a child your school has pegged as 'troubled', I urge you to buy the book "A strong-Willed Child" By: James Dobson. Many don't realize the ability a child has to stand for ones beliefs and not conform is a quality so many people wish they had. Don't surrender your child to drugs. Where will they turn when they are grown with no way of buying it? What will they turn to? Ponder that.....
Now, we need to get to another one of those "Walking Dead" drugs. That's right. Momma's and Papa's this one's on you! Did you know that you control your own happiness? That's right. You decide today..... if it's going to be a good day or a bad day from the moment your feet hit the floor. Why do you think I am always singing "Oh Happy Day"?  You do not need Valium, Xanax or any other anti depressant to change  your thoughts, regardless of what people tell you...you have control of that and always have. That's right...just ask NOOM... they will tell you they use the behavior modification therapy to alter your thinking. Amazing isn't it? You don't have the strength to change your own thoughts but you will allow someone else to brain wash you. Go ahead, take another mind altering drug if you want. Sounds like you have already decided to surrender to the government plantation and just take hand outs while you cry that you are emotionally unstable. That's right.....the first thing they'll ask you is if you have had to seek mental health treatment and you will raise your hand. Do yourself a favor and put down those drugs.... they are not helping you get off the current path you are taking towards the government plantation. It's no fun being a part of the Walking Dead......  just ask those who are strung out on the next set of "drugs" they have clouded our children's minds with....but adults are just as guilty as our young adults with this. Wouldn't it be great to walk around knowing you are in control and haven't surrendered to medications just to co-exist?
It's sad to see adults trembling for their next fix as they walk through the front door of their families homes. Sad to see children homeless because they ran away from alcoholism or abuse from something... only to find themselves coating the pain with the same drug or something worse than they ran away from. These drugs are mind altering too only they are much worse than anything imaginable. The addiction that takes over them turns them into people we do not know. We are stricken with pain as we watch loved ones rob us or others or even worse things just for their next fix. Then we read about them being left along the roadside because they overdosed and nobody wanted to call the police, I guess at some point they realized, these people were not their friends.
So, how do we stop it? Well my friend, it starts with you. Stop complaining about your grandsons pants and take him out for an afternoon doing something you both enjoy. Who cares if his hair is green and there's a leprechaun tattoo on his shoulder..... and your granddaughter who loves mouthing off...... Well, it just might be time to take her to a spa and teach her how to relax. Yup, now is a good time to do it... tomorrow might be too late. In the mean time, educate yourselves in identifying these drugs and protect your family from them. It has become apparent that the politicians are not looking out for them..... Oregon recently legalized every drug!!!! Do you really think any of these guys cares what happens to your child???? I am not seeing it folks, I am just not seeing it. They don't even want you to protect them....why else would they want to take away your guns? And why...someone.... please tell me why we Americans are allowing this.... The Walking Dead is Woke folks, are you listening or are you one of them?
at 10:13 AM No comments: