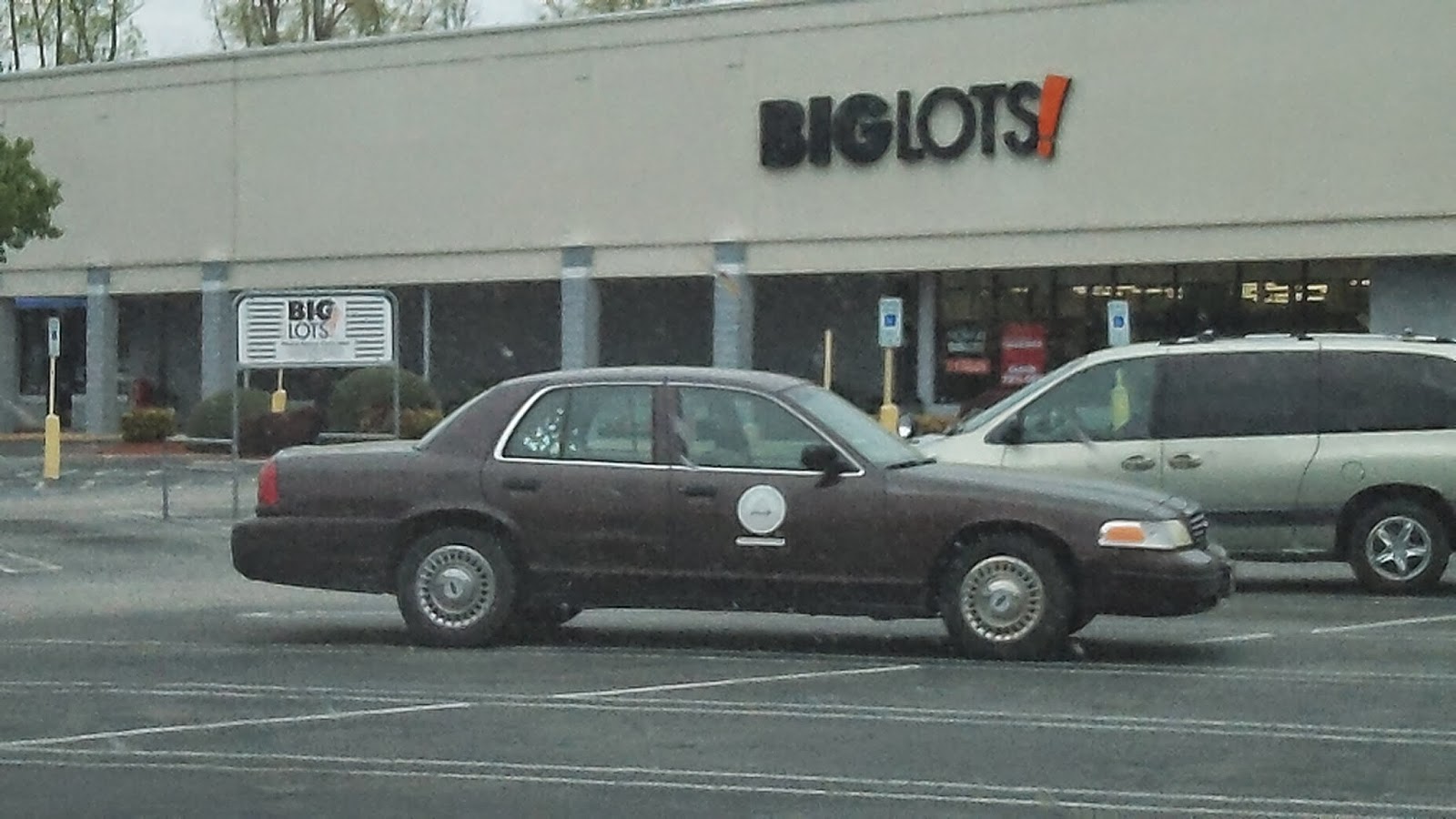 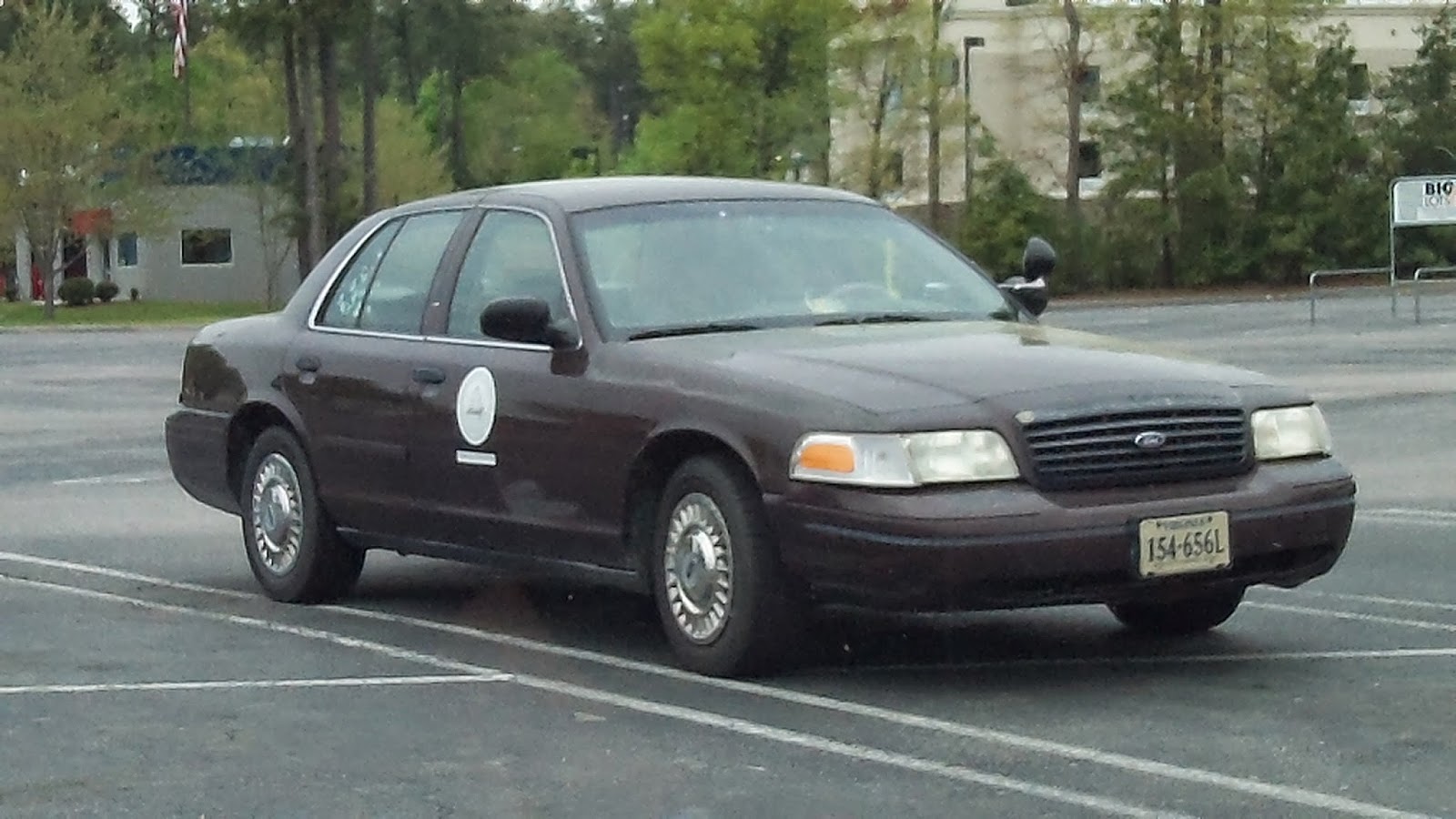 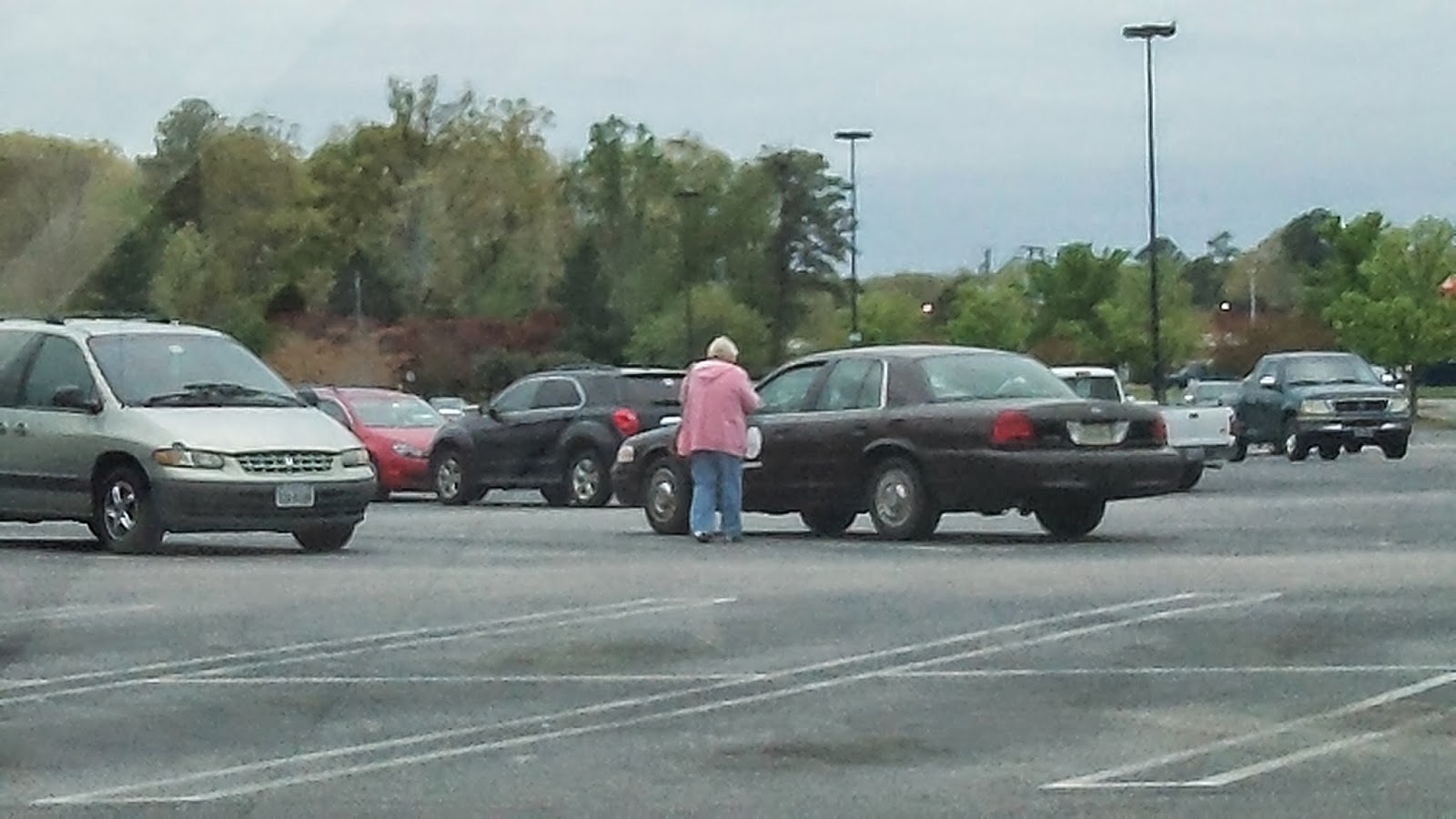 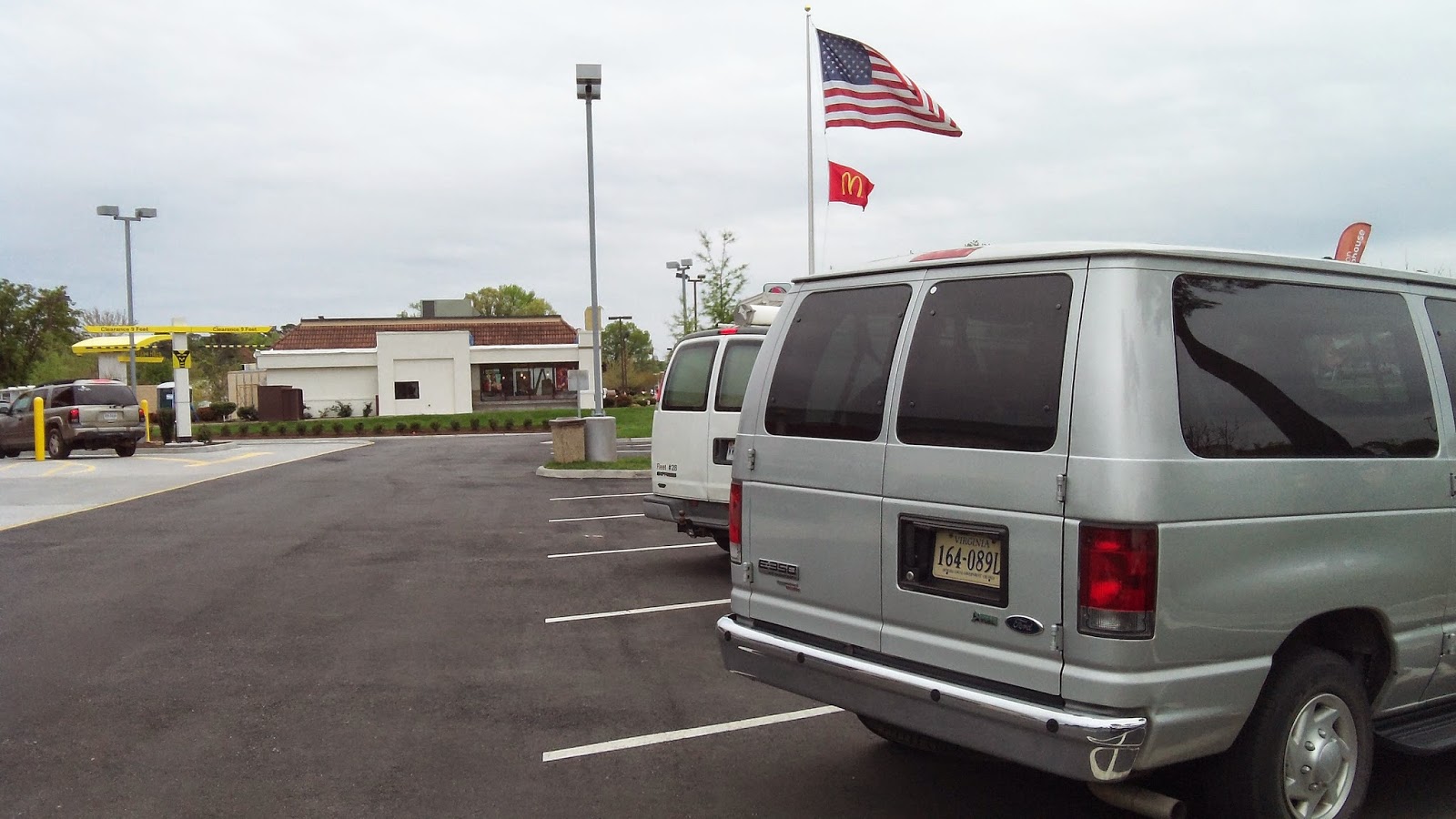 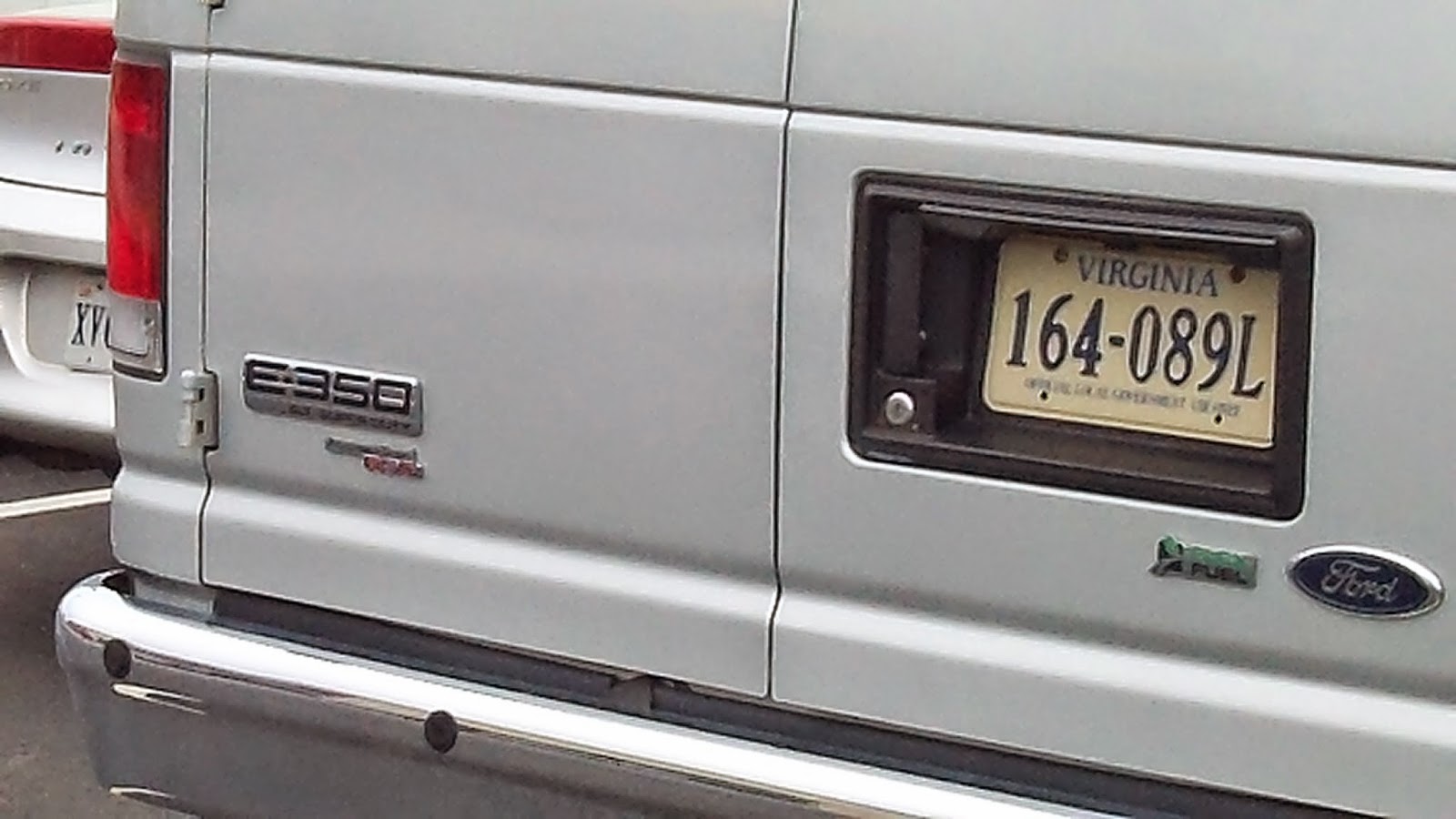 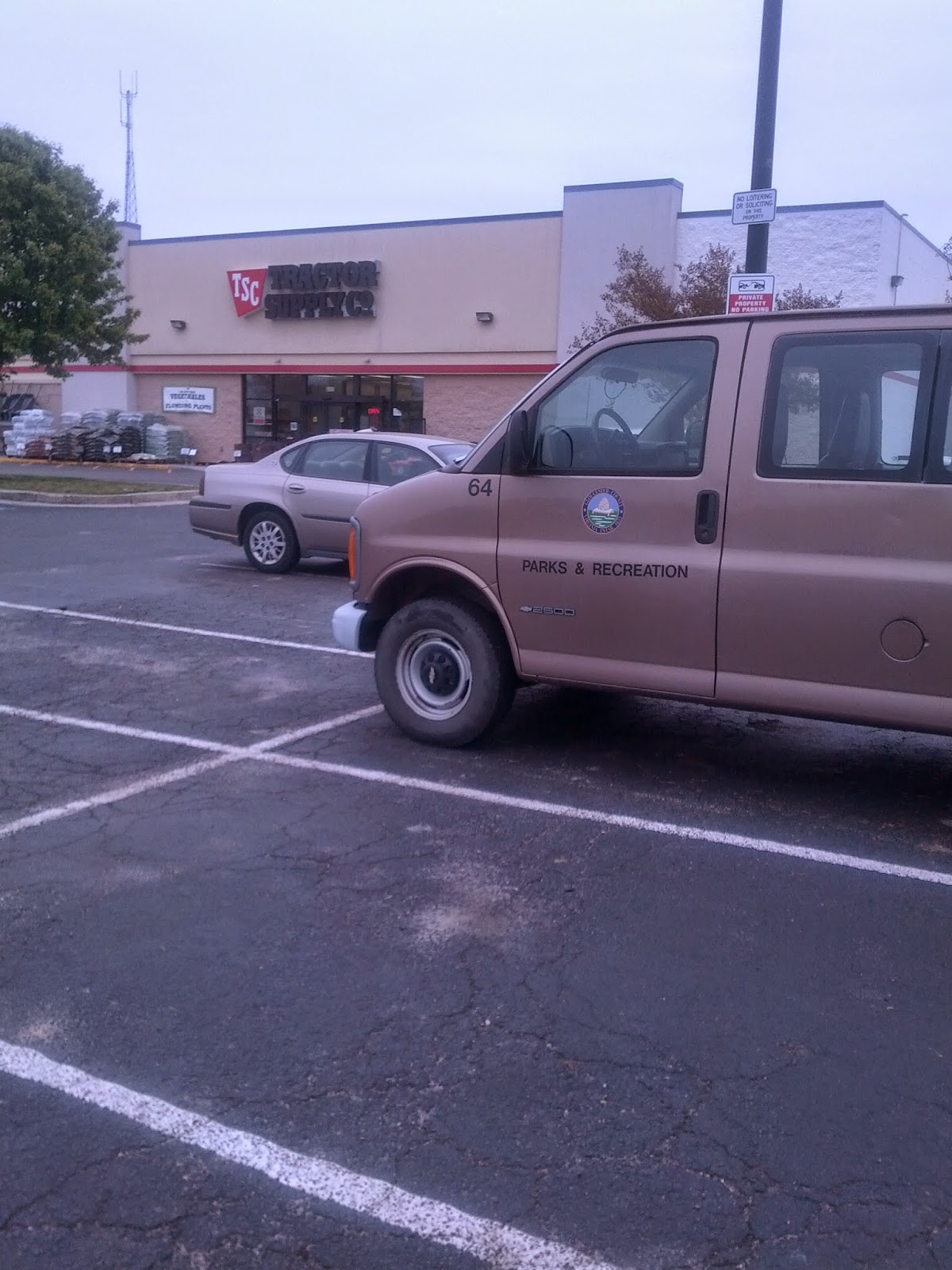 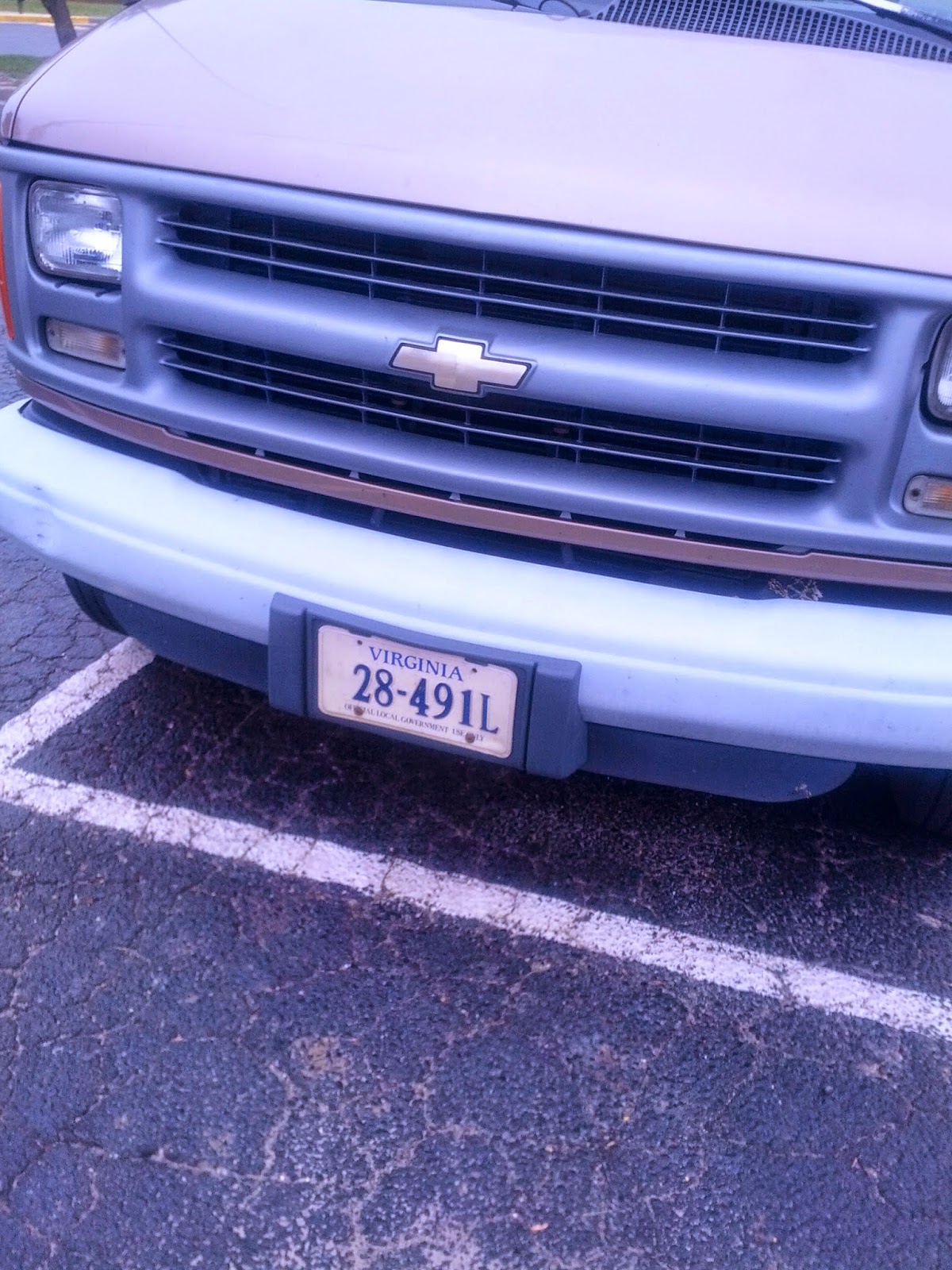 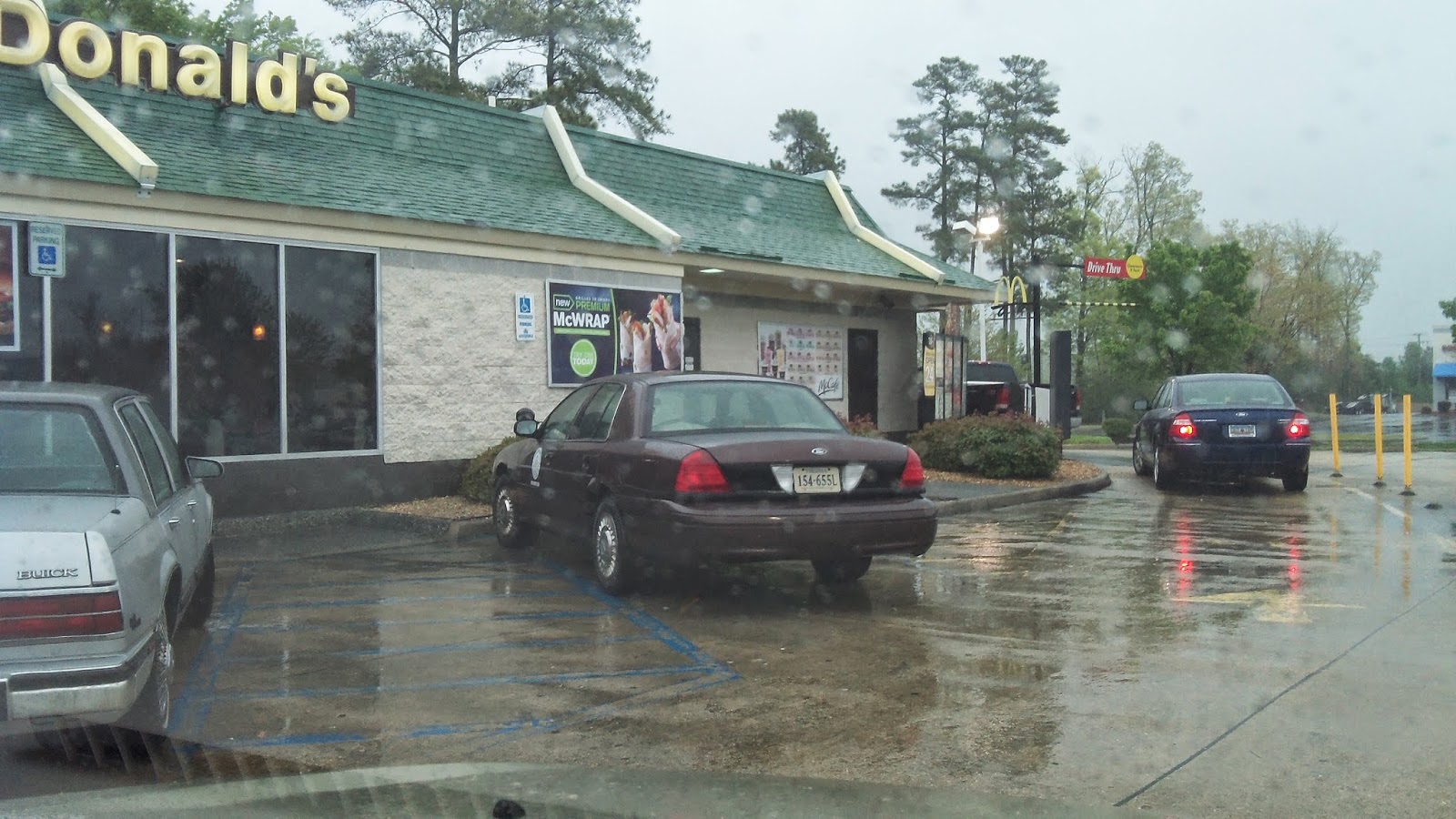 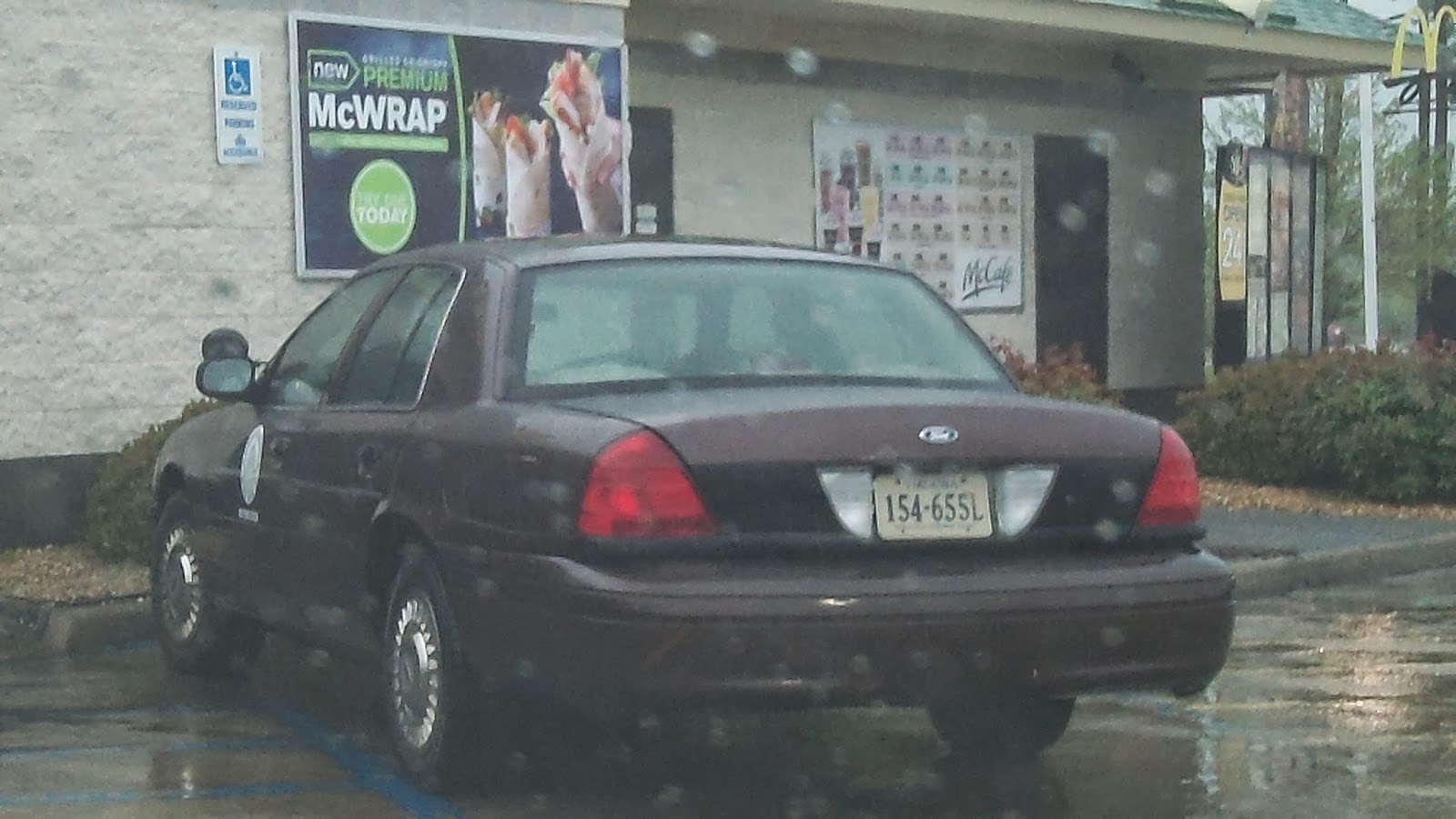 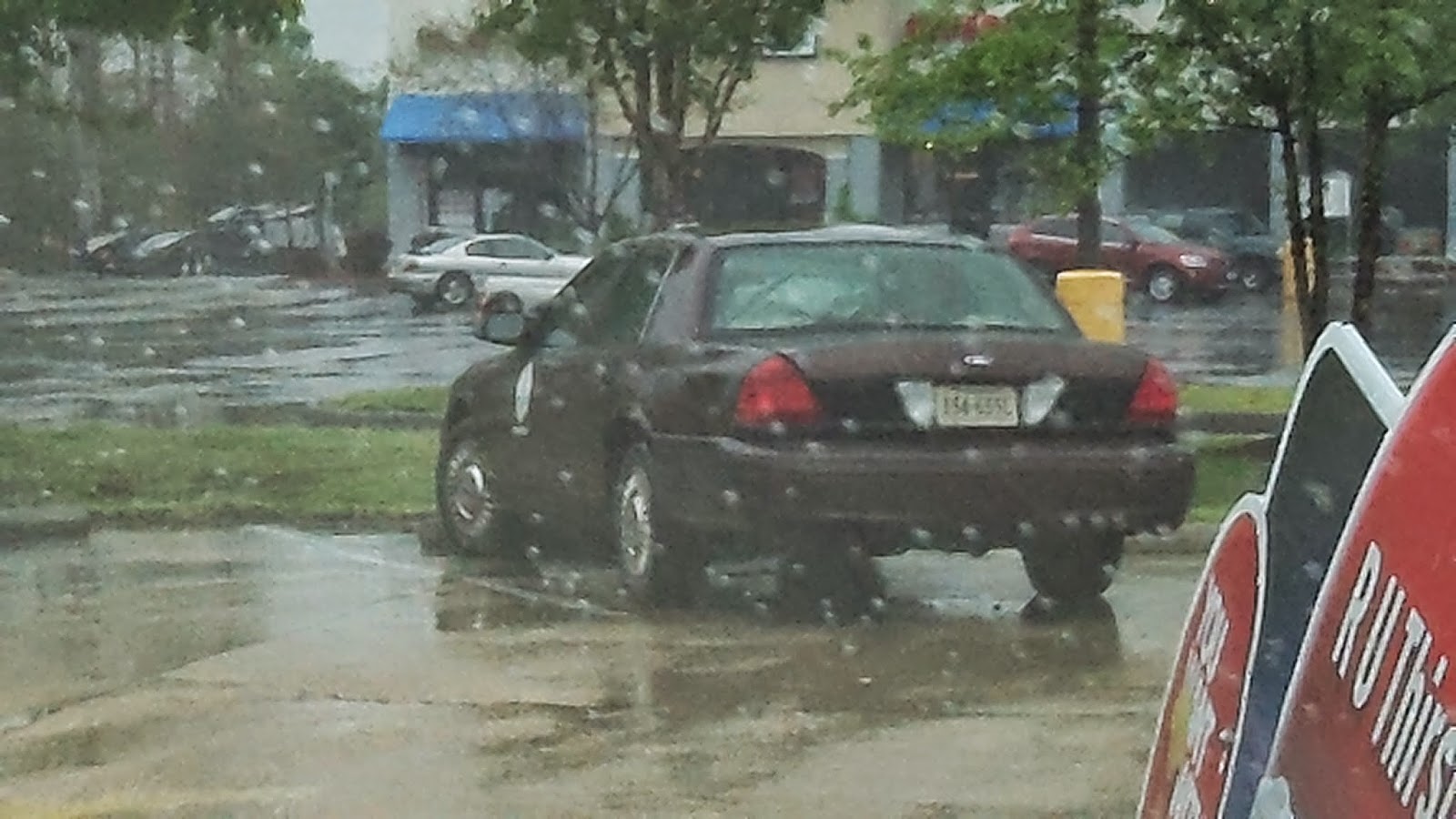 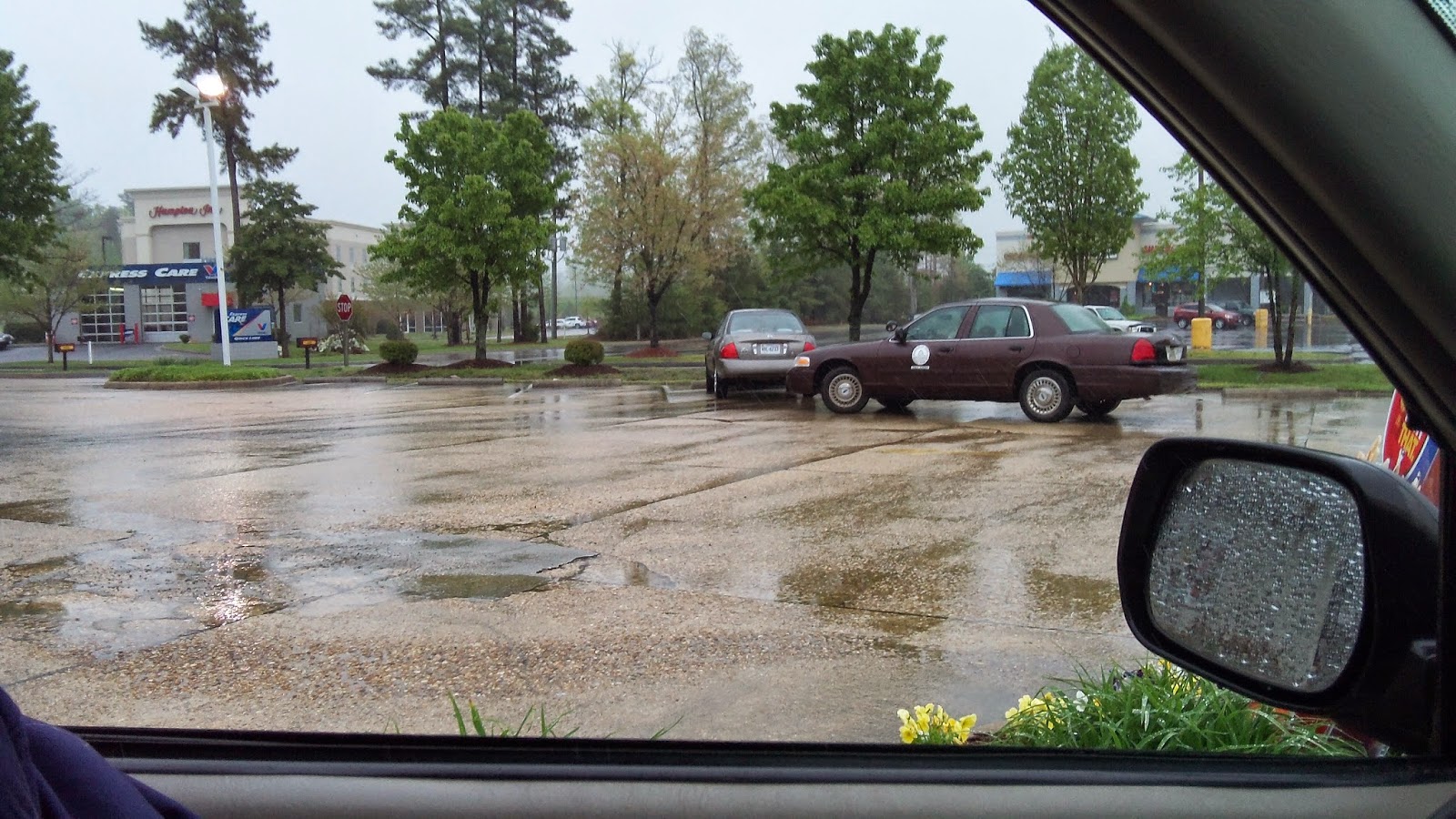 We shot these pictures in early morning within several hours over two days.  Monday and Tuesday.  And these are the ones we were able to photograph.  There were others we did not get our cameras out in time to catch.  (No one was shot with a gun and no one was hurt during our own shooting with cameras).  What these pictures show and other concerns we saw and will be showing with the video clip below is that Gloucester County employees use government vehicles for all kinds of personal use all the time for every conceivable issue.

Why should anyone care?  For one, it's against the Gloucester County employee rules handbook.  It's also against state law.  It's also at a cost to all taxpayers in Gloucester.  Since it's a violation of the employee code of conduct and the employees are blatantly ignoring such, how can the county expect to enforce any other policies if they can not even enforce something this simple?  If the county has no issues with any of these actions, then the county should change the policy and the state law to boot.

Now we will say that Brenda Garton; Gloucester County administrator,  has done a pretty decent job of getting the word out to the one side of the county employees although there are still a few rouges we catch here and there.  But overall, this side of the county government has rained in a number of abuses.   What we are finding most of these days are School Board employees abusing this system and rather extensively.  We are finding these employees shopping, eating inside of the fast food restaurants, pulling off to the side after getting food inside and eating in parking lots, banking and more, on your tax dollars.  According to a past email from The Kiser, he sees nothing wrong with your money being wasted.


The above video clip is a little tour of some of the photos in our collection over the past year that gives an idea of how pervasive the issue is.  This was not even half of our collection and we did not use any photos more than once.  A comment made recently from one Board of Supervisor member said he didn't care if someone stopped for coffee.  The expression given back was to then change the county code.  We think that employees who do not have access to a county vehicle should get special considerations because they do not have access to these same privileges and it would seem a violation to not give them such consideration since the same has to be done when it comes to breaks and health care insurance and pay grades.  That is only fair now isn't it?