I HAVE seldom known a boy who was not interested in the history of Napoleon. To me his story is like a novel, and no character ever charmed me more than that of his wife, the Empress Josephine. But I cannot find it in my heart to admire a man who so ruthlessly shed human blood. He stopped at nothing for his own personal advancement. Never has any conqueror fought more battles perhaps than he. 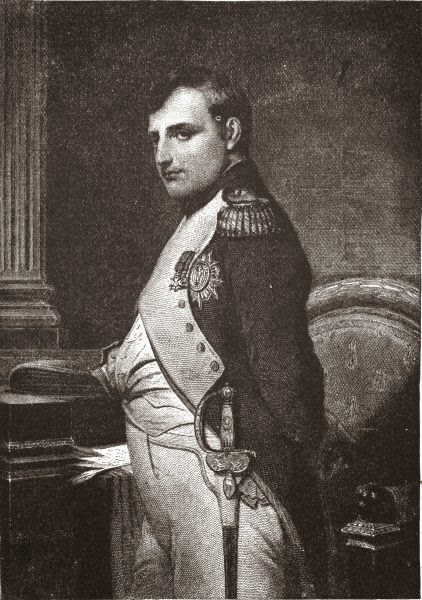 All Europe seemed draped in the weeds of mourning during the years of his power and greatness. I have often thought his reflections must have been sad indeed, when, during the last five years of his life, he was a weary exile on the little gum-tree island of St. Helena, with only a few friends around him, and subjected to great unkindness from the governor of the island.
St. Helena is an island in the South Atlantic Ocean, belonging to the British. It acquired celebrity from being the place of Napoleon's banishment. From the ocean it has the appearance of a lofty pyramidal mass of a dark-gray color, rising abruptly from out its depths.


But on approaching, a number of openings are discovered, forming the mouths of narrow valleys or ravines, leading gradually up to a central plateau. On these, at all openings where a landing might be effected, military works have been erected for the purpose of making it secure.
What a contrast does his life there present, to the time when great continents trembled before the power of his triumphant armies.
Napoleon Bonaparte was born in Corsica, 1769, and died at St. Helena, 1821, where he was buried beneath a weeping willow, for nineteen years, when France demanded his remains, and gave such a funeral as few perhaps have ever witnessed.