Gloucester, VA Do You Need A License Plate On You Vehicle? Federal Law Says No. States Can Not Override? 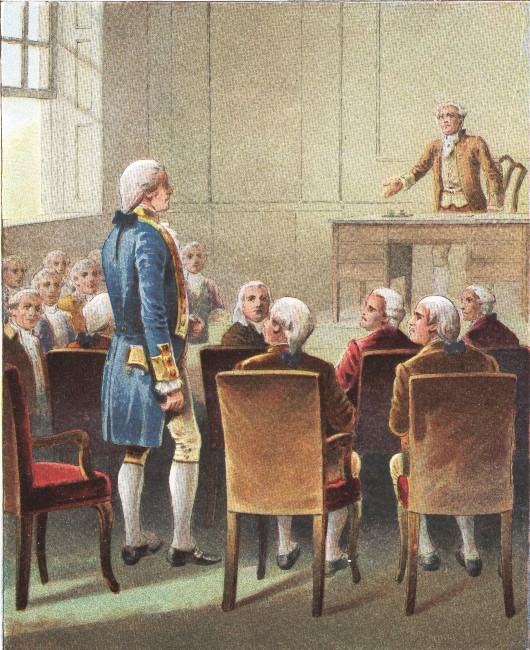 Get to know these well!  Posted by;  Freewill.
Marbury V. Madison 5 U.S. 137 says the Constitution of the United States is the Supreme law of the land.

Shapiro V. Thompson 394 U.S. 618 says the right to travel is so basic that it shouldn't even be questioned.

Murdoch V. Pennsylvania 319 U.S. 106 says no state may convert a secure liberty into a privilege and then issue a license and a fee for it.

Shuttlesworth V. Birmingham Alabama 373 U.S. 262 says I can ignore the license and engage in the right with impunity, that means you can’t punish me for it.

Norton V. Shelby County 118 U.S. 425 an unconstitutional act is not law. It confers no rights and poses no duties, affords no protections, and creates no office. It is in legal contemplation as inoperative though it had never been passed.

US V. Bishop 412 U.S. 346 Defines willfulness as an evil motive or intent to avoid a known duty or task under law with immoral certainty. I am using the constitution and supreme court cases so I am not using evil motives or intents.

16th Andrews prudent second section 97 says that it shall be interpreted in my favor because I am the clearly intended and expressly designated beneficiary for the protection of my rights and property.

S.C.R. 1795, Penhallow v. Doane’s Administrators (3 U.S. 54; 1 L.Ed. 57; 3 Dall. 54
Government Is Foreclosed from Parity with Real People
– Supreme Court of the United States 1795
“Inasmuch as every government is an artificial person, an abstraction, and a creature of
the mind only, a government can interface only with other artificial persons. The imaginary,
having neither actuality nor substance, is foreclosed from creating and attaining parity
with the tangible. The legal manifestation of this is that no government, as well as any
law, agency, aspect, court, etc. can concern itself with anything other than corporate,
artificial persons and the contracts between them.”
Supreme Court of the United States 1795
[--Not the "United States Supreme Court" –ed.]

CRUDEN v. NEALE 2N.C. (1796) 2 SE 70 “Every man is independent of all laws, except those prescribed by nature. He is not bound by any institutions formed by his fellowmen without his consent”
See link below for originating site.
http://www.nesaranetwork.com/2014/08/18/very-important-supreme-court-rulings/

Our Notes:  Do we recommend anyone test this?  Not really.  Anyone really want to try the system and at your own expense?  Though we agree with the above, we don't want to see people make numerous mistakes fighting the system.  Leave it to those who can afford it and know what they are doing.  Every type of trick will be used against you that you will not see coming and the court cases will go on forever.  It's better to fight them in the press and expose everything one can and let everyone see what the real deal is.  You have to love the people who are doing this as they are fighting for everyone's freedom and rights here in the US.