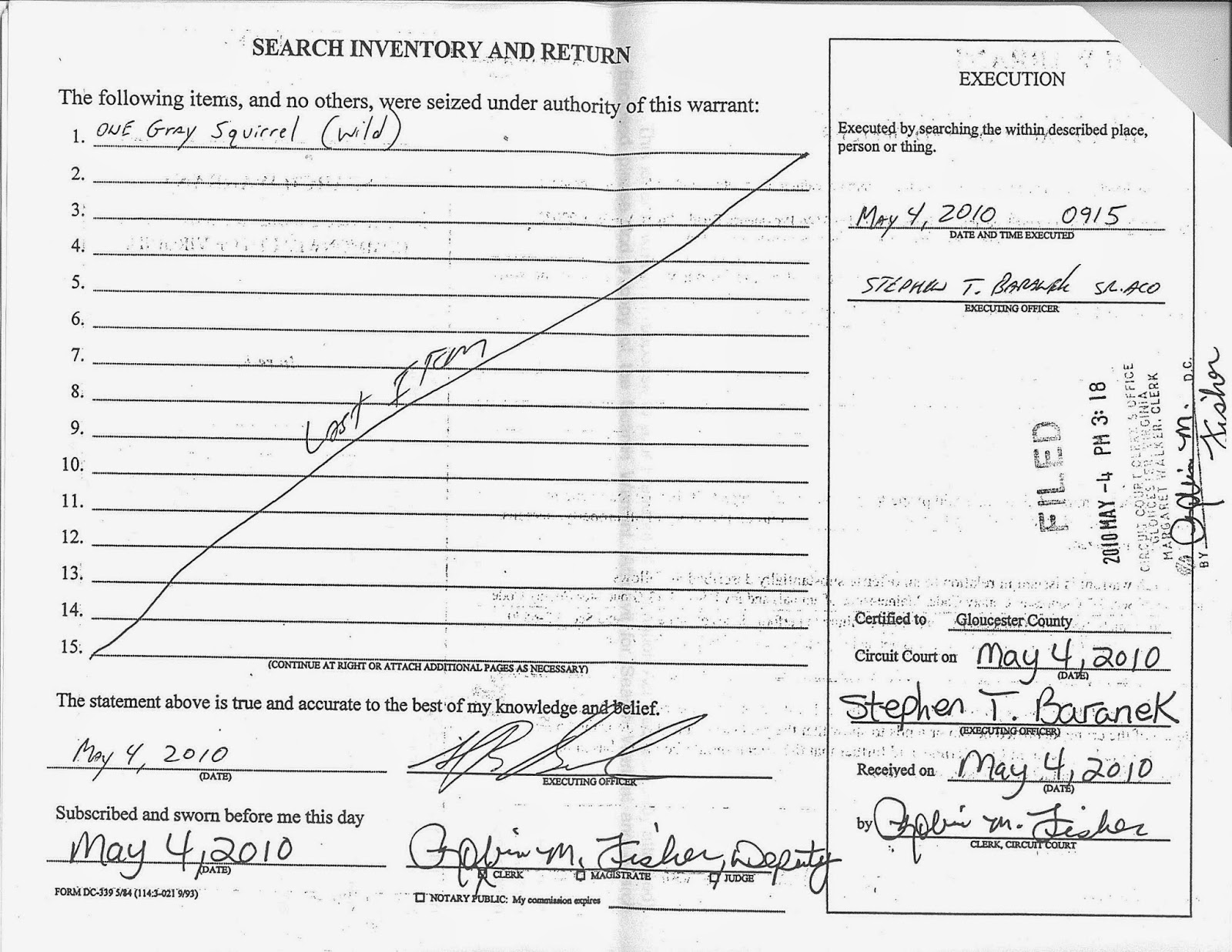 Back in May of 2010, the Crews residence was illegally raided and an illegal search warrant was used as part of that raid.  The evidence is right here.  This is the back end of that search warrant.  How do we know its illegal?  Simple, the name on the execution and return are that of Stephen T Baranek, who at that time was a deputy Animal Control officer.  Animal Control can not under Virginia code, ever, serve or execute a search warrant.  The front was issued and signed by Gloria Owens who is a deputy clerk of the circuit court.  But the case was held in District Court.  What business did a circuit court clerk have in district court business?  Also, a circuit court clerk can not at anytime issue a search warrant in the Commonwealth of Virginia.  Yet we have shown that Gloucester has done just that. 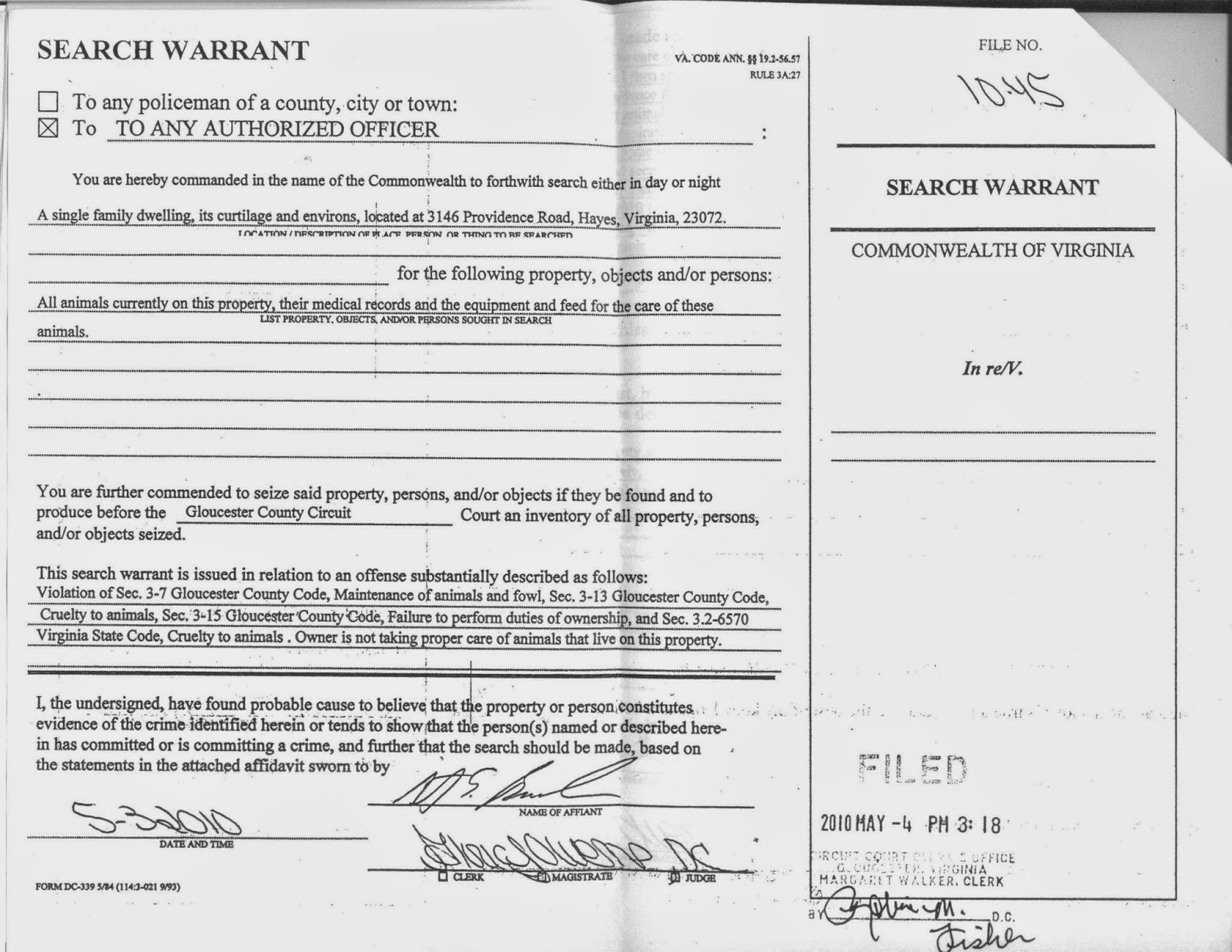 Again, you see that the search warrant here is issued by Gloria Owens, Deputy Clerk of the Gloucester Circuit Court.  Search Warrants can only be issued by Judges or Magistrates.  Also, read how broad the search warrant is written.  Search Warrants must be very specific as to whom and or what is to be searched and or seized.  A broad search warrant is illegal.  Also note, there is no court stamp for the date of issue.  Only for the date of return.  How many violations can we find here?

I only recently received permission to publish this information and we are now showing all the dirt on this case. 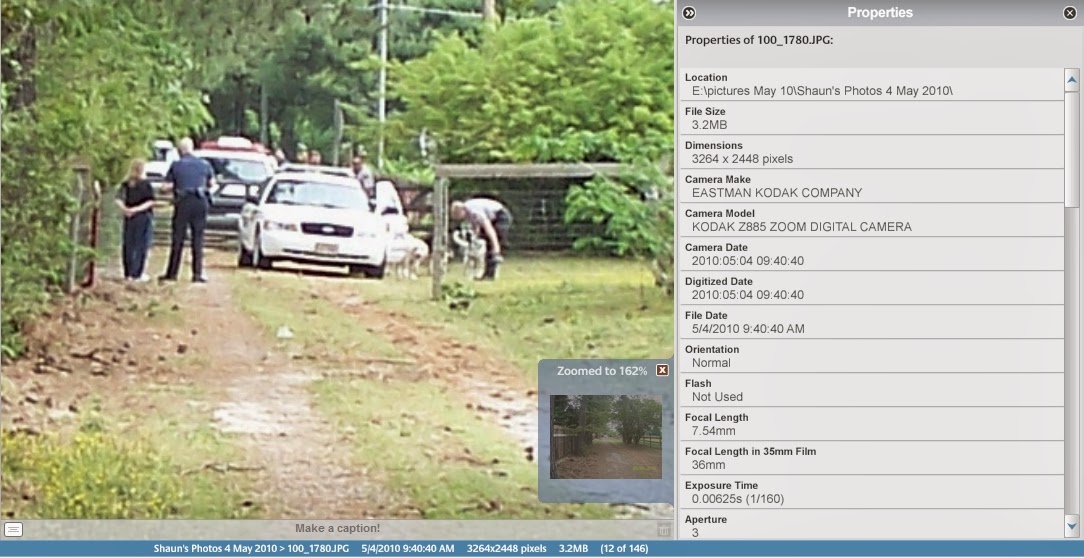 Above is one of the pictures taken by an Animal Control deputy showing Laura Crews to the far left with her hands behind her back because they arrested her.  They did not have a search warrant at that time like they claim in the court report.  The only thing the Crews family ever received was a copy of the front page.  I had to fight the county for over a month under FOIA to get the majority of the rest of it.  It took Congressman Rob Wittman's office to step in and force the county to provide that information which was not completed to my request.

The picture screen shot above also shows the meta data on the camera used and the time and date the picture was taken.  They had no real cause to take her into custody.  It was an illegal raid from every area I have looked at.  What was the motive?  Land and animal theft is what we have uncovered as some of the reasons for the raid. 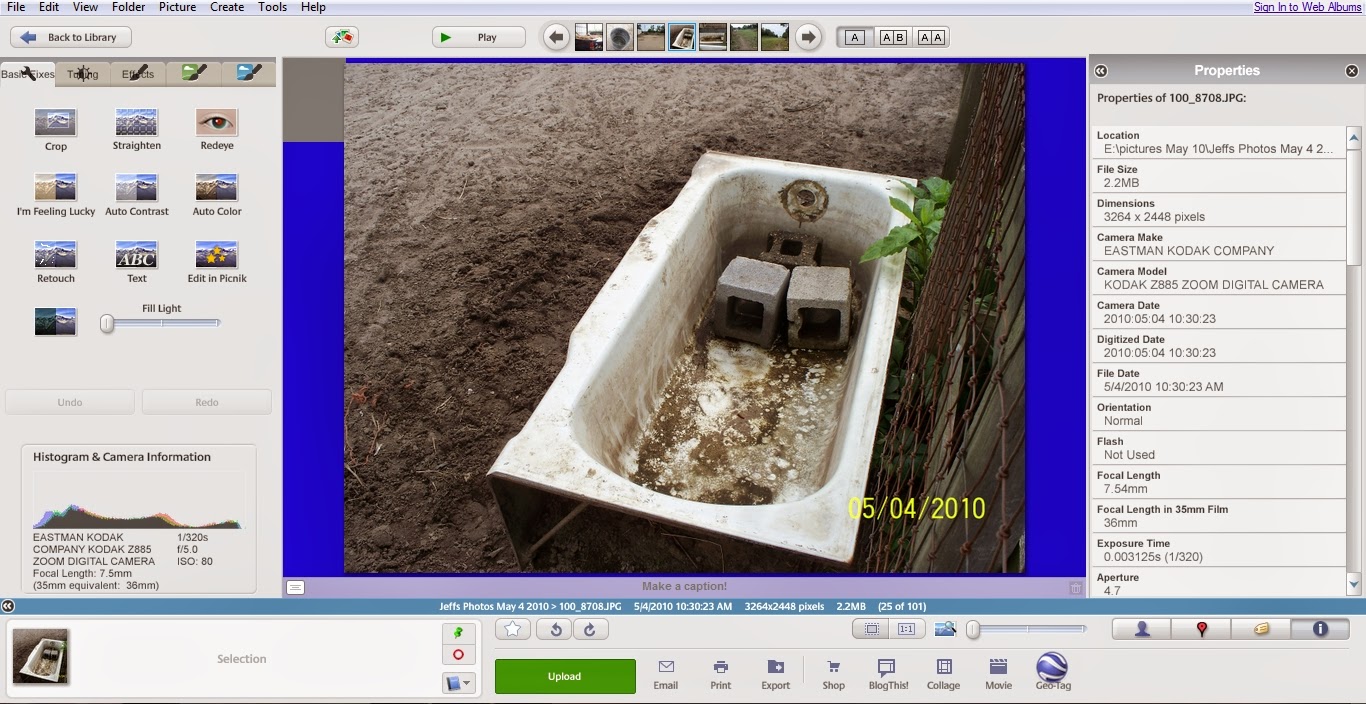 Look at the ground around this bathtub.  It is wet.  On the outer rim it is very dry.  It had not rained in over 10 days during that period and we have confirmed that based on weather history sites for this area.  That tub was filled with water and Animal Control as well as several Sheriff's deputies were conspiring to create fraudulent evidence against Laura Crews and stated in court, the animals had no water.  Well of course they had no water when Animal Control and Sheriff's deputies drain it all out from the various areas around the property.

Mike Soberick never argued these facts.  Attorney Mike Soberick never argued the illegal search warrant.  This guy has now been promoted to a Judge.  Commit fraud get a promotion?  Typical in Gloucester.  Judge Shaw who had to also see the illegal search warrant and had heard the case has gone from District Court Judge to Circuit Court Judge.  What a wonderful reward system.  Illegally convict people and get a promotion for doing such?  Really? 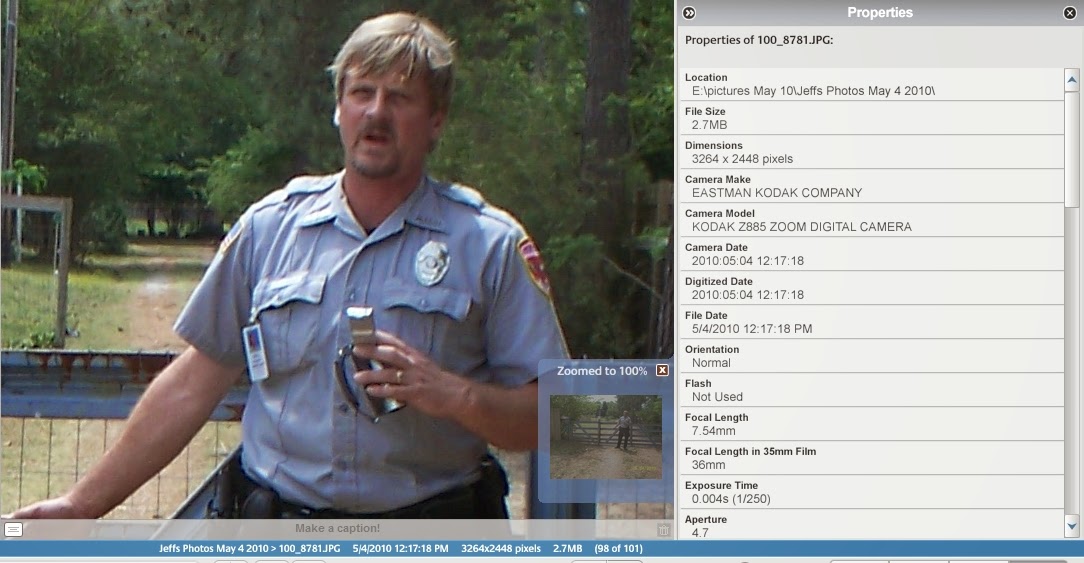 And its all thanks to this guy right here.  Steve Baranek of Gloucester, Virginia Animal Control.