America Is Waking Up….... Now is the time for "We The People" to take action. 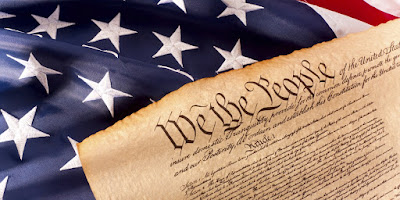 Freedom; a word that is the foundation of a republic founded by our forefathers over 230 years ago and while the United States is not the only country in the world with freedom we as Americans celebrate and cherish this privilege every day and sorrowfully a lot of people overlook the freedom that we have. Along with freedom also comes the word respect because our republic’s constitution was written on compromise and respect.
Over the years we had our battles within our country regarding tyranny, slavery, racial and civil rights and these disagreements were bloody and long, but we worked through the issues only after thousands of people died fighting for what they thought was right. Whether the tyranny of King George or the tyranny of the northern armies during the War Between the States, people died fighting for a cause, unity and respect and while minorities such as the Irish, the Asians or the Africans were not treated fairly for many years they have taken steps forward in equality.
In the past 10 – 15 years a new battle has reappeared to the front stage of our country and the world. We are fighting another war not with guns and close combat (yet) but in the political arena of county, state and federal governments. Republicans and Democrats are at odds at all levels of government spending the people’s money and making decisions that are not in the best interest of the people, the same people that these politicians are supposed to be working for and representing. People are protesting in the chambers of congress and the senate and in some cases these protests are violent and the appalling matter that disturbs me is the amount of lies being fabricated to justify the agenda of their political party. Totally sickening that we as a respected people on the world stage that our elected officials have stooped to such low levels, demonstrating how corrupt we as a nation have become and we as the people are allowing this to happen.
Today we argue about our President and while the Democrats deny his election they must recognize that he is our President. Our elected officials are charged with making decisions for the good of the people and not for the good of the vote or their political career. While due diligence must be exercised when confirming appointed positions, the people demand that the Constitution drafted and adopted by our forefathers, be followed and not used as a guideline. We the people deserve better and we the people demand that people start acting responsibly and while just saying this is not going to make it happen we the people must demand equal and fair treatment under the law and we need to make a statement to the governing body that treason, perjury and intentional defamation will not be tolerated and needs to be punished to the fullest extent of the law, setting an example that these activities will no longer be tolerated by the people.
In November mid-term election are going to take place and a swing of power could take place and while I am not suggesting or endorsing any one particular party or position, but I encourage everyone reading this to research the candidates and their platforms. America is waking up to all the corruption and scandals in Washington, Richmond and Gloucester. We the People need to stand together and forget white, black and racial differences because if they divide us as a people they have conquered us as a people, we will lose our rights, freedom and respect, not only on the world stage but with each other. It is time for America to wake up the sleeping beast that we are and strengthen our country, state and county. It is time for America to wake up, are you ready?
v/r
Your Humble Servant
Silence Dogood Lives
at 7:32 AM No comments:

The social media site took a hit to its reputation as a home to free speech as the fight for internet freedom enters new stage.

In January 2011 Biz Stone, co-founder of Twitter, together with the site's "trust and safety" arbiter Alex Macgillivray, posted a paean to freedom of expression under the portentous title: The Tweets Must Flow. They promised they would respect everyone's human right to unimpeded speech, vowing only to remove tweets that were illegal, spam or in breach of privacy.
Fine words. But this week the tweets stopped flowing for one of Twitter's users. When Guy Adams, the Independent's Los Angeles correspondent, went to issue his latest gobbet of wisdom in 140 characters on Monday he found his Twitter stream well and truly dammed.
The suspension of Adams' account, and its reinstatement on Tuesday, led to a storm of indignation culminating with an apology from Twitter. "We did mess up," admitted Macgillivray – now Twitter's general counsel – "and we will actively work to ensure this does not happen again".
The most toxic aspect of the affair was the whiff of a commercial incentive. Adams was blocked after he posted a succession of tweets heavily critical of NBC for its tape-delayed broadcasts of the Olympics. When it was revealed that Twitter and NBC had entered into a business partnership for the Games, and that Twitter had tipped off the TV network to Adams's tweets, prompting the complaint that would lead to his suspension, the Twittersphere turned blue with rage.
Twitter's quick and abject apology may have nipped in the bud the suspicion that it censored Adams for commercial gain, but doubts will remain. "The whole incident reveals how easily people can be silenced in social media for commercial reasons if we are not vigilant in preventing it," says Rebecca MacKinnon, author of Consent of the Networked who sits on the board of Global Network Initiative, a body that fights internet censorship.
CLICK HERE for the rest of the story,