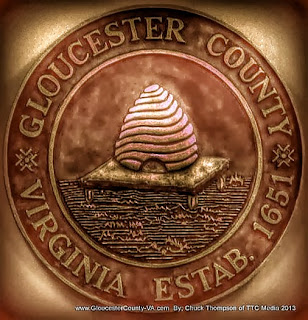 Now, here is where the news lies.  They are not a charitable organization.  They are legally considered a fraternity according to online legal status information.  They are also a Trust.  What they have to do with preservation, other than their own capital, we are not sure of.  In fact, that becomes a very good question according to the financial documents we pulled from the public domain.  Why they are involved with stating they are promoting Gloucester Main Street and business is really highly questionable in our view and the views of many people who have looked at this organization.

This organization, the way it is structured as a Trust, one has an extremely difficult time finding exactly what assets they own.  Since it's all under a trust, it is not public information.  It's listed on their 2011 tax returns that it is real estate and that the real estate is commercial and some may be residential.  Since they are a fraternity, they are a secret organization that is not required to divulge any of it's information to the public.  What we found very strange is that the organization has over 5 million dollars in real estate holdings and for 2011 depreciated over 1.7 million dollars off of the little over 5 million in said holdings.

We can not explain it, it's right there in the 2011 tax form, a copy is just below.  They have no money stated as going out to any organizations or businesses as grants.  Yet the local paper has reported grant money given out by this organization.  How is that?  The trust was formed in 2011 but the GMSPT has been in existence since 2005.  Thier financial statements show them in a steady downhill slide since it's inception.  All because of it's massive depreciation each year?

Here is a link to the page showing their information.  Based in Norfolk, Virginia, they are supposed to be serving Gloucester, Virginia?  Again, we found that very strange.  The office phone number is a Gloucester extension, but again, the main office is listed in Norfolk.  Towards the bottom of the tax records, you will see a section where money should be listed as held for grants to be made by the GMSPT, yet there are no monies held in account for any grants.  So where is the grant money coming from?

Salaries are mainly one to Jenny Crittendon, Executive Director for the GMSPT and listed as 50 thousand per year plus the costs of her employment are separated on the tax form.  Wages, some basic costs and then event expenses are the only reported liabilities of the GMSPT.

Other similar, at least supposed to be, organizations are listed as charitable corporations.  That means pretty much everything they do is open to inspection.  But not the GMSPT.  Why is a fraternity so embedded into the Gloucester County government?  We are continuing to dig through all of this mess.