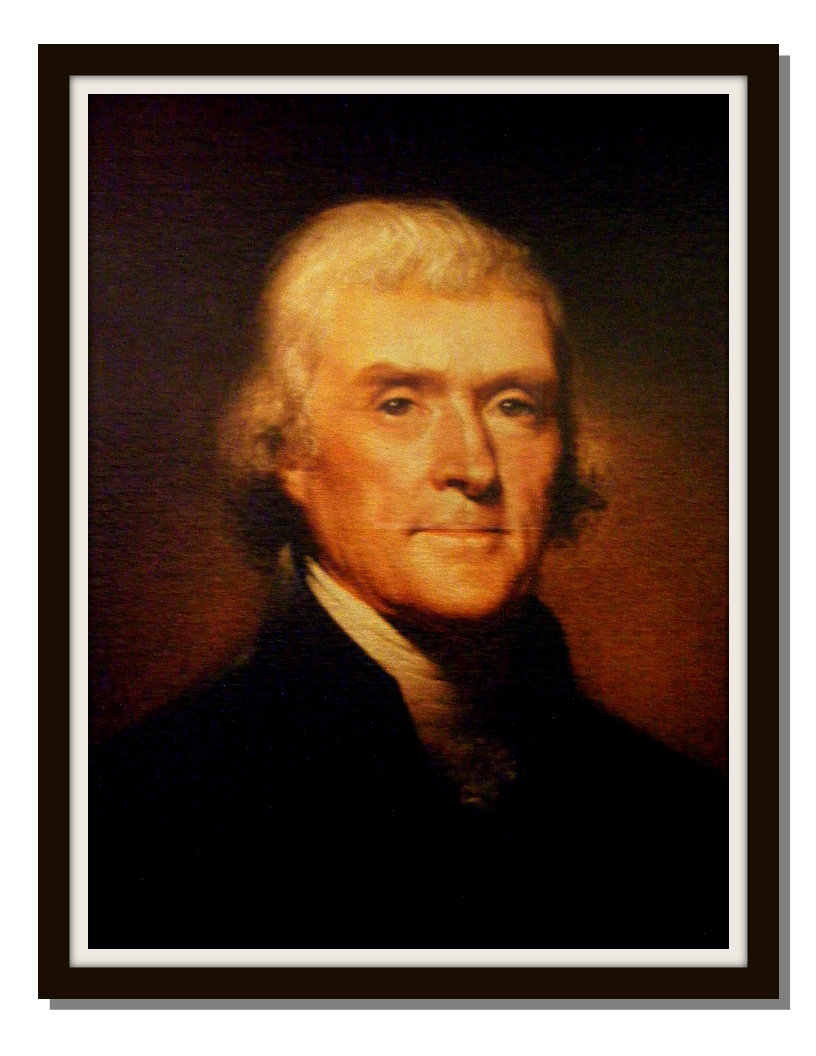 For years we have seen a debate about Thomas Jefferson's religious beliefs.  Some state he was an atheist while others state he was very religious.  Evidence we have seen would classify him more as a potential deist.  Though little evidence has ever been seen to show that Jefferson was a Freemason, we have come across in our research, a letter between Jefferson and Franklin where Jefferson was asking Franklin where certain diplomas were.  The letter reprinted below.

TO HIS EXCELLENCY DR. FRANKLIN.

Paris, December 23, 1786.
Dear Sir,—I have received your favor of October 8, but the volume of transactions mentioned to come with it, did not; but I had received one from Mr. Hopkinson. You also mention the diplomas it covered for other persons, and some order of the society relative to myself, which I supposed were omitted by accident, and will come by some other conveyance. So far as relates to myself, whatever the order was, I beg leave to express to you my sense of their favor, and wish to merit it. I have several livraisons of the "Encyclopédie" for yourself and Mr. Hopkinson, which shall be sent in the spring, when they will be less liable to injury. Some books also which I received from Baron Blome must await that conveyance. I receive some discouraging accounts of the temper of the people in our new government, yet were I to judge only from the accounts given in the public papers, I should not fear their passing over without injury. I wish you may have given your opinion of them to some of your friends here, as your experience and knowledge of men would give us more confidence in your opinion. Russia and the Porte have patched up an accommodation through the mediation of this court. The coolness between Spain and Naples will remain, and will occasion the former to cease intermeddling with the affairs of the latter. The Dutch affairs are still to be settled. The new King of Prussia is more earnest in supporting the cause of the slaveholder than his uncle was, and in general an affectation begins to show itself of differing from his uncle. There is some fear of his throwing himself into the Austrian scale in the European division of power. Our treaty with Morocco is favorably concluded through the influence of Spain. That with Algiers affords no expectation. We have been rendered anxious here about your health, by hearing you have had a severe attack of your gout. Remarkable deaths are the Duchess of Chabot, of the House of Rochefoucault, Beaujon, and Peyronet, the architect who built the bridge of Neuilly, and was to have begun one the next spring from the Place Louis XV. to the Palais Bourbon. A dislocated wrist not yet re-established, obliges me to conclude here with assurances of the perfect esteem and respect with which I have the honor to be, your Excellency's most obedient, and most humble servant.

P. S. Will you permit my respects to your grandson, Mr. Franklin, to find their place here?

The above letter is where we see a potential clue to Thomas Jefferson possibly being a member of the secret society of Freemasonry or about to be introduced to it.   Benjamin Franklin is noted as both a Grand Master in both the US as well as in France.  The above letter was sent to Mr Franklin while Mr Jefferson was in France.  We have shown numerous times on this site what the school or religious thought of the Freemasons are.  On the lower levels, Freemasonry tolerates any and all religious beliefs.  Could this have been the start of Jefferson's questioning his own beliefs and replacing them with others?

For further reading is a sound article found on the Los Angeles Times news site.