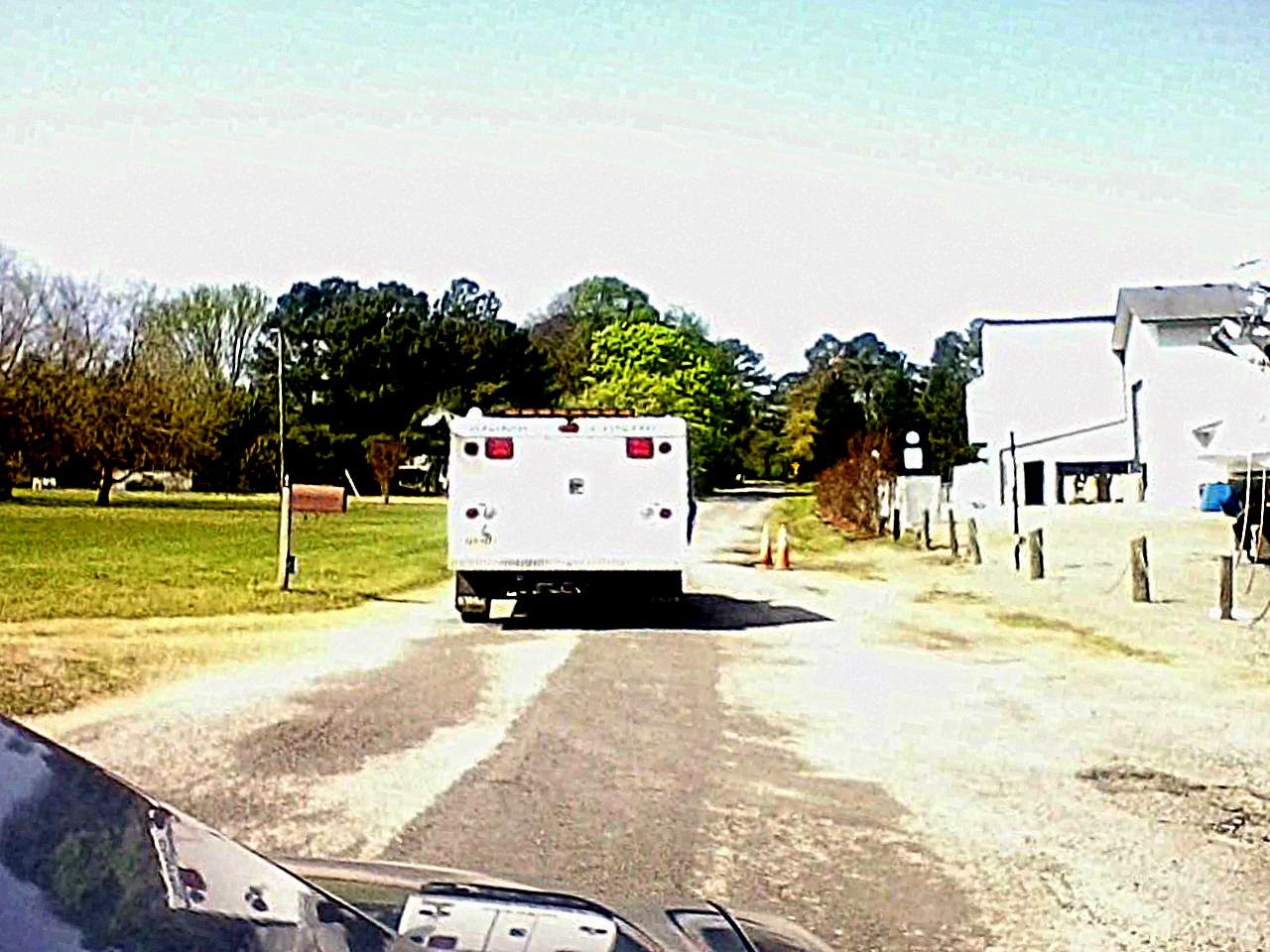 The above picture was sent to us from a concerned citizen who took the picture after watching Animal Control driving around what used to be called Yacht Haven and is still the Yacht Haven area.  Were they looking for unlicensed fish there?  Did someone file a complaint about unlicensed fish seen swimming in the York River?  By what right does Animal Control have in patrolling areas outside of county owned land and even then, by what right do they have to even do that without a complaint being filed?

Just more waste from the county of your hard earned tax dollars.  If these folks are that bored, then they are not needed and the county can save a lot of money by getting rid of this excess bloat.  It was reported as vehicle number 73.  Date was April 21st, 2015 at 10:40 AM.  This isn't even patrolling, this is just down and outright trolling.

The picture was taken with a cell phone and we edited it by fixing some of the colors and straightening out the picture.  Who knows?  Maybe they had to pick up a very special delivery.