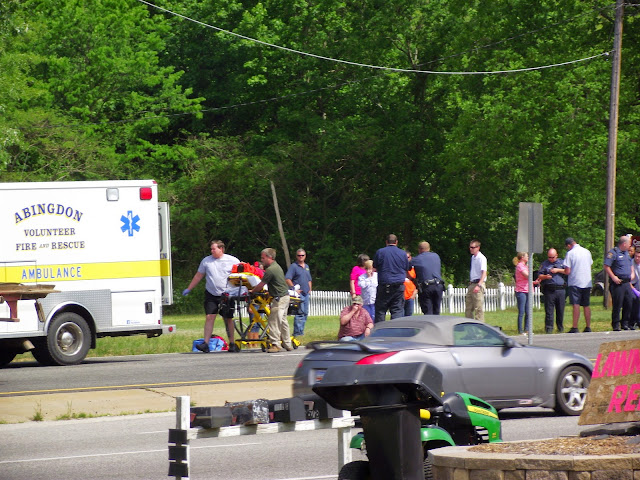 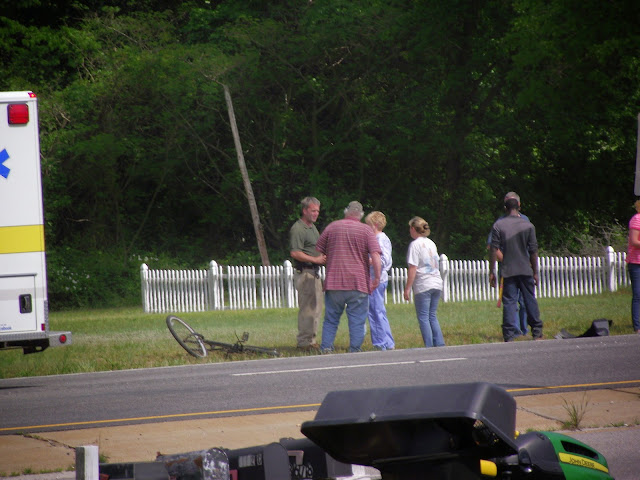 An accident on route 17 North Bound occurred on Friday afternoon, May 15th, 2015.  A man was riding his bicycle along the shoulder of the highway.  From what we have been able to learn he was trying to avoid debris along the shoulder when he accidently pulled out in front of traffic getting hit.  Luckily as we understand it, the man hit on the bicycle did not sustain any life threatening injuries.  The accident happened just across the street from the Tidewater Motel.

Sheriff's deputies responded along with local paramedics and one State Police officer.  The man's bike was going to be left standing against a telephone pole along the highway but good neighbors have moved it across the street and put it into storage inside a commercial building located at 3682 B George Washington Memorial hwy.  Next door to the Tidewater Motel.  The bicycle is still in very good shape except the seat was destroyed by the accident.  The owner of the bicycle can pick up the bicycle anytime by visiting the location listed above.

The driver of the vehicle that hit the bicycle is not identified as it was one of those very unfortunate accidents that from what we have learned, was not the drivers fault.  The vehicle did sustain some damage to the front end.

It proved to be a bad day for two people.