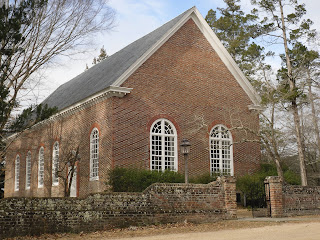 Gloucester, Virginia is one of the oldest areas in the nation when it comes to early English settlements.  Its as old as Jamestown, Virginia as it was once a part of Jamestown back on 1607.  Later it was a part of Yorktown, but records show Yorktown being even younger than Gloucester which is just the way things get recorded.  For that matter, everything from North Carolina to Massachusetts was all a part of Virginia.  For the record, the American Indians or what is commonly know as native Americans which turns out are Chinese immigrants, were here before English settlers and so was Spain.  But its the English who were successful at settling the area.  (Politically correct history reporting is a pain in the ...).

The main focus here is maintaining history.  Above is from the College of William and Mary that recorded the headings of old Gloucester tombstones.  Many which can no longer be read.  Some blame acid rain for not being able to read these headings, I blame nature.  Water is the worlds finest solvent.  It has nothing to do with so called acid rain.  (I refuse to argue politically correct areas when there is no real science behind it.)  There are many folks who like to wander through old grave yards and read the Tombstone headings and there are also family who can no longer read what the tombstones once said, so for these reasons, we have decided to reprint the information.

Anyone is free to print out the above pages for historical research and or family posterity.  You may also download free copies of the above from our Slideshare site.  You have to be a member of Slideshare and if you are not already, then you can join for free. 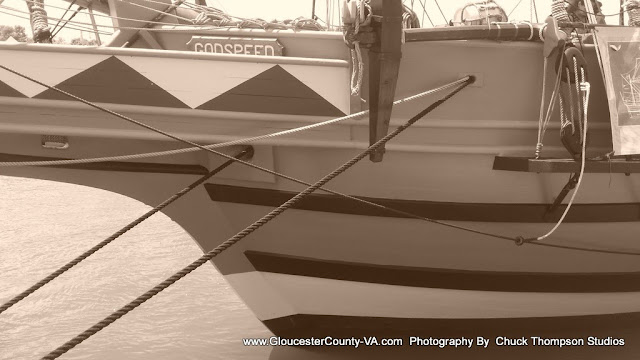 Above:  The Godspeed.  One of the 3 ships that came from England to Virginia in 1607.  Jamestown Yorktown Foundation re creation.