Being led by good intentions - (The Errors of Church And State) 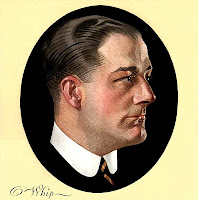 As we approach Independence Day I want to look at our history.  During the 1700s the Christian Clergy in these colonies were the leaders of independence movement.  They preached the Bible.  For those weak on history look it up but you do not have to go any further than our Declaration of Independence and US and Virginia Constitutions to see how our Christian Clergy influenced our founding fathers.

This is to the Clergy and other leaders in our local churches your good intentions are leading us where all good intentions lead us.  You have become comfortable with your belongings and have forgotten why you are here.  Do they still teach about Sodom and Gomorrah?  It is clear in the Bible when you fail to lead/shepherd the people it will be the end of times.  Is that what you are planning to be failures as shepherds to hasten the return GOD through his son, Jesus back to earth?  Prove me wrong!

Our moral compass is broken and it requires your leadership, not your doing what is easy and politically correct to get us back where we belong.  You need to worship your loving Father, not a man and not money, and the comfortable life you have.  To be a shepherd/fisher of men is not for the faint at heart.  If you are comfortable with the way it is remember you will have to stand before the Father and explain your inactions?  Paul died for his beliefs are you willing to be uncomfortable for yours.

People of Gloucester, tell the leaders of your church they need to be our moral compass to return us to being right with GOD to restore the greatness of our commonwealth and nation.  Copy this into an email and send it to them.

We are going to help Alexander here as we happen to have an e-book on the history of Christianity in the US.  So we are going to embed that in with his comments as they are spot on.

A History of American Christianity from Chuck Thompson

"The Constitution was created for a Christian people and will serve no other".  John Adams.  The separation of Church and State was so that one could not gain control of the other as was often the case throughout Europe.  It was not designed to be a freedom from religion.  In fact, it was considered an essential part of everyday life to be Christian in nature and heart.

The Constitution ensured that no single denomination of any church gained control over the state.  It also ensures that the State can not favor one denomination of any given christian sect.  Thomas Jefferson has been misquoted so often that people actually believe the falsehoods surrounding his writings and the false claims that he was an atheist.  It is the place of the church to discuss politics.  It is the place of the state to discuss religion.  It is not the place of either church or state to prevent the others freedom of speech.

Again we are embedding the Bill of Rights so that each and every person may reference what it actually says, not what someone wants to tell you it says.

Section 1.)  Congress shall make no law respecting an establishment of religion, or prohibiting the free exercise thereof; or abridging the freedom of speech, or the press, or the right of the people peaceably to assemble, and to petition the Government for a redress of grievances.

As we well know today, laws have been enacted in direct violation to the above at so many levels.  The laws are invalid according to the Constitution itself.  No government agency has a right to even try and enforce laws that are in violation to the First Amendment.  Your rights are disappearing fast, will you continue to sit by and do nothing?  Worry about what form of entertainment to please yourself with instead?