Ladies and Gentlemen, our National Anthem as played by the Colonial Williamsburg Fife and Drum Senior Corp.  Happy 4th of July.

Our 3rd and final part of an American Patriot.  Shot in Colonial Williamsburg.  Part of out 4th of July Celebration.

Now here is a really old movie by the Thomas Edison movie studios.   It's a short film that is less than 13 minutes long.  One could easily call this a very historical movie creation.  The movie dates to 1910.  A short night at the movies for everyone here in Gloucester.  Frankenstein.  Enjoy.

We are now offering a free links directory service.  At the moment this section is under construction but we will soon be posting a host of links on to that page.   As it grows, you are welcome to scroll through that section and check out the sites linked in.

Advertisement:  Free e-book.   Alice Adventures In Wonderland.  Free download.  No sign ups, no gimmicks, no kidding.  Read the articles, follow the links get stuff, save money.  Only on Gloucester Links and News.  CLICK HERE

Link to the Gloucester Board of Supervisor's Meeting held on June 5th, 2012.  This is a video that is about 4 hours long.


For all the latest news, please click on the Home button towards the top of this site.


Have a news story? Submit it above.
Some of Gloucester's most incredible history is found on this site in detail.
Gloucester, VA Links and News – A GVLN Website.
We cover what no one else will.

Present acting Sheriff, Darrell Warren beats Jim Ledbetter by a huge margin yesterday.  Warren received 82.5% of the vote to Jim Ledbetter's 17.5% of the vote.  This was only the republican primary and not the official election for Sheriff.  We still have the real vote to come in November.  Why Ledbetter wanted to run for Sheriff after resigning last December is a bit odd anyway.

Advertisement:  Free e-Book, Giant book of Computer Viruses, 663 pages of information on the creation and transmission of computer viruses and how to protect against them.  Click Here  for your free copy.  No sign ups, no gimmicks, no kidding.  Read the articles, follow the links, get stuff, save money.

The above video has been produced mainly for the audio recording that was used in a court of law right here in Gloucester County, Virginia. This recording was both submitted and accepted as evidence. The 911 operator, one  Holly M Cohoon, even testified to it. Well if you have played this once already, did you actually hear what was being said? There are way too many issues with it to be authentic. It is our professional opinion that this is a forged recording. You may want to play this a few more times and  listen carefully to the recording.

Before we go too far, I must state that I have also altered this call in a slight way. I removed a very tiny section where the caller states her address. This was done to protect this party. Other than that, the call is exactly what was played in a local court. So let's look at some of the issues.

We had a 911 operator from another area analyze this call and we were told that there was no way it could possibly be authentic in their professional opinion, which matched our opinion.

Now this has everything to do with what we have been reporting about. This does tie into the reports of Gloucester County Officials ignoring our requests for information and also our report on the search warrant. This call took place on May 4th, 2010. Numerous off-duty sheriff's deputies were all over the property. What alarmed the caller to the 911 operator was The fact that an unknown male called to the defendant's telephone screaming for the defendant/occupant of this home to get out of the house immediately. The reason was never stated. (Yes, we will show that a reason was never stated in a later article). What further alarmed the defendant/occupant was that when she looked out the window, she saw an unidentified intruder beating a dog in the front yard with a metal pipe.

The occupant of the home hung up on the unidentified caller and called 911. There was no reason whatsoever for anyone to be calling the occupant and ordering her to get out of the house.

Now this next part is only what we have been told from a person inside the Gloucester County Sheriff's Office and we have no way to prove it. In fairness, we can only report what we were told. This was a "Fun Raid," ordered by sheriff Steve Gentry. This "Fun Raid" had dual purposes. One, the occupant of this home had made a complaint about members of the Gloucester Sheriff's Office via a letter to Steve Gentry. Two, the home was within a certain demographic in that the owners/occupants were known gun owners and in an upper economic bracket.

What we were told is the "Fun Raid" was for the purpose of grabbing the guns and whatever cash and/or other valuables could be easily taken. What went wrong? First, no one expected anyone to be home in the house.  Second, because the owners/occupants own animals, Animal Control was called in to take over and legitimize the so-called "search."

Okay, in all reality, that seems pretty far fetched even for me to fully grasp. We were told by the person inside the Gloucester County Sheriff's Office that this is fairly common and the way they normally get away with it is by creating a shoot-out with whomever the target is and killing them. This particular victim lived --through a series of good luck and cooperating at the right times. Again, I have no way to verify these statements made but it does make sense as to why the search warrant is so sloppy and full of errors. It was produced during this event to cover tracks is what we believe. It would also start to explain why the 911 call, in our professional opinion, is forged.

Now if you really consider this that hard to believe, we are nowhere near the end of the story. It continues to get a lot worse and there is so much more.


Here is a video of one of the bands that played at the Daffodil Festival today. They did a good job and were very entertaining.
at 12:26 AM No comments: 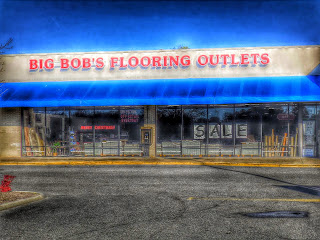 Big Bob's Flooring Outlets located next door to Food Lion in Hayes. This may be a franchise store. We looked for a web site and found the franchise opportunity site. Interesting site with a lot of flash animation. Click Here if you want to see it.
at 10:27 PM No comments:

Cut Your Electric Bill by 80 Percent Or Even Eliminate It.

How would you like to cut your electric bill by 80% or even eliminate it? How about even get the electric company to pay you every month? What if we told you that you can start on your way to doing this for less than $200.00? What if we also told you that you would also have electric when the power goes out on everyone else around you and you do not have to use a generator like some of the other people in the neighborhood to try and get by?


This is not some futuristic fantasy. You can do this now. Check out this link to learn more information. Earth 4 Energy. Oh and did we mention that this a green opportunity?
at 3:32 AM No comments:

Email ThisBlogThis!Share to TwitterShare to FacebookShare to Pinterest
Labels: Cut Your Electric Bill By 80 Percent Or Even Eliminate It, Gloucester County VA

If you are in need of firewood, I have a few contacts here for you to consider. Doug Bristow here in Gloucester can take care of your needs. Phone number to place an order is 757-593-2377, and his brother Jeff Bristow, phone 757-870-6360 for the rest of the Peninsula are the ones to call. Prices are as follows, $150.00 per cord, $85.00 per half cord or $50.00 per half cord if you haul it yourself. (Additional delivery charges may apply depending on where you live, call for a quote). The wood is seasoned and mixed. No pine. We have called them and had a load delivered to us. Doug was the one who came to our house and delivered the wood. Very prompt and polite. He called us before coming over and delivered the wood within the exact time frame we had requested earlier in the week.


The wood was dumped where we requested it and we stacked it ourselves. Each piece is cut to fit in any fireplace without any problems. To say the least, we are very pleased with the overall service and will be ordering again. When we found these brothers, we had also contacted some other people who were advertising they sold wood and would deliver it to you, some were cheaper, but none of them ever responded back. This is another reason these guys have won our business. Makes a difference.
at 11:16 PM 2 comments: