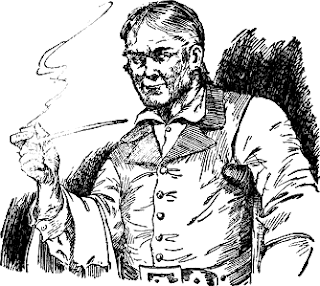 Three hundred years before a multiracial coalition stormed Washington's National Mall to demand equal rights and economic justice, the working men of Gloucester County, Va., made a stand of their own based on class, not race. We often ask whether Martin Luther King Jr. would recognize the world in 2013, but it is equally valid to ask whether he would have recognized the world of 1663, when black and white children of slaves and servants did play together in the tobacco fields.

One of the forgotten landmarks of civil rights history occurred 350 years ago Sunday: Sept. 1, 1663. This day marks the first recorded instance of African slaves and European indentured servants standing together for justice against the ruling elite.

The Gloucester County Conspiracy took place at a time when Virginia tobacco growers relied on both slaves and indentured servants to farm tobacco. Management treated their workers with cruel abandon, regardless of color.

Unwilling to accept their fate, a group of black and white workers met in secret to plan a revolt. After securing weapons and a drum, they would "march from house to house" until they reached the mansion of Royal Governor Sir William Berkeley. They would demand their freedom, and resort to force if necessary.

Though the plot failed, the landowners recognized the power that the Gloucester rebels possessed when banded together. Over the next several decades, they sought to breed racial contempt between the white and black members of the underclass. On the plantation level, they gave whites nominal control in the field. On the colony level, they allowed whites to join the militia and carry firearms. As historian Edmund Morgan writes, the landowners used racism as a device for control.

On this 350th anniversary, the Gloucester rebellion can teach us as much about our character as the March on Washington.

The rebels in Gloucester recognized what King memorialized in his famous remarks: we are, by our nature, capable of great things when we judge one another solely on the content of our character, not by the color of our skin.

The original state of race relations in America is one of shared struggle, not mutually assured destruction. It is ultimately the introduction of an outside variable -- money, power, or the desire for control -- that tends to alter that natural state.

It turns out that 2013 is a perfect year for this lesson. The fight for voting rights is making its own 50th anniversary curtain call, in the form of the Supreme Court's decision in Shelby County v. Holder and countless voter suppression laws that affect African-Americans but also Americans of all colors, ages and incomes. The failed War on Drugs continues to destroy families in black inner city America, and, increasingly, white rural America.

Finally, 45 years after King was killed in the midst of his Poor People's Campaign, low-wage workers of all hues are organizing across geographic and demographic lines to demand a higher minimum wage.

Politics is a lot like physics. For every action, there is an equal and opposite reaction, and objects in motion eventually return to their original state. As we tackle these challenges, let us consider that the original state of race relations in America may be one of unity -- and that the possibility of moving beyond our nation's legacy of racism is obtainable.

In his 1869 speech "Our Composite Nationality," Frederick Douglass wrote about the unique phenomenon and mission of America. On this anniversary, let us remember his words:

"Our geographical position, our relation to the outside world, our fundamental principles of Government ... our vast resources, requiring all manner of labor to develop them, and our already existing composite population, all conspire to one grand end, and that is to make us the most perfect national illustration of the unity and dignity of the human family, that the world has ever seen."

Not exactly sure what this guy is talking about, but we are researching the information.  Here is some interesting notes to look at in the mean time.

The practice of indentured servitude in England grew out of older feudal systems and apprenticeship practices that had their roots in the Middle Ages. The Virginia Company of London contracted with the first Virginia settlers for their labor, and, when the Company started trading land for service and tobacco became the first profitable cash crop, Virginia's style of indentured servitude coalesced. By the 1620s, a standard system had been put into place whereby servants negotiated the terms of their indentures with a merchant, ship's captain, or other agent before sailing to Virginia. Their indentures were then sold to planters when the servants arrived in the colony.

The beginning of lifelong servitude or slavery in Virginia is very hard to trace. There is evidence that Africans may have already been in the colony before the first documented appearance of them in John Rolfe's 1619 letter, which mentions, "20. and odd Negroes" arriving in Jamestown. Whether or not a person of African descent was held in slavery was a matter of circumstances unclear to modern historians. The person's status as a Christian or a non-Christian, and whether or not the person had previously been enslaved definitely affected how he or she was treated in the colony. The most important thing to note is that some African Virginians were not held as slaves at the beginning of the colony's history. Although many of the laws restricting African Virginians were passed in the 1660s, slavery did not become codified in Virginia law until 1705.

Phillip Gowen was the son of Mihill Gowen, a free African Virginian, who had once worked for Amye Beazlye, the woman who had freed Phillip in her will. This petition to Governor William Berkeley and the Council of State was probably written for Gowen by a person familiar with the petitioning process; the document makes use of standard structure and language of petitions from that era. Gowen sought relief from his new master, whom he declared was attempting to prolong his servitude. After reviewing the petition, the governor and council ordered that Gowen be freed. This document gives an example of the precarious situation of African Americans in the early colony before slavery was completely institutionalized.

We will keep digging.