WALLOPS ISLAND, VA,  The unmanned rocket originally scheduled to launch last night was scrapped due to a vessel in the waters near the island that would not move.  The mission rescheduled for tonight at 6:22 PM resulted in a complete disaster.

The Antares rocket was carrying a Cygnus cargo capsule, loaded with 5,000 pounds of gear for the six people living on the International Space Station. It was initially scheduled to launch Monday, and Orbital Sciences Corp. got within the 10-minute mark for liftoff, but a sailboat ended up in the restricted danger zone, and controllers halted the evening countdown.

Wavy TV 10 has great coverage on this issue. 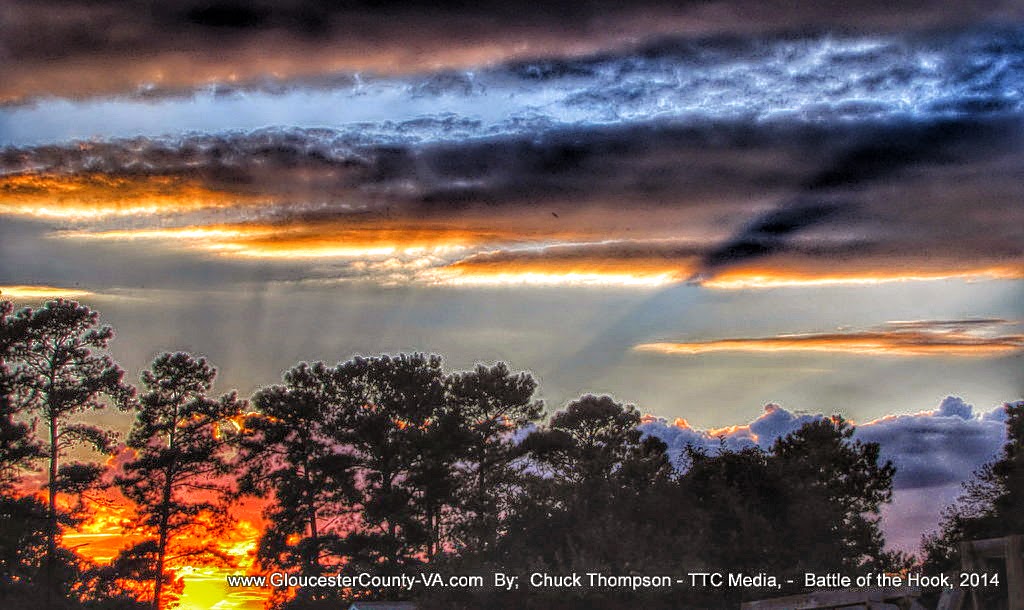 RICHMOND – Governor Bob McDonnell tonight congratulated the Department of Defense and Orbital Sciences Corporation on launch of the ORS-3 Mission from Virginia’s spaceport, the Mid-Atlantic Regional Spaceport (MARS), at Wallops Island, Virginia. The launch took place at 8:15 p.m. on November 19, 2013, from MARS Pad 0B.

Speaking about the launch, Governor McDonnell said, “Virginia is honored to have played a role in another successful launch. I commend the Department of Defense and the Orbital Sciences Corporation for their efforts. The Commonwealth stands ready to continue its support of future missions.”

The Virginia Secretary of Transportation, Sean Connaughton, said, “Virginia continues to strongly support the aerospace industry and is proud to have played a key role in launching this important mission for the Nation.”

Dale Nash is the Executive Director of the Virginia Commercial Space Flight Authority, or ‘Virginia Space,’ which owns and operates MARS.  After launch, from the Range Control Center on Wallops, Dale commented, “Virginia Space is proud to be part of the ORS-3 team.  This was the 6th Minotaur launched from MARS, and the 2nd Minotaur that we’ve launched in just over two months.  I am pleased with the exceptional performance of the MARS personnel and facilities.”

29 total satellites were launched in the mission (the most ever aboard a single U.S. rocket).  The primary payload for the ORS-3 Mission is the U.S. Air Force STPSat-3 satellite.  In addition, the rocket deployed 28 cubesats.  Among them is TJ3Sat, the first satellite built by high school students.

Additionally, at their other pad, Virginia Space has a manifest to launch eight cargo resupply missions to the International Space Station (ISS) onboard the new Antares launch vehicle built by Orbital Sciences Corporation, a Virginia corporation.  Antares launches from the new MARS Pad 0A, which has already launched two Antares missions earlier this year.  The next Antares to launch from Virginia’s spaceport to the space station is scheduled for December 2013.

Virginia plays a key role in National Security, as one of only four states in the United States that is licensed by the FAA Office of Commercial Space Transportation to launch to orbit.  Virginia will continue to strongly support the aerospace industry throughout the Commonwealth.

RICHMOND - Governor Bob McDonnell today congratulated Orbital Sciences Corporation for the launch of their Antares rocket and Cygnus spacecraft on its maiden voyage to the International Space Station. The launch occurred at the new Virginia Space launch facility at the Mid-Atlantic Regional Spaceport (MARS) on Wallops Island, Virginia.

The launch took place on September 18, 2013, from MARS Pad 0A, which was designed and built to accommodate medium-class liquid-fuel space launch vehicles.  The goal of the ORB-D1 COTS Demo mission is to demonstrate the operational Antares launch system to deliver the Cygnus space vehicle to the International Space Station with cargo.

Speaking about the launch, Governor McDonnell remarked, “In just over a week, Virginia has witnessed two historic launches from the Mid-Altantic Regional Spaceport.  The first was the LADEE mission to the moon.  Today, Orbital Sciences Corporation launched their Antares rocket and Cygnus spacecraft to the International Space Station.  These historic launches are sure to put Virginia on the map as a leader in space exploration.  We are well on our way to making Wallops Island the top commercial spaceport in the country.  I congratulate everyone who helped to make today’s launch successful.”

Virginia Secretary of Transportation, Sean Connaughton, said, “This has been a long time coming, with the full support of Governor McDonnell and multiple Virginia Governors before him.  Space is a key part of the transportation infrastructure.  Virginia Transportation is not just roads, rails and ports – we are space too.”

Dale Nash, Executive Director of VCSFA, commented from the Wallops Range Control Center, “The ORB-D1 COTS Demo Mission confirms full operational capability of the Mid-Atlantic Regional Spaceport's (MARS) Pad-0A.  This is the second Antares launch with eight more currently on the manifest, and it follows the successful NASA LADEE mission launched on an Orbital Minotaur V rocket off MARS Pad-0B by less than two-weeks.  In addition to LADEE and the COTS Demo, two more missions are scheduled to be launched out of MARS before the end of the year.  It has become a very good partnership between NASA, MARS and Orbital and one that benefits the Nation and Virginia.”

Orbital, a northern Virginia corporation, is next scheduled to conduct a Demonstration Mission of cargo delivery to the International Space Station (ISS).  The Demonstration Mission is the final operational milestone under the NASA Commercial Orbital Transportation System (COTS) agreement.  Following the successful completion of the COTS research and development program, Orbital is slated to deliver up to 20,000 kgs (44,000 lbs) of supplies to the ISS under the Commercial Resupply Services (CRS) contract with NASA.  The Demonstration Mission and CRS flights will continue to launch from MARS Pad 0A, located on NASA’s Wallops Flight Facility in eastern Virginia, which is ideally suited for ISS missions, and can also accommodate launches to other orbits of interest.

Virginia plays a key role in national security and assured access to space as one of only four states in the United States that is licensed by the FAA to launch spacecraft into orbit.  Virginia stands ready to continue supporting Orbital in launching Antares on cargo resupply missions to the ISS as well as any other future missions.

Speaking today about the announcement, Governor McDonnell said, “The Commonwealth’s partnership with Alaska will further this new era of commercial aerospace activity throughout the Commonwealth.  As the U.S. space program increases its reliance on the commercial sector, these types of partnerships will not only help keep America competitive in the space industry, but will help create much-needed jobs and economic development.  The successful launch of Orbital Science’s new Antares launch vehicle from the Mid-Atlantic Regional Spaceport (MARS) this past April 21st , as well as two upcoming September launches to the Moon and the International Space Station, position Virginia for continued growth in this vibrant space market.”

The MOU defines the intent of the Commonwealth of Virginia and the State of Alaska to initiate a collaborative and cooperative partnership for spaceport operations.  Future launch customers will realize business advantages as the partnership will promote efficiency between MARS and the Kodiak Launch Complex (KLC) designed to create commonality between the two spaceports that decreases costs and improves performance.

“Alaska has been at the forefront of space launch for nearly 20 years,” Governor Parnell said.  “With this agreement, we will be creating opportunities for the commercial space industry to secure cost-effective and reliable launch operations from both the east and west coasts.  Both Alaska and Virginia will benefit with greater investment and job opportunities as leaders in the burgeoning commercial space industry.”

AAC was established by the State of Alaska to develop a high technology aerospace industry in the state.  Its core business area is space launch, and it developed, owns, and operates KLC, a state-of-the-industry spaceport on Kodiak Island, Alaska.