Are Hospitals Less Safe Than We Think?


Bad doctors. Prescription errors. Surgical slips. Medical mistakes injure or kill hundreds of thousands of Americans every year. Why patients are kept in the dark.

When I was a medical student, modern medicine began to seem as dangerous and dishonest as it was miraculous and precise. The defining moment came when I saw a sweet old lady I cared about die after a procedure she didn’t need and didn’t want.

I had been assigned to follow Ms. Banks, whose scans revealed advanced ovarian cancer. Despite the poor prognosis, the conventional treatment is major surgery to remove the uterus, cervix, fallopian tubes, and ovaries. But I got to know Ms. Banks, and she told me that she just wanted to spend time with her family and do a few more things before she died. I explained to her that she could be passing up a potential, albeit unlikely, cure; then at the morning staff meeting I tried to communicate her wishes to forgo both a biopsy and treatment. I was shredded up, down, and sideways.

The drive for the doctors to do a biopsy was like a train no one could stop. Eventually, by overstating the benefits and understating the risks, the doctors convinced Ms. Banks to undergo the biopsy to confirm her diagnosis. Then, during the procedure, the biopsy needle accidentally punctured a major blood vessel, which resulted in an added six-week stay in the hospital, marked by blood transfusions, multiple CAT scans, and malnutrition, since most of the time she was not able to eat. Those six hellish weeks turned out to be six of her last nine on earth. Despite the apparent problems with her care, information about her preventable complication and prolonged hospitalization were never presented in our staff meeting or reviewed internally in the same way that other industries learn from their bad outcomes. I realized that hospitals did not have to disclose their outcomes to anyone, even when they were much worse than the national average. In fact, when I explained to the head attending surgeon what happened and recounted Ms. Banks’s objections to the biopsy, I was told that sometimes patients don’t know what they want and we need to decide for them. 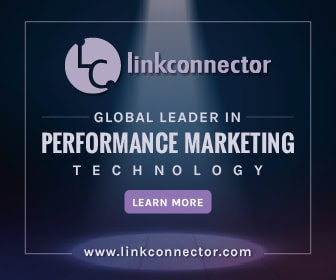 A host of new studies examining the current state of health care indicates that approximately one in every five medications, tests, and procedures is likely unnecessary. What other industry misses the mark that often? Others put that number even higher. Harvey Fineberg, M.D., president of the Institute of Medicine and former dean of the Harvard School of Public Health, has said that between 30 percent and 40 percent of our entire health-care expenditure is paying for fraud and unnecessary treatment. While patients are encouraged to think that the health-care system is competent and wise, it’s actually more like the Wild West. The shocking truth is that some prestigious hospitals participating in a national collaborative to measure surgical complications have four to five times more complications as other hospitals. And even within good hospitals, there are pockets of poorly performing services.
CLICK HERE for the rest of the story.

This is nothing new.  Entire books have been written on this subject now for the past two decades that we are aware of.  Several books even place modern medicine as being the number one killer in the US.  On the other side of that coin, I would not be alive today if not for modern surgical techniques.  It's a double edge sword.