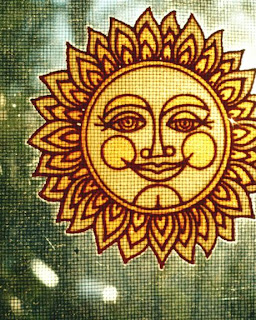 All that time, money and energy wasted on illumination to achieve a higher self and for what?  Welcome to the underworld of the secret societies.  In this article, we are going to explore very deeply into this underworld as it is important to understand what drives and motivates the members of such and why it's a threat in the real world and is a driving force in Gloucester County Government.

We are going to take excerpts out of the book, "A Dictionary Of Freemasonry", written by Robert Macoy.

"SECRET SOCIETIES:  All great associations of antiquity, the objects of which were to civilize and improve the condition of mankind, were secret societies.  They were called "Mysteries."  The mysteries of India, Egypt, Greece, etc, were secret orders - great educational institutions, established for the advancement of men in wisdom and virtue.  The wide extension of the secret principle at the present time, and the immense number of secret philanthropic societies which all lands, prove that there must be some wants, universally felt, to which political institutions do not respond; some elements of human nature not represented therein, which are the cause and groundwork of these secret orders.

When society and governments are oppressive or imperfect - and all are imperfect, when they do not provide for all the moral, intellectual, and physical needs of men, - the earnest, the loving, the hoping, who dissatisfied with the present, invoke the future; and the weak, who are crushed to the earth by oppressive laws which govern all industrial arrangements, become disgusted with these conditions, and fly to the embrace of some secret order, where a higher ideal is revealed, and the prophecy of a better state is announced.  We conclude then, that secret societies have their origin in the deepest and most pressing wants of humanity.  They grow out of a social arrangement which is unjust and unequal, and point forward to a time when justice and love shall posses and govern the earth."

Now keep in mind that this book was written by a 33 degree Mason and Deputy Grand Master of the state of New York and Nova Scotia.  There is a high degree of bias and plenty fudging of history throughout the book.

So what does all of this have to do with any Masonic secret government in Gloucester?  Wait, we are getting to that.

"TRIAD:  Three in one.  An important symbol in Freemasonry.  The number three was thought holy in the earliest antiquity.  Numbers, xix, 12, furnishes an instance.  This must have it's reason in the nature of the number.  It represents to us unity and opposition, and the connecting unity - synthesis.  It is the first uneven number in which the first even one is found:  herein lie it's peculiar signification and perfection.  Even in antiquity it could not escape attention, that this number is to be found wherever variety is developed.  Hence we have beginning, middle, end, represented in the heavenly rise, point of culmination and setting; morning, noon and evening, and evening, midnight, morning; and in general, in the dimensions of time, the past, the present, and the future.  In space, also, this number three occurs, as above, in midst, and below; right midst, and left; and in general, in the dimensions of space, as length, breadth, and thickness, or depth.

To the eye, the number is represented in the regular figure of the triangle, which has been applied to numberless symbolical representations; the ear perceives it most perfectly in the harmonic triad.  As the triple is also the basis of symmetry, that three-figured form is found in architecture and in simple utensils, without any particular reference to symbolic or other significations.  Of this kind are triglyphs in architecture, the tripod, trident, the three thunderbolts of Jupiter, the ancient three-stringed-lyre, though the number has in these objects, as well as in the three-headed Cerberus, other more symbolical relations.  The Triad, represented by the delta, is a significant emblem in a large number of Masonic Degrees."

It is and has been, a serious problem that secret societies, including Freemasons, have a very high interest in directing government to their own ideals that they consider higher than your own.  Remember, these people are enlightened, hence illuminated, so there is a very high degree of elitist attitudes that go along with those in secret societies.  It's all a part of the brain washing, sorry, training that comes with membership.  Is the Masonic order represented at the Board of Supervisors in Gloucester?  Oh yes.  And knowing what these people think and believe is very critical.

"SECRECY:  Secrecy is one of the first duties of a Freemason, but those Masons err much who think they do their duty by only exercising it in things concerning the Order of the lodge.  It is not for this reason only that secrecy is so often inculcated in the lodge as a masonic duty, it is that he ought to use secrecy and caution in all his transactions out of the lodge, and especially where his talkativeness might be the means of causing injury or damage to his fellow-men."

Secrecy is one of the first duties taught to any Mason and not just about the lodge, but in all matters that could harm his fellow-men.  We have already shown that numerous Gloucester County officials are on the boards of the Triad organization.  We have shown through video that the Triad is now fully incorporated into the Gloucester County government. What we must point out now is how this Triad thinks and secrecy is a big part of what they believe in.

So do not expect anyone in Gloucester County government to fix any of these issues.  They are all tied together.  Because secret societies believe they have a right, a duty, to control government, part of the real threat that comes about all of this is that they will ignore state and even federal laws to push through what they want believing that theirs is a higher purpose and for the benefit of mankind.

"CONCEALMENT:  Keep the door of they lips nor even let the frantic moments of revenge wound that which, in sober reflection, perhaps thou wouldst wish, in vain, to spend years to heal.  Think the best, but never speak the worst; reverence and imitate the good qualities of others, but to all their defects, whether real or imaginary, be a Mason in secrecy, and thus prove to the world - whose eye is curious, indeed, over Masons - that one of the secrets of Masonry is the concealment of our brother's fault, which by discovery, could neither be amended nor obliterated."

In other words, never admit anything.  Even if it means clearing your own mind, you could harm your masonic brother in revealing the truth.

You will not ever get a response on these issues from the Board of Supervisors or the Trialaterlists.  They are bound by secrecy to protect the Order.  They may deny any wrong doing.  But they will never give you the truth of the matter.  But hey, this is all one big secret anyway.  So don't tell anyone you know this or admit you ever read this.  Deny that it's even on this site.  In fact, don't even talk about this to anyone.  If anyone brings this up to you, tell them that it's a mystery to you but give them the answer of 9.  Why 9?  It's a mathematical mystery.  3x3=9  3 to the third power = 81.  8+1 =9.  9=3x3.  3 is the holy Triad.  Now you are illuminated.

We have also shown on this site that the county does in fact ignore state laws and creates it's own ordinances that are in violation of state laws.  Judges go along with these ordinances as well as the county attorney.  Just how deeply the Masonic Order is embedded into the county is unknown.  County employees have been heard to violate many laws and all with impunity.  Understanding how this all happens is what this article has been about.


Free MP3 download.  Seed of Sin by Heifervescent.  A hot pop song with a strong beat to get you moving.
https://docs.google.com/file/d/0B5NJpRCvjyV8OUVRU01ua194YnM/edit?usp=sharing