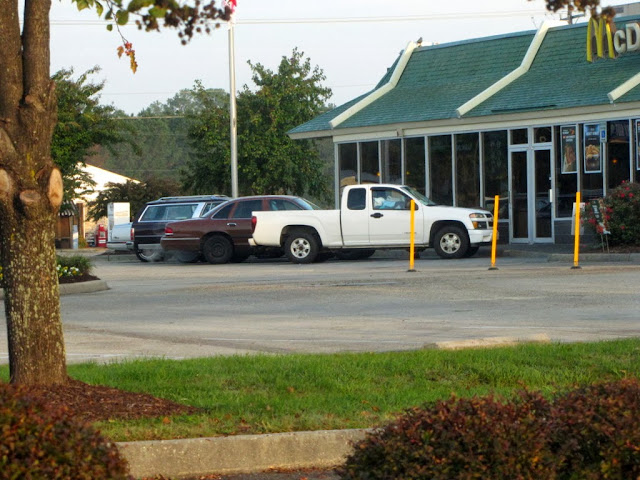 About 8:05 AM.  Looks like we have a winner.  Government employee seen going into McDonald's for another happy meal. 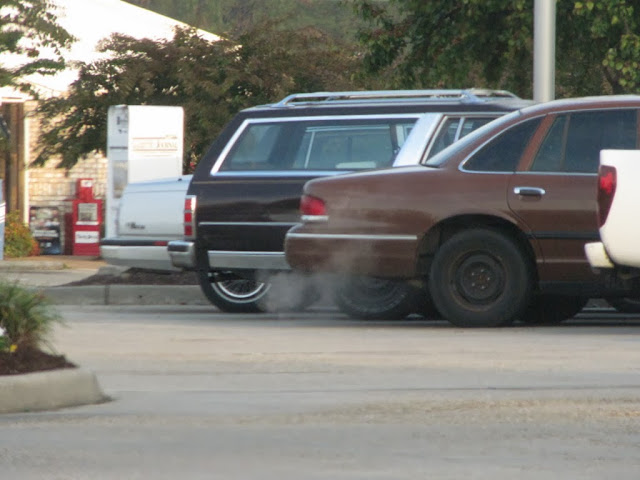 Government employee is inside McDonald's while car sits outside running.  You can see the exhaust coming out of the tailpipe in the above picture. 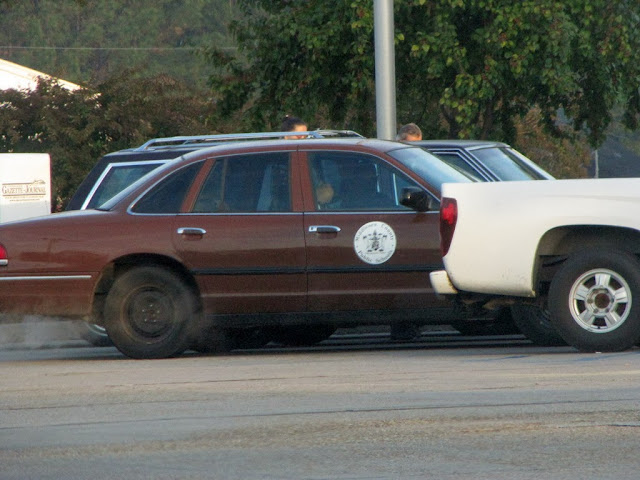 Good news for Gloucester officials.  It's a Middlesex county government employee we caught. 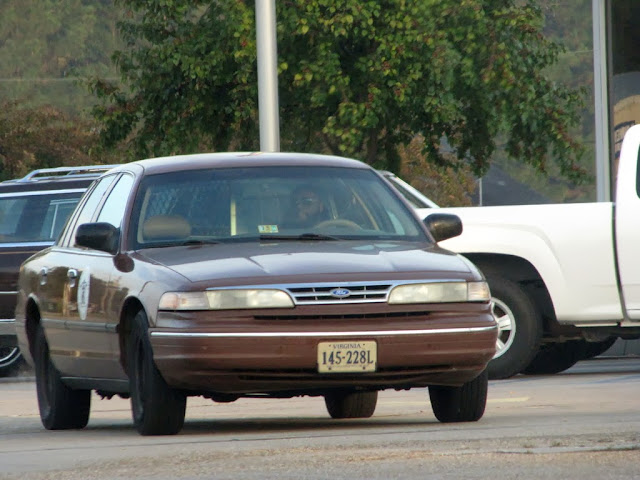 Anyone recognize this employee from Middlesex County Virginia?

Our next catch was watching one of the Sheriff's deputies drive in.  Though he was coming in like last week to make sure that no government employees were trying to go through the drive through windows or stopping in where they didn't belong into the local restaurants.  Turned out he just wanted breakfast himself and Hardee's drive through at about 8:15 AM.

Last Monday a deputy came in and sat in the parking lot for about one hour to watch the parking lot making sure no Gloucester, government employees were trying to hit the local restaurants while on the clock.  Problem was, he was facing the wrong way to catch anyone.  Unless of course he was just napping.  Don't think he was napping, but there was no one to catch last week.  We tried to wave to the deputy last week from 7-Eleven but he ignored us. 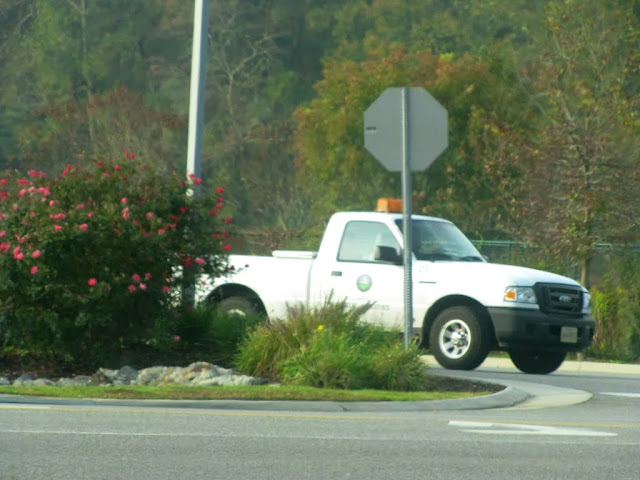 Widescreen shot.  He came out of the parking lot in the above picture at the far right hand side.  You can see the flowering bushes do match.

Our next one is a video of  another Public Utilities employee driving truck number 24 down the highway at a speed we estimated at about 70 mph in a 55 mph zone.  We were doing about 60 to keep up with the flow of traffic.  The video is just below.


Boy, it looks like a really bad day to be a Gloucester County, Virginia official having to answer for all of these issues.  But then again, we know they really just do not care.  It's your money they are wasting so big deal right?  Never mind that if a Gloucester, government employee may get into an accident while doing something they are not supposed to do will cause an insurance claim not to be paid.  So who would end up paying for these employees mistakes if an accident should happen while they are somewhere they are not supposed to be?  The county would pay up.  That means your tax dollars.  But again, what do they care, it's your money and we keep showing how it sure looks like they are wasting millions of dollars of it.

Now everyone needs to be as silent as possible for a few minutes.  We might just be able to hear s few more retirements coming down the road along with a few jobs opening up in a few months in some key positions.  SSHHHH!  Can you hear it?