Gloucester, VA What The Daily Press Didn't Tell You, July, 2014 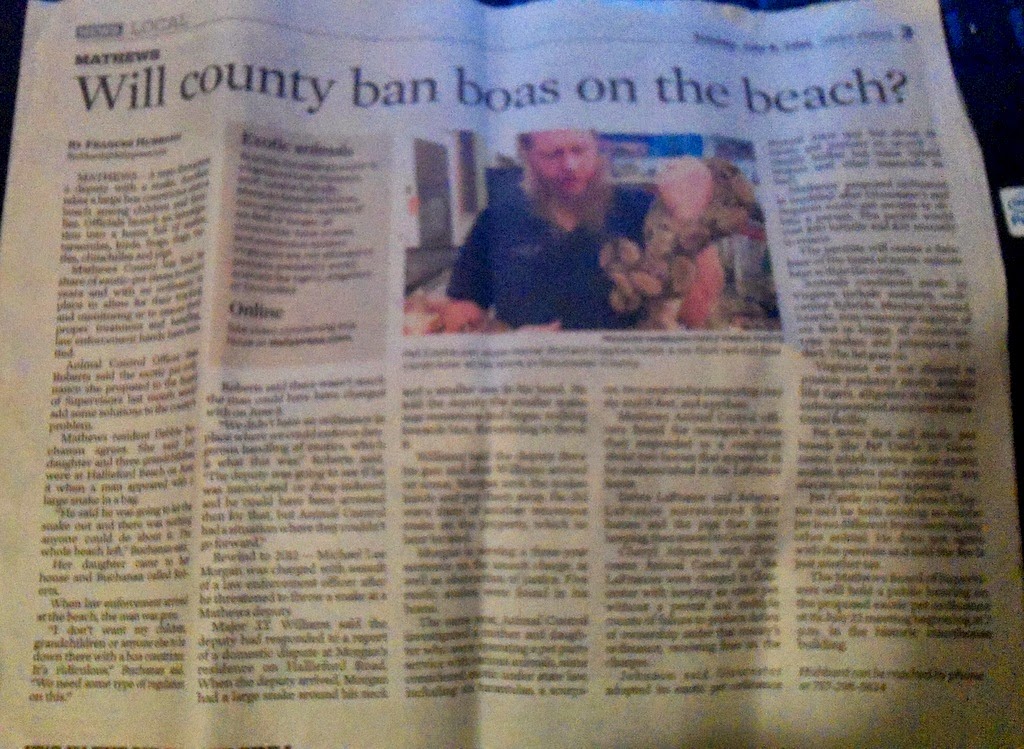 The Daily Press newspaper had an article shown above in the Sunday, July 6th, 2014 edition.  In that article a mother daughter family was brought up along with animals they once owned.  The Daily Press only gave you a part of that story and we contacted them with more information and yet they decided it was not in your best interest to ever hear the rest of the story.  The Mother Daughter team are the LaFrance's.  We covered the story from the very beginning here on this site, however we did not use their name during that time.  That nightmare began over a year and a half ago just days before Thanksgiving.  Gloucester Animal Control charged the family with Failure To Perform Duties of Ownership on 26 different charges.  Problem with that is that the title of the law was in violation with state code and hence not at all valid.  But that did not stop the county attorney from continuing to prosecute them under this disgraceful ordinance.

The charges were dropped way down later in court, but in the mean time it forced very harsh and undue consequences on the LeFrance's and there is some serious questions as to harassment from Animal Control officers in regards to the LeFrance family.  We have a statement that was offered to the Daily Press and they did not want to even hear it and never covered the invalid charges from Animal Control that we showed them.  The statement is as follows:

"Mathews County knew about the exotic animals in question with the above article as we applied for and were given a Mathews County business license.  To get this license we had to disclose that we were running an exotic animal education business and what animals were involved.  The business had both a USDA and Virginia Fish and Wildlife permits which meant regular inspections for quality care and animal health.  The business had a great reputation and performed programs in schools, nursing homes, churches and private programs in five counties.  We used small and gentle exotics of all species including gentle reptiles and everything was well received everywhere we went."

If the local papers are not willing to tell you the entire story, then we will.  And we are going to start doing so on a regular basis.
at 1:57 AM