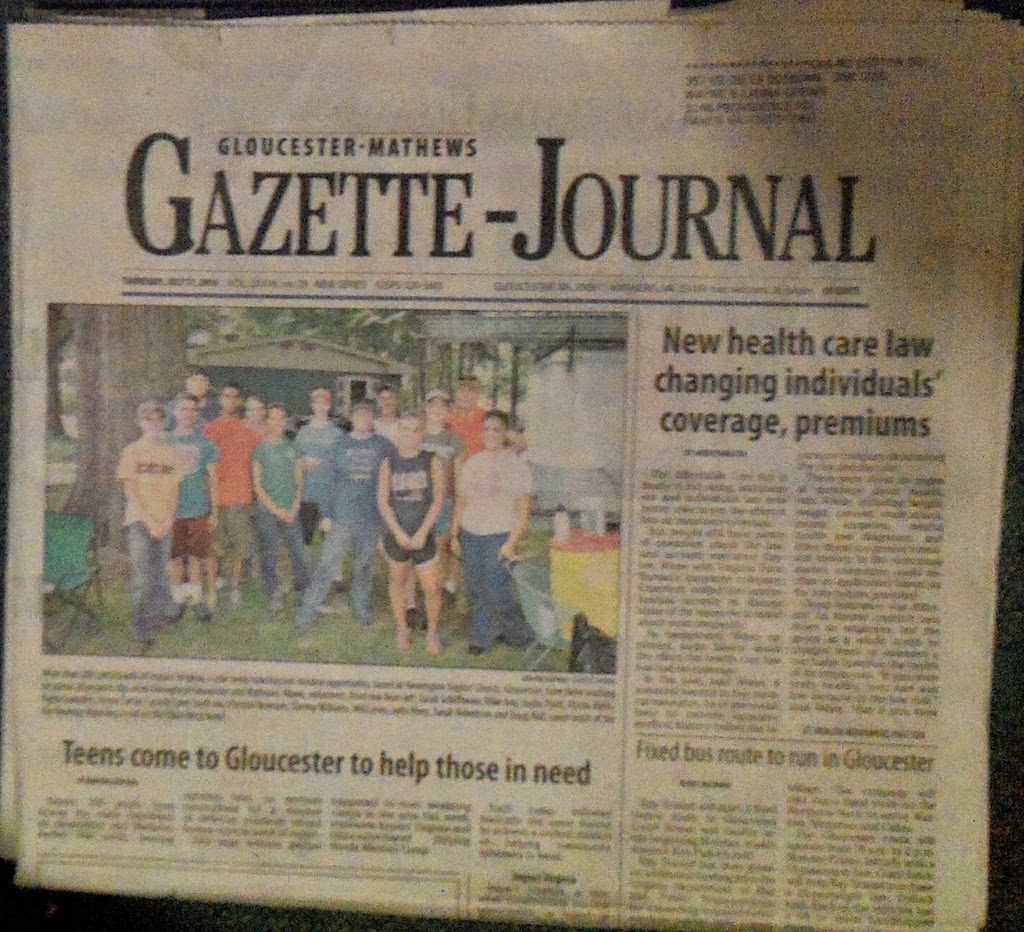 Well when you have a few select individuals that may just benefit from sewer going to the park at taxpayer expense, it might be worth putting up the fight to argue the park needs taxpayer money so that the few do not have to pay the expense of getting sewer which would raise the  value of property in the area that is up for sale.

The map above shows property around the Woodville park that would benefit from sewer being run to the park.  They would then be able to hook up to the sewer line for much less than having to pay to run the line down themselves.  A question comes up and has been asked if the park may have been donated in order to get taxpayers to pay for county services instead of paying to run lines themselves.  It would possibly be a much cheaper option to pull off if it would have worked.

The local paper seems to support the idea that the Board of Supervisors did not act in the best interest of the people because they did not fund the sewer line.  The arguments at the meeting were that this park is exactly what the children of this county need.  Claims that Gloucester County lacks proper parks was stated over and over.  Never mind that Abingdon Community park is capable of fulfilling the needs of a sports complex park.  But we are told that the community park at Abingdon is owned by the school board.  Never mind that it already has water, sewer and or septic and electricity.  It also has lighting too.

But let's buy the argument that the Abingdon park is owned by the school board, thus not available as a sports complex park for county residents and others outside of Gloucester County.  What everyone failed to look at is Ark Park.  A full sports complex with soccer fields galore, basketball court, baseball diamond, bathrooms, water, sewer or septic and electricity as well.  It has 3 dedicated soccer fields, two make shift fields and room for two more fields or a football field, baseball diamond, amphitheater or camping area.

But wait!  How many soccer fields does the county need?  We found yet another area with multiple soccer fields and it's right in the courthouse area. 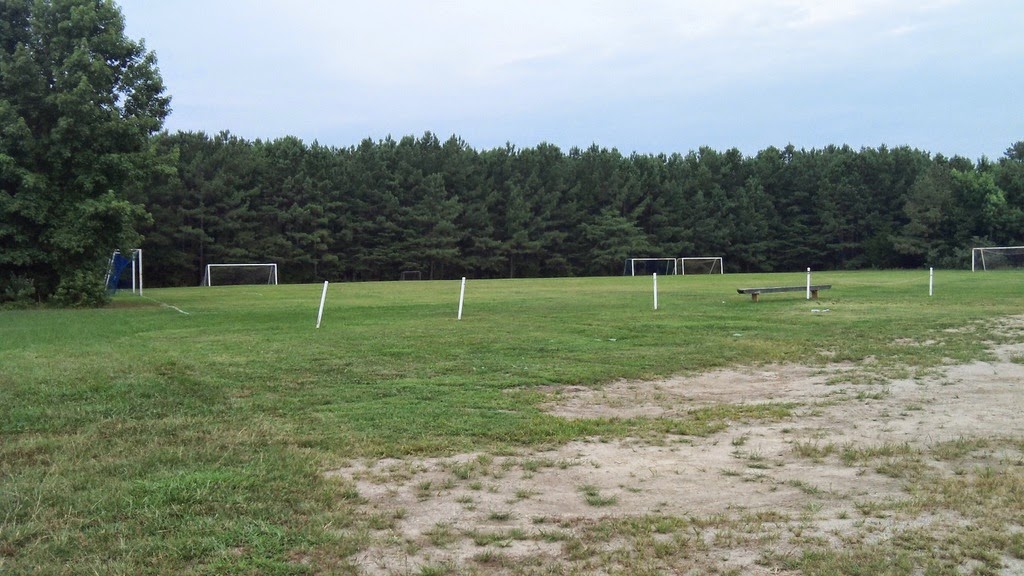 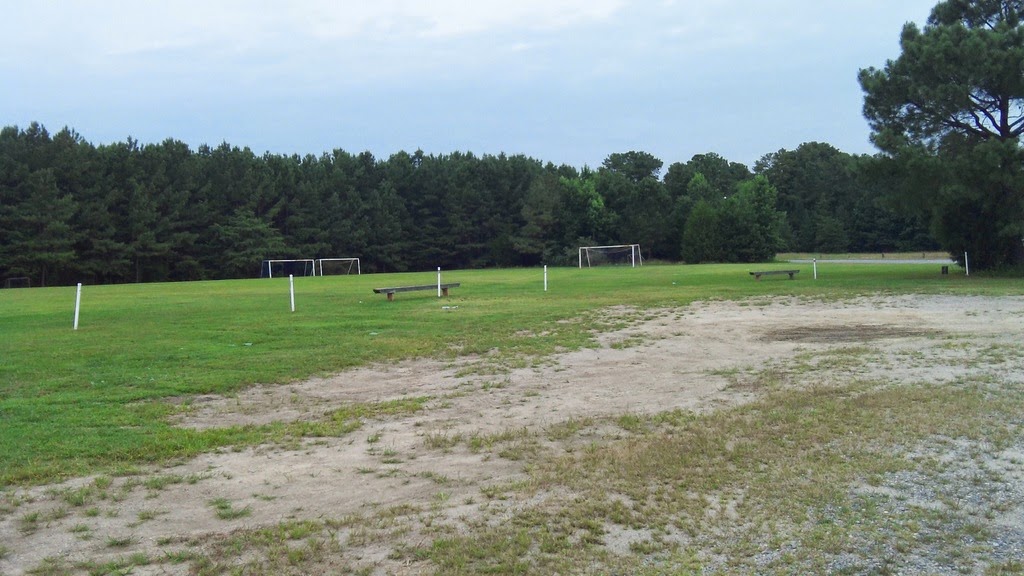 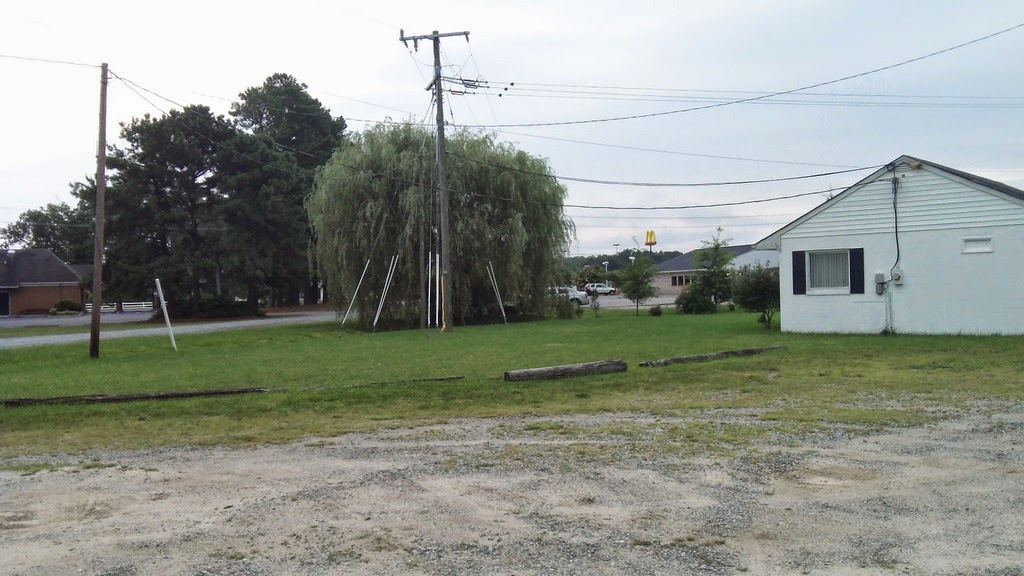 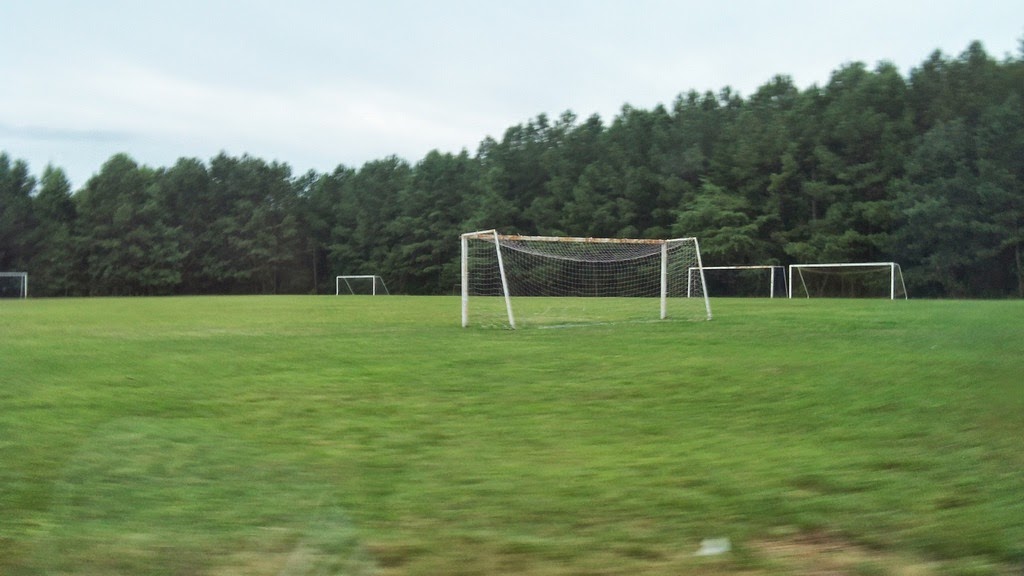 This is right across the street from McDonald's which is located on route 17.  This soccer field is on the small dirt road that goes to the Gloucester County Golf Course.  Now these fields do not have lights, bathrooms, running water or other desired amenities but it offers yet more fields that were being complained that the children of this county must simply have in order to enjoy a decent quality of life here in Gloucester.  Is anyone's BS meter going into overdrive yet?

How many parks does Gloucester County need?  The moment you get into the county, you already have 2 parks.  Gloucester Point Beach and Tyndall's Point Park.  Then we have Abingdon Community park.  Now Woodville Park,  Beaver Dam's 2 parks, a proposed state park up by the Rosewell Ruins, Ark Park, and still another park in Ark in commemoration of Powhatan and Pocahontas.  That is a total of 8 parks for a county with less than 40 thousand people.  Most of the parks are not even used in the county most of the time.  Yeah, we need more parks and should spend every penny we can and a lot more to support everything that everyone wants so that maybe one day, someone will actually use something.

Don't get us wrong.  We appreciate Woodville park and all the work that the community has put into it.  We just do not buy the arguments to spend a bunch of taxpayer money, especially in this economy, on parks or other areas that look like the money spent would only benefit the few instead of the majority.
at 6:16 AM