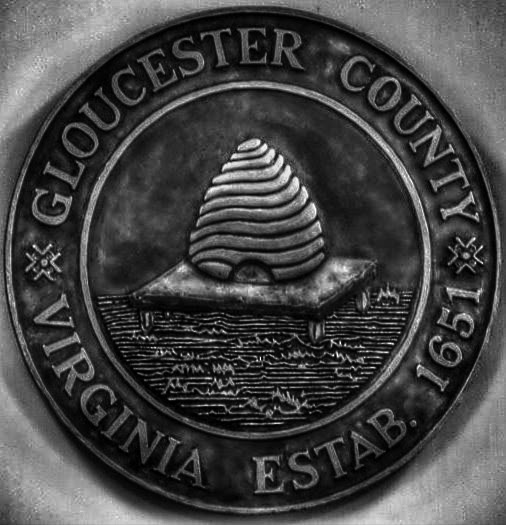 At a press conference in Richmond, Governor Terry McAuliffe announced the savings actions he will execute to eliminate the revenue shortfall in the Virginia budget for Fiscal Year 2015.
Due to revenue collections that came in under the budget projection set in 2013, the Governor asked executive branch agencies to submit budget reduction plans of 5% for Fiscal Year 2015 and 7% for Fiscal Year 2016 in order to close an $882 million budget deficit. Today’s announcement focused on the Governor’s budget reduction strategies for FY2015.
“Making these budget reductions has been the most difficult experience of my term so far,”said Governor McAuliffe.  “In a government as lean and well-run as ours, there are few spending cuts you can make without impacting the lives of Virginians. The goal was to keep lay-offs to a minimum and protect our core services. The budget I present in December will be a sound and balanced approach to navigating the challenges we face and building a foundation for a stronger economic future.”
Below are a copy of the Governor’s prepared remarks.

Good Morning.  Thank you for being with me here today.

Today, I am here to announce my actions on the budget for fiscal year 2015.  After much deliberation, discussions and hard decisions, I am presenting today the approved budget savings plan.

Before I begin, I want to discuss the process, which is almost as important as the outcome.

When I came into office in January, I promised to work together with the General Assembly to find common ground on issues of importance to all citizens of the Commonwealth.    From SOL reform to transportation prioritization to job creation, we came together to make Virginia a better place to live, work and prosper.

Toward the end of the fiscal year, we started to see revenues not meet the forecast set out in 2013, before I took office.  This would create a shortfall for fiscal year 2014.

First, I notified the leadership of the money committees and promised to work with them every step of the way to fill this shortfall.

Second, I directed all agencies to be prudent and curb any excess spending.

The General Assembly created budgetary reserves totaling $846 million in the current Appropriations Act.  In addition, $705 million could be withdrawn from the Revenue Stabilization Fund during the two year period.  These two items provide a “cushion” of $1.55 billion to address the revenue shortfall.

The total shortfall in the new interim forecast is projected to be $2.4 billion. This means the problem remaining is $882 million.   Of this amount, $346 million will have to be found in this fiscal year, while $536 will be needed in fiscal year 2016.

During this time, I worked closely with the leadership of the General Assembly to set out the parameters for the cuts.  The outcome was HB 5010, a supplemental appropriations bill that outlined the process and the amount of cuts from four areas:

In addition, the bill authorized use of the Revenue Stabilization Fund for both fiscal years 2015 and 2016.

I asked for three things to be a part of HB 5010, and I am glad to see they were all included in that legislation.

The first request was that there would be no cuts to K-12 education in the first year.  We need to protect our core services including K-12.  All school divisions have already started the school year with a set budget adopted last spring.

It would be irresponsible to make changes now.

Second, I asked that the money designated for “A Healthy Virginia”, my healthcare access plan, be preserved.  This bill gives me flexibility to utilize the remaining balance in the Health Care Fund to move forward with these much needed initiatives.

Finally, this budget bill allows me to reallocate $5 million for economic development and workforce training - both top priorities of mine.

Making these decisions today has been an exhaustive process.  We have worked hard over the past few weeks to get to where we are today.  Some initial options were unacceptable, and we had to ask for a different strategy.

My goal was to keep lay-offs to a minimum and protect our core services.  The 565 lay-offs that will result from these actions comprise just half a percent of our state workforce of 120,000 full time equivalents, both wage and salary. Ninety percent of these lay-offs are from the Department of Corrections alone.

I have been working with the Department of Human Resource Management and have put a plan in place to give these individuals the resources they need to find future employment.  Had we not prioritized state employee jobs, this situation could have been far worse.

In addition to our efforts limiting layoffs, these are some of the other themes that define the actions we are announcing today:

Specifically, we are doing the following:

On December 17th, I will present to the General Assembly the budget for fiscal year 2016.

We will continue to review the 7% cuts in the second year, and I am not ready to make these decisions at this time.

I have asked my staff to look at alternatives. Let me be clear - everything is on the table.

If we can preserve core services that Virginians need by adjusting fees or eliminating tax preferences, we should. The budget I present in December will be a sound and balanced approach to navigating the challenges we face and building a foundation for a stronger economic future. I have enjoyed a strong working partnership with the leadership of the General Assembly on these issues so far, and I am looking forward to continuing our collaborative work in the 2015 session.

Making these budget reductions has been the most difficult experience of my term so far. In a government as lean and well-run as ours, there are few spending cuts you can make without impacting the lives of Virginians.

While this budget plan represents a sensible approach, I am cautiously optimistic about the fiscal future ahead. Some areas of the economy are recovering slowly while other areas remain stagnant. It is my hope that we have set our revenue estimate low enough that our slow recovery may boost our budget to the point where we could begin to undo some of these cuts and strengthen the investments our economy needs. But until we actually see that happen, we have a responsibility to remain cautious in the face of an uncertain future.

Later today I will meet with the Joint Advisory Board of Economists (JABE) to seek their council.  I will heed their advice as well as the Governor’s Advisory Council on Revenue Estimates when they meet on November 24th.

While I believe they too will remain cautious, the news has not been all bad. As we announced yesterday, preliminary total revenues for the month of September were up 5.3 percent and through the first quarter of fiscal year 2015 they are up 6.7 percent, ahead of the annual estimate of 2.9 percent.

This is the first time revenues have increased three months in a row since the second quarter of calendar year 2013.

Recordation taxes finally had a positive month after falling for 13 straight months.  We saw a 1.9 percent growth in the month of September.

Even though this is positive news, we need to be prudent in the fiscal decisions we make.

As we saw last year, an unexpected revenue decline could be just around the corner. In the midst of uncertainty over sequestration and the federal budget, we have an obligation to prepare Virginia as much as possible for the reduction in federal spending that we know is coming.

The reductions we are announcing today are a short-term response intended to insulate Virginia from the possibility of even further cuts. And in the long-term, as I have said before, we must work together to grow and diversify our state economy so that we are no longer subject to Washington uncertainty.

And so my focus will remain on building a new Virginia economy that is stronger, more independent and more resilient. My administration is hard at work pursuing that goal on all fronts.

We are working to strengthen our education and workforce development system so that we are giving every student the skills he or she needs in a 21st Century economy.

Yesterday, we unveiled the 2014 Virginia Energy Plan, which will help drive our economy into the future by growing key sectors like wind, solar, nuclear technology and natural gas so that we can offer businesses the cheapest, cleanest and most abundant energy in the nation.

We are continuing to grow and strengthen our transportation infrastructure in ways that encourage economic growth and raise Virginia’s quality of life.

Our outstanding quality of life, world class workforce and outstanding infrastructure are real assets.  And so is Virginia’s long-standing reputation for sound management, even in the face of difficult situations.

This budget shortfall is not what I had hoped to be dealing with in my first year as Governor, but I am proud of the manner in which leaders on both sides of the aisle came together to address it.

Thanks to the hard work of Secretary Ric Brown and his team, who worked alongside Chairmen Colgan, Stosch, Jones and their staff, we are meeting these challenges in a way that protects our core assets, minimizes layoffs, and positions our Commonwealth for future growth.

While I know we all hope that the budget news from here forward will be more positive, all Virginians should be encouraged to know that their leaders are capable of coming together to get things done for the good of the Commonwealth.