Violet's Rant: While They Are Busy forgetting About You 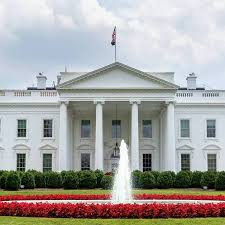 Well, what a day! I take some time off for me and find the wicked witch of the West reared her ugly head. Geez, I wonder if she ever goes back and takes a glimpse at herself. My guess is, she probably does. That's why she needs another xanax chased down with her favorite shot. We see the lasting effects when she speaks to CNN, it appears the rest are catching on. Afterall their ratings are talking to them. I don't know about you but I find her more of a side show freak than a politician. The "reptilian woman", that's what they should be calling her!. Why isn't she in the circus where she belongs? Oh, that's right. She brought the circus to the White House and along with her she brings a rat with a human head, who nominated himself judge and jury. And every now and then that Joker who should be running from the Batmobile stands alongside of them. Snakes and jokers and rats ! Oh, my! It's a real circus show alright.
Now, pardon me for not doing my research but I am meeting our next Governor today! Yes, Republican Merle Rutledge is coming to Gloucester!!! Please remember his name! He's a strong supporter of our President and we need to take back our state!
What I keep wondering is while the democrats are busy forgetting about you....how is turning Virginia into a democratic state going to affect us? I started to ask myself.....what is the rate of the homeless in sanctuary cities? Hmmm.... I know of a couple for sure.... San Francisco, represented by the Wicked witch of the West, Nancy Pelosi. Who, don't forget offers free housing and entitlements to illegals has over 8,000 Americans living on the streets there. Don't drop your jaw yet .... that rat with the human head, Schiff.....well, his city has a whopping 36,000 homeless! Do you see, anything wrong with that picture? They say "all are welcome" says Pelosi, yet they haven't done anything for the people but waste their hard earned tax dollars for the past three years....on a witch hunt that has no foundation.A mockery of everything our judicial system stands for! Now, let's not over look that Joker from New York City who should paint his face and yet, cackles like the Joker he is. Did you know over 63,000 are staying in shelters there? Wow! But they are a sanctuary city!!!! Now, it should be pretty clear they aren't really concerned about their citizens, now are they? They leave our own out in the cold and welcome those who have put nothing into our society. https://www.usich.gov/tools-for-action/map/…
Yet, the three circus freaks are holed up in the basement trying to uproot the very foundation that America stands on. Don't look at me....I didn't vote for them and I sure didn't vote for Blackface Northam either. I don't know about you but I don't want to see the great state of Virginia which currently has approximately 6,000 homeless.... (less than Pelosi's city of San Francisco) to become greater when democrats starting to open sanctuary cities but Virginians beware! Richmond and Alexandria are one step away from this travesty and if Blackface has his way.....you'll be stepping over human feces as you take your child school shopping or your Mother out for dinner. This is serious business people!
Now, I won't be watching the whiny cry baby Ivanovitch today.....but I sure do plan on recording it. I can't wait to see what happens when Mr Jordan gets a hold of her....oh, Lord. If you haven't realized it's all a diversion yet..... you will soon enough!
Well, in the near future I do hope to put up all of the sanctuary cities and their rate of homelessness, I did however put up a link if you'd like to check it out.  For now though, I think my next rant is going to be directed at that group of Mansonians we seem to overlook all too frequently. Yup, it's time to look into that. It's long overdue actually. Of course, I have been saying it all along but people don't listen until they start looking for answers in desperation. Hopefully it's not too late to fix a problem Hillarys village created. Ponder that why don't you! Who know's? Maybe I'll have that up before I leave this morning. Yea, hopefully....I can open some eyes on that issue!
Well, I'd love to talk about the rest of the circus but quite frankly, they get too much attention without my help! Afterall, they are busy forgetting about you. Maybe it's time to let them know you are forgetting about them. One last thing..... Virginians, I am not so sure about you but I don't want democrats controlling this state. I mean if you are barely making it now, imagine what's going to happen when illegals take precedence over you? Or even worse, when more Virginians become homeless? No, we can never allow that and it's time to speak up. and make that change!
at 4:39 AM