In State Constitutional Convention, Part 3, How The Court Works 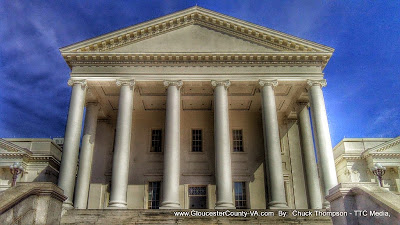 Quoted from Chief Justices John Marshall and Joseph Story, of the United States of America, Supreme Court.  It is the people who created the Constitution.  (McCulloch v. Maryland, Fletcher v. Peck, Martin v. Hunter's Lessee and Cohens v. Virginia).  And as stated by both of these men, "We The People" are the ultimate authority and power.  It is our final say as to what the laws are and how they will be applied.  Not the legislature.  Therefore when the Legislator inflames the people, as they are doing today, "We The People" either through our locally elected officials as a republican form of government, or through our own will, have the right and the duty to alter, abolish, restrain, nullify, and or arrest offenders of our government when they violate our unalienable rights.

What I am calling an In State Constitutional Convention is simply a court of the people where our republican form of government may represent us in a state wide convention court or if need be, where "We The People" do this ourselves should our elected officials refuse to do their duty.  But "We The People" do not have the backing of law enforcement.  A valid point, but one we can overcome.  Since "We The People" are in fact the ultimate arbiters of our Constitution, we can and have the full right and duty to form Militia's which become the force behind the authority of our judicial tribunal against Governor Northam and the Democratic and even some of the Republican legislators and hold them accountable for their actions as well as nullify their codes.

The In State Constitutional Convention is exactly that.  A Judiciary Tribunal.  If conducted by our locally elected officials on our behalf, each member from each locality are a part of the judiciary and are in fact conducting a tribunal of law.  In other words, each member sent to the convention, is a judge.  There is no head judge like we see in our local courts today.  That is a bastardization of what our country was founded on and an usurption of the rights of "We The People", as made clear by both Chief Justices John Marshall and Joseph Story.

From the 1828 Dictionary by Noah Webster:

2. Pertaining to the courts of judicature or legal tribunals.

JUDI'CIARY, noun That branch of government which is concerned in the trial and determination of controversies between parties, and of criminal prosecutions; the system of courts of justice in a government. An independent judiciary is the firmest bulwark of freedom.

1. Properly, the seat of a judge; the bench on which a judge and his associates sit for administering justice.

2. More generally, a court of justice; as, the house of lords in England is the highest tribunal in the kingdom.

Following the common law tradition of what our Commonwealth and Nation was founded on and has since, illegally abandoned, unwritten or common law a rule of action which derives its authority from long usage, or established custom, which has been immemorially received and recognized by judicial tribunals. As this law can be traced to no positive statutes, its rules or principles are to be found only in the records of courts, and in the reports of judicial decisions.

A chief judge in a tribunal of common law is not one with any form of authority.  The Judge is just someone who referees the tribunal.  Nothing more.  That judge can not determine any form of law.  It's the judiciary of the tribunal that determines the law and any violations thereto.

https://www.nationallibertyalliance.org/common-law  Start your research here to see what you think about the above.  It's all laid out for you in plain, easy to understand, English.

We highly recommend if you are not a part of the militia, or want to join a militia in your locality, or we also highly recommend that existing members and militia all have their people register as such on our National Militia Alliance.  The Alliance is not over any militia at any time.  It shows you are registered as a Constitutional militia and following the laws of the Constitution of these United States of America.  https://www.nationallibertyalliance.org/common-law  There are no fees to register and we offer a great level of education, communications and standardization for compliance purposes. 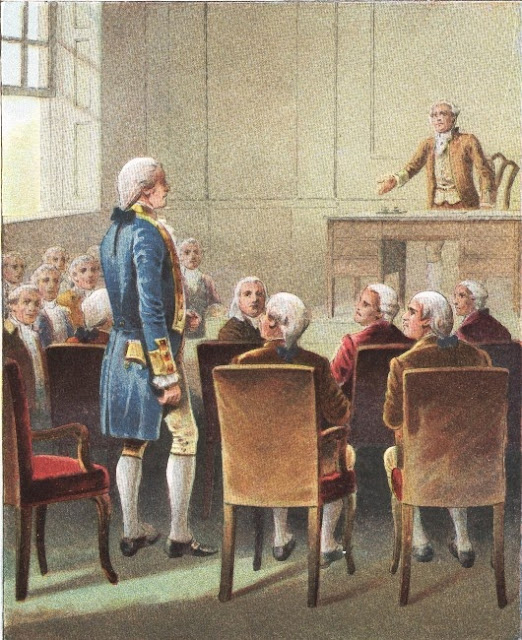