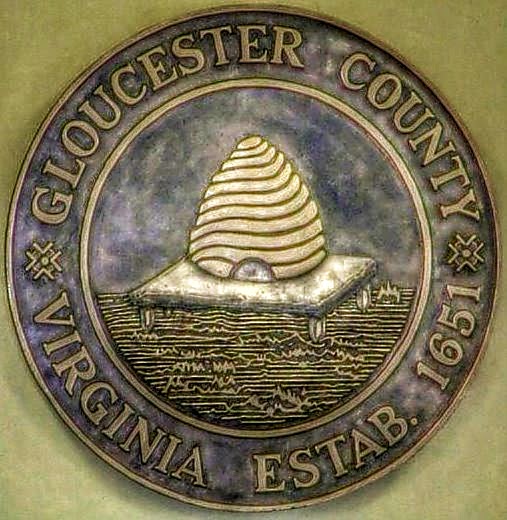 Gloucester Pawn Shop located at the 4900 block of route 17, George Washington Memorial Highway was robbed a few nights ago by a group of at least 3.  Above is the video from WAVY TV 10 that shows some of the surveillance video of the robbery while it was in progress.

If you are not comfortable with reporting any leads to the Sheriff's department, you may contact us with any information and we will act as a go between while not revealing your private information at any time.  You can contact us through our email that is linked above in the contact us section of the site.

GLOUCESTER, Va. (WAVY) - After losing her three children and mother-in-law in a fire, a Gloucester woman is giving back to the community that helped her during her darkest hour.

Grogan knows all about loss. On a bitterly cold night in January, fire erupted inside her Summerville Road home.

"The nightmares have gone for the most part," Grogan added. "I had one a couple weeks ago, and it was really bad."

A nightmare isn't even the word to describe what she went through. She was saved from the burning home, but her four loved ones weren't as lucky. Seven-year-old Thomas Grogan, 2-year-old Michael Grogan and six-month-old Gabriel Grogan were killed; their grandmother, Virginia, died after running back into the burning home.

"In my mind, I knew they were gone when nobody came out [of the burning home] after me," Grogan said.

The home was destroyed, but Jessica is rebuilding her life. Part of that, is giving back to a community that helped her husband and her when they had no one else.

"When the fire happened, we were only given three days in a hotel by the Red Cross, and we had nowhere to go," Grogan added.

Grogan and her husband were essentially homeless.

"It only takes one person to change somebody's life," she said.

Jessica, along with a couple friends formed a group inspired by the idea of creating a change. They started a Facebook page called "Make the Homeless Smile." They hope to convince people everywhere to get out and help a neighbor, the same way neighbors helped her when she had nowhere to go.

"There are homeless people everywhere," Grogan added. "You don't know what the situation is, and it happened to them."

For Jessica, the cause is near to the heart. It's also about finishing what a seven-year-old started.

"Little Tom, he was my angel," she said. "Even when he was here, he was an angel in disguise."

In his short time on Earth, Thomas learned the meaning of giving. Jessica says he helped his father ring a charity bell one Christmas. He also donated his piggy bank to help victims after Gloucester was hit by a tornado.

"If a seven-year-old can do it. grown ups can do it too," Grogan said.

This mission by Jessica and her group is really just beginning. They are holding an event September 28 -- that's the day they want everyone to get out and do something nice for someone else.

http://www.wavy.com/news/local/mission-for-fire-victim-is-help-others  Link back to original story.

The Environmental Protection Agency says AFS had a violation back in 2010 -- a violation 10 On Your Side wanted to know more about.

According the EPA, AFS had a state inspection in April of 2009 and a Compliance Evaluation Inspection in September of 2010.

Information on the EPA’s website says the company was cited by the EPA for a, "Significant Non-Compliance" sometime between September and July of 2010, but no where does the EPA explain the nature of that noncompliance, which according to the Government, remains unresolved.

Since that time, the EPA has had very little else to say about that violation or how the company is doing now.

A company executive told WAVY.com that the Environmental Inspectors with the Virginia Department of Environmental Quality who visited the facility Thursday morning found no problems and did not cite the company for any violations.

Mike Miller is mowing a neighbor's lawn, but he wonders about the government's interest in one of his other neighbors.

But the EPA says policy forbids them from talking about an ongoing investigation -- policy the agency says is in the public's best interest.

"Actually, releasing sensitive enforcement information that may jeopardize settlement negotiations could in fact possibly result in less protection of public health and the environment,” said EPA Spokesperson Terry White on the phone with WAVY.com.

"Three years and they can't tell us anything? Who's doing their investigating?" asked Audrey Lemmon, who lives near AFS, Inc.

Lemmon lives about a mile or less from AFS with her two-year-old grandson and wants the EPA to share information about the violation back in 2010.

AFS released this statement to 10 On Your Side: "As for our community, we are constantly checked on to make sure we are in compliance with the chemicals that we hold in this facility."

10 On Your Side obtained a full copy of the EPA's disclosure policy.

AFS executives told WAVY.com Thursday they want the EPA to go public with the report because it shows their neighbors the original violation was not significant and the issue has been resolved.

http://www.wavy.com/dpp/news/local_news/company-questioned-after-hazmat-scare  Link back to WAVY TV 10 website where story originated.


Updated: Monday, 24 Jun 2013, 1:14 PM EDTPublished : Monday, 24 Jun 2013, 1:02 PM EDT
SURRY COUNTY, Va. (WAVY) - Surry County investigators have uncovered the remains of a man who reportedly died nearly a decade ago.
The remains of a black male who would have been in his late 40s at the time of his death were found behind a home in the 12000 block of Rolfe Highway Monday. Investigators had been searching for the man’s remains since Friday.
Sgt. Dearyl Anderson with the Surry County Sheriff’s Office told WAVY.com deputies received a tip of a homicide that occurred at the home on Jan. 1, 2006. Based on the information given to them, they searched the area and found the scattered remains buried about three feet underground on the back right corner of the property.