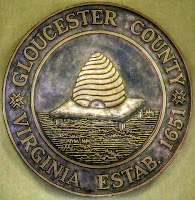 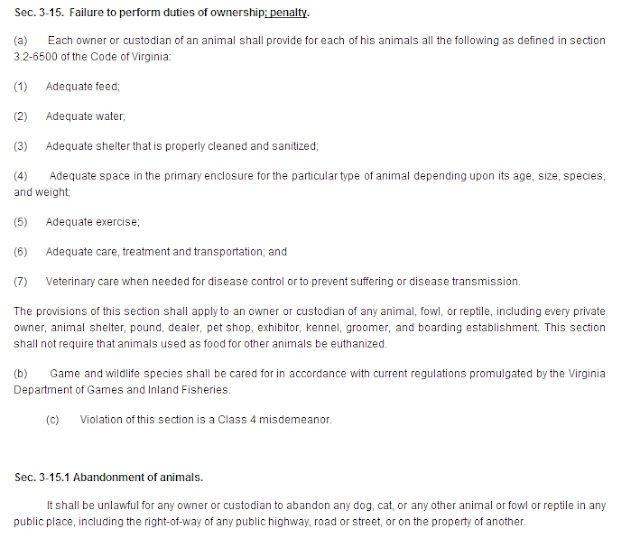 The above is copied as a jpg image from the Gloucester County Info site and used here under DMCA fair use laws.  The above is very general and has no real definition.  At any given point, everyone can be held liable for violation to the above.  This is the most common violation used by Animal Control in Gloucester County as it can not be defined.  If it can not be defined then we say that it is not a law.  It is nothing more than hoodwinking and abusing people and their own rights in our opinion.  In other words, it's tripe.  Gloucester County needs to define the above law and make it very clear.  Are we talking about a moment in time or are we talking about one day, a week a month, or just one minute?  If it's not defined, then it will continue to be abused and used against anyone Gloucester Animal Control wishes to use it against.

Now here is how Gloucester County Animal Control defines this law.  They use the State's definition of terminology of what each section referred to means to those other sections of law.  In other words, there is still no definition to the above.  http://leg1.state.va.us/cgi-bin/legp504.exe?000+cod+3.2-6500  This is the link to VA Law 3.2-6500 as referenced by Gloucester code 3-15.  It does not mean anything.  It's a law based on a definition.  Not a law based on a law.  Nice little trick don't ya think?

Disclaimer:  We are not attorney's and this is not legal advice.  We are just highly questioning Gloucester County Animal Control Law 3-15.  Only an attorney can advice you on legal matters.